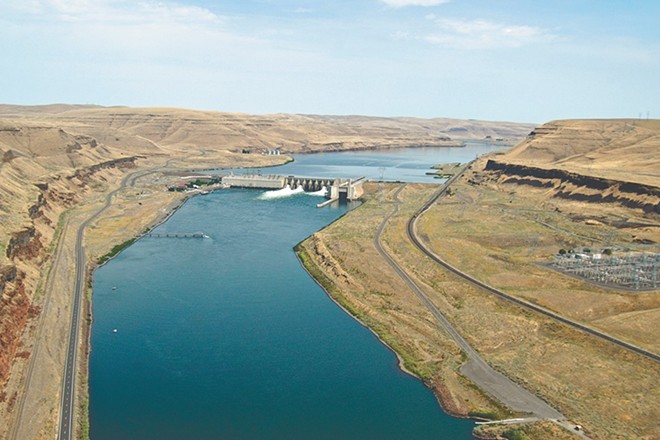 In addition to sometimes increasing the temperature of the rivers to levels that can be dangerous for fish, these dams have had numerous oil spills over the years from the lubricants used in turbines and other moving parts.

But prior to last week, the federally owned and operated dams were not subject to oversight by state leaders, and faced no fines or penalties for breaking federal clean water regulations, explains Lauren Goldberg, legal and program director for Columbia Riverkeeper.

"For decades the federal dam operators have violated federal laws designed to protect clean water and salmon, and now that’s changing, that era is over," Goldberg says. "This is a historic moment for the Columbia River basin for salmon, for orcas and for power."

A somewhat complicated history of water regulations has allowed the federal dam operators to escape the same scrutiny as more local owners have had up to this point. While Washington's Department of Ecology has long had oversight and issued permits for publicly and privately owned dams in the state, it deferred to the Environmental Protection Agency to oversee permits for dams owned by tribes or the federal government. When a tribal or federal dam needs a National Pollutant Discharge Elimination System (NPDES) permit to dump possible pollutants into a water body, it's up to the EPA to oversee that permitting work.

But for a variety of reasons, the eight dams in question haven't applied for those permits until now.

Importantly, the permits have to incorporate clean water requirements from Washington state, which filed what's known as "section 401" guidance on May 7 to accept the permits with additional conditions. As part of its conditional approval, the state also wants to see the dams create plans for reducing PCBs (polychlorinated biphenyls), reduce other pollutants and ensure less harmful lubricants are used in the machinery.

Essentially, this represents the first time that Washington state will be able to enforce things like limits on temperature and pollutants in the river system, Goldberg says.

Without the permits, there was no real avenue for enforcement or policing mechanism before now, she says.

"A lot of people don't realize because it's so turbulent below the dams, they chronically leak oil and sometimes have massive leaks of over 1,000 gallons of oil," Goldberg says. "And the federal government has never paid any penalty for that."

The permits and a sort of pollution "budget" known as a "total maximum daily load," or TMDL, are requirements that Columbia Riverkeeper has been fighting for decades to put on the dams. After years of legal action in the courts, Riverkeeper is hopeful the dams will finally be held to federal standards that everyone else has to follow.

That pollution budget "TMDL" is a separate process, but it's happening at the same time, and it's all connected explains Melissa Gildersleeve, the watershed unit supervisor for Ecology.

"It won't say what needs to happen. It's more of a temperature diet, and here's what's happening, and the things that are influencing that," Gildersleeve says of the TMDL. "Then what will happen is we’ll all start to work on, 'How do we start getting that contribution down, so the water body can be closer to meeting the temperature it needs to meet?'"

Ecology's Water Quality Program Manager Vincent McGowan confirms that this is a historic moment in that it's helping better define the relationship between the state, EPA, and the Army Corps of Engineers that operates the dams, which were built before the Clean Water Act even existed.

"Prior to this opportunity and these permits, these dams have essentially not been subject to Clean Water Act requirements that many other dams are and have been," McGowan says. "Now they will be. That’s quite significant."