A welcome comeback, card deals and gaming to the beat 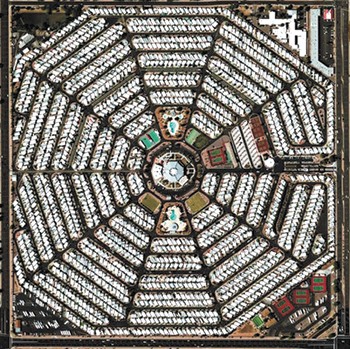 MUSIC | The wait is over, and it was definitely worth the nearly eight years between Modest Mouse's last album, 2007's We Were Dead Before the Ship Even Sank, and the band's new, full-length record, STRANGERS TO OURSELVES, which drops on March 17. Fans of the Issaquah, Wash.-founded rock group fronted by the hollering, guttural vocals of Isaac Brock should already be familiar with the first single, "Lampshades on Fire," which the band performed live during its most recent visit to Spokane in May 2011. Hearing the first four singles off the new record so far is a clear indication that this should be yet another Modest Mouse collection to play through without skipping a single track. The band is also set to headline this year's Sasquatch! Music Festival at the Gorge, May 22-25.

GAMES | The danger of collectible hobbies is always the cost of entry. Ask any devotee of collectible card games, like Pokémon or Magic: The Gathering — to be competitive even in casual settings, players are often dropping hundreds of dollars to build a single deck. But that isn't true of all card games. Fantasy Flight Games is a hugely popular creator of board, card and role-playing games, and for good reason. Its trademarked LIVING CARD GAME format means players know what they're getting in each pack of cards made for its franchise-licensed card games — Lord of the Rings, Game of Thrones, Star Wars and others. There's no randomness whatsoever to these games' card packs, which lets players of any budget get in on the fun and get the cards they really want at a fair price.

VIDEO GAME | It's been so well received by critics — hailed by many as one of the best games of 2014 — that chances are you've already heard of CRYPT OF THE NECRODANCER, but have you tried it? Considered in gamerspeak to be a "dungeon-crawling roguelike," it's actually unlike any other game categorized as such for one single reason. Players must move through levels to the beat of pulsing electro/techno music while attacking enemies. You won't be mortally penalized for missing a beat, but moving and slashing on-tempo rewards you with more coins collected for in-game upgrades. A two-player option and practice arenas make Necrodancer more accessible for casual players, and insanely fun for those who tend to avoid any game described as a "roguelike." It's available on Mac, Linux and PC platforms ($14.99).♦