A great read, a helpful comic and fresh hops abound

BEER | In the Dining Out section of this week's paper, you can read about Paradise Creek Brewing's Alpha Madness IPA, just one of the local FRESH HOP BEERS currently pouring throughout the region. This seasonal brewing style uses whole, wet hop flowers in the brewing process, making for a very aromatic and tasty beer. These beers are typically made in small batches that don't last very long, due to both the fresh hop process and demand, so get out there and taste them while you can. Check out fresh hop creations at Trickster's, Iron Goat, Perry Street, 12 String and many other breweries. 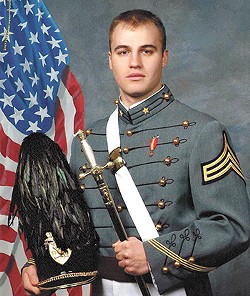 ARTICLE | Suicide, a devastating epidemic within the ranks of our military, has in certain years claimed more lives than combat. Janet Reitman's "THE GOOD SOLDIER" in the most recent issue of Rolling Stone tells the story of an exemplary young West Point graduate who was consumed by suicidal thoughts throughout his life. But instead of killing himself, the soldier went AWOL, eventually becoming part of the French Foreign Legion under an assumed name. It's a fascinating read that reveals a lot about how the military is dealing (and not dealing) with the issue of mental health.

TV | We've told you about Comedy Central's NATHAN FOR YOU before in these pages, and for good reason; the show is comedic mastery. The premise: comic Nathan Fielder poses as the host of a reality show that purports to help struggling businesses. The twist is that Fielder only suggests ridiculous gimmicks, like when he convinced a mechanic to take a polygraph test every time he gave a price quote, or when a yogurt shop developed a poop-flavored yogurt. It's hilarious stuff, but along the way Fielder has a habit of making revealing commentary about human nature. The third season of Nathan for You debuts Thursday, Oct. 15 at 10 pm. ♦