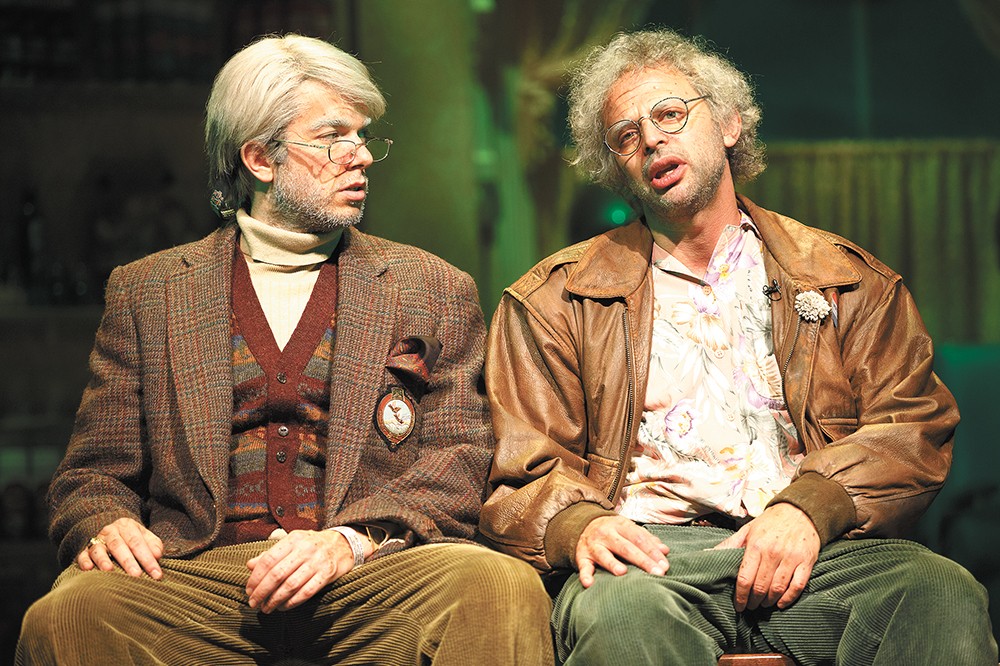 TELEVISION | I imagine there are plenty of people who don't quite "get" the characters of Gil Faizon and George St. Geegland, played by Nick Kroll and John Mulaney, respectively, in the Netflix special OH, HELLO ON BROADWAY. They're two elderly New Yorkers who are miserably dependent on each other, whose favorite thing to do is prank people by giving them too much tuna, and who are, overall, terrible human beings. Somehow, everything these characters do seems completely random, yet at the same time seems exactly like something they would do. The duo took their Oh, Hello act, named for the way the characters disdainfully greet others, to Broadway. It's a play within a play that pokes fun at other plays. It's also great comedy.

MUSIC | Three years after releasing their acclaimed album Lost in the Dream, Philadelphia indie rock band THE WAR ON DRUGS is gearing up to release their new album A Deeper Understanding on Aug. 25. They've already released two songs from the album, the meditative, 11-minute-long "Thinking of a Place," and "Holding On," which has an '80s feel. Give them a listen before their tour comes through Portland and Seattle this October.

COMEDY | T.J. Miller may not be continuing his infamous role as Erlich Bachman on HBO's Silicon Valley, but he's still one of the funniest comedians out there. His new HBO special METICULOUSLY RIDICULOUS highlights the absurdity of Miller's style, as he inexplicably pours water all over himself throughout the entire show and bases a bit on describing the tragic death of a character named Gleep Glarp the Gobble Snarf — easily the show's funniest bit. Anyone who has followed Miller knows bits like that have a goal of cutting deeper; in this instance, to help people become more comfortable with death. More often than not, that absurdity works. More surprising, and perhaps even more funny, may be his improv when he's interacting with the crowd. ♦