The debate over circumcision intensifies 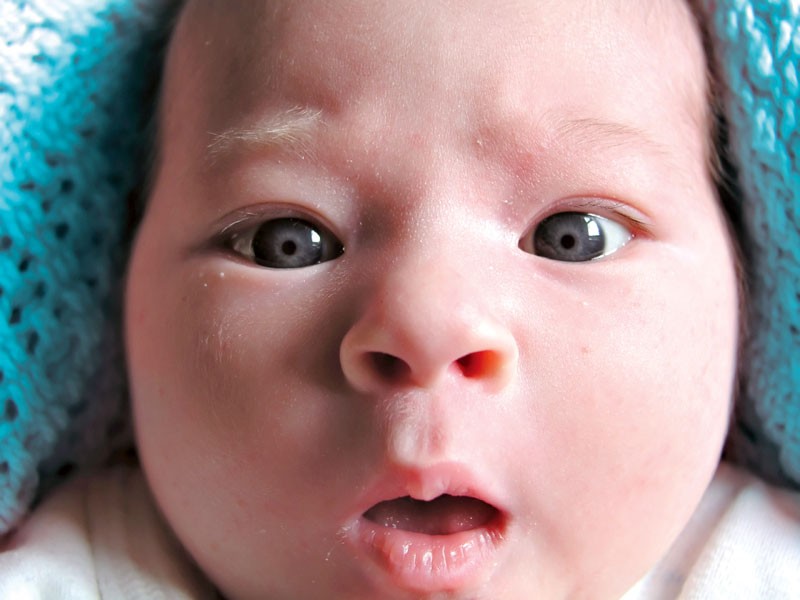 For a large number of parents in the United States, circumcision is just another procedure to check off the list before bringing baby home. For some, like Spokane mom Susan Chadduck, the choice is simple: It’s a matter of religious tradition. But many, like Elise Raimi and Patty Dallabetta, anguish over the choice, poring through medical stories and social commentary to help them decide. Even years later, many aren’t sure they’ve made the right choice for their sons.

“We didn’t do it, and now my son has all these issues with his foreskin getting swollen, then not retracting and hurting. I do also worry that he will not like looking ‘different’ from most,” says Raimi.

“When our son was an infant, our pediatrician did not perform circumcisions, and he said that about 50 percent of parents choose not to,” explains Dallabetta. “It wasn’t until I heard a grown woman make a comment about being with an uncircumcised male that I started to question our decision,” she admits. “At this point, I’ve decided that this woman has her own issues, and my son will be just fine.”

Those who oppose circumcision (self-proclaimed “intactivists”) may agree that the boys will be “fine” in any case, but they argue that the pain, bleeding and healing process for this elective procedure are unnecessary at best, and criminal at worst.

“Babies are people with rights, and no baby has consented to circumcision,” states the website for Intact America.

But the boldest “intactivist” movement, with the most potential for political and legal backlash, is happening in San Francisco. In November, voters there will choose whether to amend San Francisco’s city police code to include Sections 5001-5003, called “Prohibition of Genital Cutting of Male Minors.” If passed, Sections 5001-5003 would make circumcision a misdemeanor with a maximum punishment of a $1,000 fine and one year in jail.

There are no religious exemptions, which means rabbis, as well as pediatricians and other practitioners, would be liable. The Anti-Defamation League is helping build a coalition of community, religious and civil liberties groups to fight the measure.

MGMbill.org (MGM being “Male Genital Mutilation”), which helped organize the ballot measure, has tried and failed at both state and national levels to amend the “Federal Prohibition of Female Mutilation Act of 1995” to include boys.

Right now, the only place circumcisions are regularly performed for non-medical and non-religious reasons is in the United States. In Canada and Great Britain, for example, a reported 5 percent to 10 percent of parents choose to circumcise their sons. Here, the rate is more than 50 percent. Or so.

Both the American Academy of Pediatrics and the Centers for Disease Control have inconclusive recommendations on circumcision: “There is no absolute medical indication for routine circumcision of the newborn,” states the current AAP policy. It has remained largely unchanged since 1975.

Data is also wishy-washy. The CDC’s statistic for the number of infant boys circumcised in the United States? “Between 20 percent and 80 percent.”

“The reason the stats are bogus,” Dr. Seppa explains, “is that the numbers are based on what happens in hospitals … it’s underestimated because people no longer circumcise at the hospital.” Seppa estimates it would take “months of tallying” procedures at every private office and clinic in the community to get an accurate number.

“I would say the rate of my patients is around 70 percent. This is not a scientific fact,” he clarifies. “This is just off the top of my head.” Seems high, considering Seppa doesn’t really believe in circumcision.

“I do circumcisions and enjoy doing them. But I have never recommended it. I would say in the last six months, three families have come in and have decided not to do it after talking to me.”

Seppa has been practicing since 1976, just one year after the AAP issued its first policy statement. “That has been my position … and I tell that to parents. ‘Neither I nor the AAP recommend that we do this.’” he says, “But most people do.”

The last shift in the medical status of circumcision was in 1997, when the American Medical Association downgraded the procedure from “routine” to “elective.” As a result, many insurance companies and Medicaid stopped paying for the $300 surgery.

In 1999, the AAP proclaimed, “There is little evidence to affirm the association between circumcision status and optimal penile hygiene.” In other words, “No, it’s not harder to clean an intact penis.”

All major medical organizations also clarify that previous medical justifications for circumcision such as penile cancer, urinary tract and kidney disease prevention are no longer valid.

Some recent studies do point to health benefits of circumcision. Recent clinical trials among populations with large numbers of HIV-positive people in Africa showed circumcision of men had a dramatic decrease on the transmission of HIV. And a study published in January showed a decreased risk for becoming infected with the human papillomavirus (HPV) in female partners of circumcised men. But the data probably isn’t foremost in parents’ minds when the time comes to choose. Whether to circumcise is a matter of tradition, old or new.

“As a male, I would like to think that such an act would be left to me at the time of adulthood,” says Billy Heim, a father to three intact sons.

Chadduck, who chose circumcision for her three sons, appreciates the motivation behind the “intactivist” movement.

“It has the well-being of children in mind,” she agrees. “But as a mother, it’s offensive to have my choice referred to as ‘mutilation.’” Or worse: a crime.

Chadduck, a special-ed teacher, says each of the 7,200 people who signed the San Francisco petition to criminalize circumcision should direct their time, resources and passion to bigger issues.

“We need to love people who don’t get love, and spend money on social, medical and educational programs. I find it very difficult to get behind a cause that has so little impact on the quality of a child’s life.”

A former TV news producer and teacher, Lisa Fairbanks-Rossi has been a freelance writer for The Inlander since 1994.