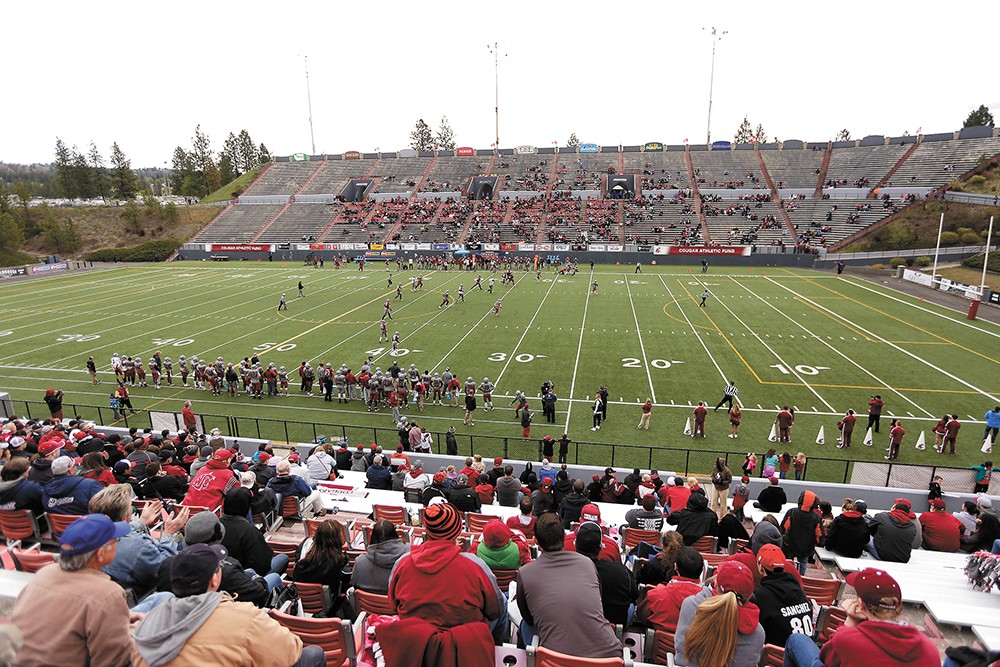 Young Kwak
Voters passed a bond to replace Joe Albi Stadium, and they prefer to keep it at the same site.

Years ago there was an idea to cover Joe Albi Stadium, and now is the time to relook at that idea.

The $31 million, plus the money from the downtown idea, could remodel the existing stadium to a two-level sports complex. Football, ice hockey, figure skating, soccer lacrosse, wrestling and many, many others could be possible events held there. The second level could be used for basketball, volleyball and gymnastics, and even a 400-meter full-size track, compared to the tiny 200-meter track proposed. I believe we could play softball/mushball and even a possible whiffle style baseball in the winter.

In Texas, they build high school stadiums for $60 million, but they seat 60,000 people. Spokane wants to build a $31 million stadium that seats 5,000. This is a waste of taxpayer dollars for only six months of use a year.

This could be a multipurpose year-round event center hosting craft shows, antique shows, movie nights, concerts and so much more. A pool could even be built, offering inside swimming opportunities in the winter months. Albi used to host big events, and it still can! Albi could make the city of Spokane lots of income while providing a unique venue at the same time.

Readers respond to the Inlander's post-election coverage on the decision to move Joe Albi Stadium downtown or rebuild at the existing location (11/9/2018):

Tony Dinaro: "I think maybe one of the challenges is that a lot of that clarification came after a lot of people had already voted," [Rick] Romero says. That was the case for me. I had already turned in my ballot before I read Rick's interview.

Steve Dunn: Not everyone thinks downtown is so great. I avoid it like the plague.

Brandy Wagner: A thriving downtown is essential to the area's overall success. I think a stadium downtown is a good idea. But I feel the plan was rushed. I think it can be successful without being tied to the school bond or Joe Albi Stadium. The idea just needs time to mature and be presented to people as a full project. ♦