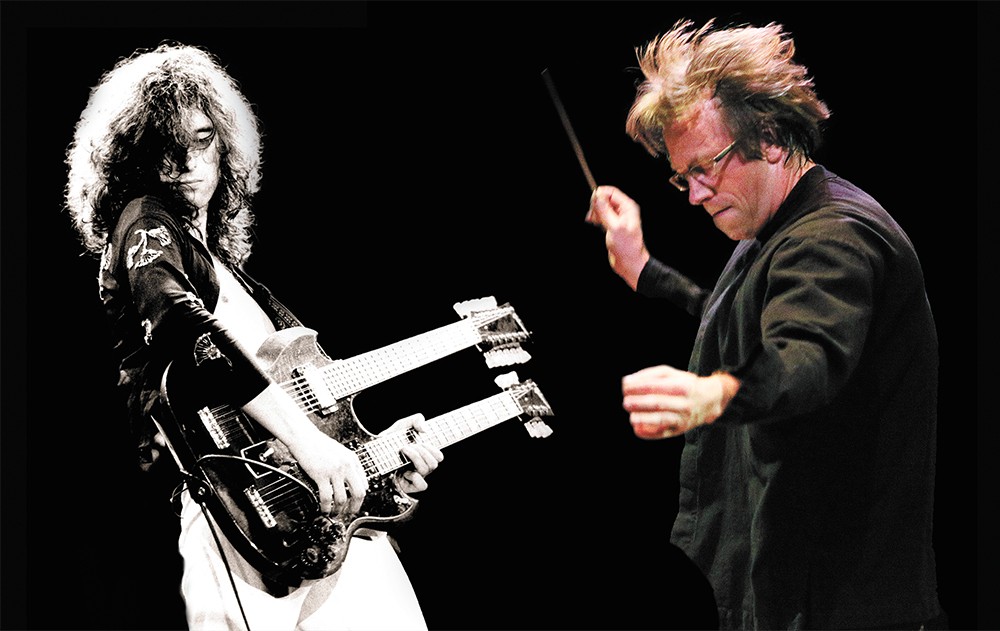 The world will never move on from Led Zeppelin.

The hard-rocking English quartet disbanded in 1980 after drummer John Bonham's death, but for anyone who came of musical age in the years since, their music has been a constant alongside other timeless, long-gone artists like the Beatles or Bob Marley.

Repackaged and rereleased albums. Documentary films. Nonstop radio play. The exceedingly rare (and constantly rumored) reunions of the surviving members. All these things, together, keep Led Zeppelin as popular now as they ever were.

Friday night, the Spokane Symphony adds to the ongoing love affair when it performs Led Zeppelin's music with a guest conductor and rock band that's been turning classical fans on to songs like "Whole Lotta Love" and "Kashmir" for more than two decades.

Brent Havens is the conductor in question, the man who in the mid-'90s came up with arrangements to take Zeppelin's songs classical. And it wasn't easy.

"Back then a lot of the technology wasn't there for me to transcribe these songs," Havens says. "I transcribed from cassette decks, just going back and forth. There was no real ability to slow it down, go section by section, or hold it on a single note. With the computer systems today, transcribing the material is a lot easier."

When someone first asked Havens to work up Zeppelin songs for a symphony, they didn't envision a rock band being part of it. They figured instrumental versions of the songs would be just fine. They were mistaken, and Havens let them know.

"I don't think a Zeppelin audience would want to hear a semi-Muzak version of Led Zeppelin material," Havens says. "And the symphony folks don't know who Led Zeppelin was. I said, 'I think we need a killer band, a crazy good singer and wrap that with a 50- or 60-piece orchestra.' And it blew up on us."

Havens has gone on to lead symphonies through the songs of Pink Floyd, Queen and many more bands. That might never have happened if not for Led Zeppelin, or without finding the right singer.

Randy Jackson has been touring with Havens, doing symphonic Zeppelin, since 1996. He was no unknown, having enjoyed some early '80s success with his band Zebra, which covered Zeppelin regularly during its formative years. Learning how to tackle Robert Plant's distinctive howl has allowed Jackson to keep delivering the shrieks and growls that Zeppelin fans expect, even at a symphony show.

"Instead of pushing my natural voice higher, I would take my falsetto lower and stronger," says Jackson, who recalls buying Led Zeppelin II as a kid because he thought the album cover was cool. "That helped me to be able to sing for a longer period of time, and I wouldn't strain my voice so much. Eventually my falsetto voice just became as strong as my natural voice."

One of the challenges for Havens in creating the show was making sure the symphony wasn't overwhelmed by the rockers out front. Some of Zeppelin's songs naturally lend themselves to a symphonic approach, but he and Jackson take particular pleasure in doing songs fans might not expect, like "Black Dog" or "Since I've Been Loving You."

"I want to make sure the orchestra isn't just sitting there playing whole notes," Havens says. "I want to make them work. I want them to have as much fun as the band is going to have playing this material. They get to play all those licks, which is really cool.

"The whole point of this was to draw a different audience to see the local orchestra perform. And the fact we're talking about world-class musicians who have studied their instruments for 30-plus years, they can play anything you put in front of them. This is absolute proof." ♦