The City of Spokane's handling of a golf-course accident raises more questions about how it responds to lawsuits. 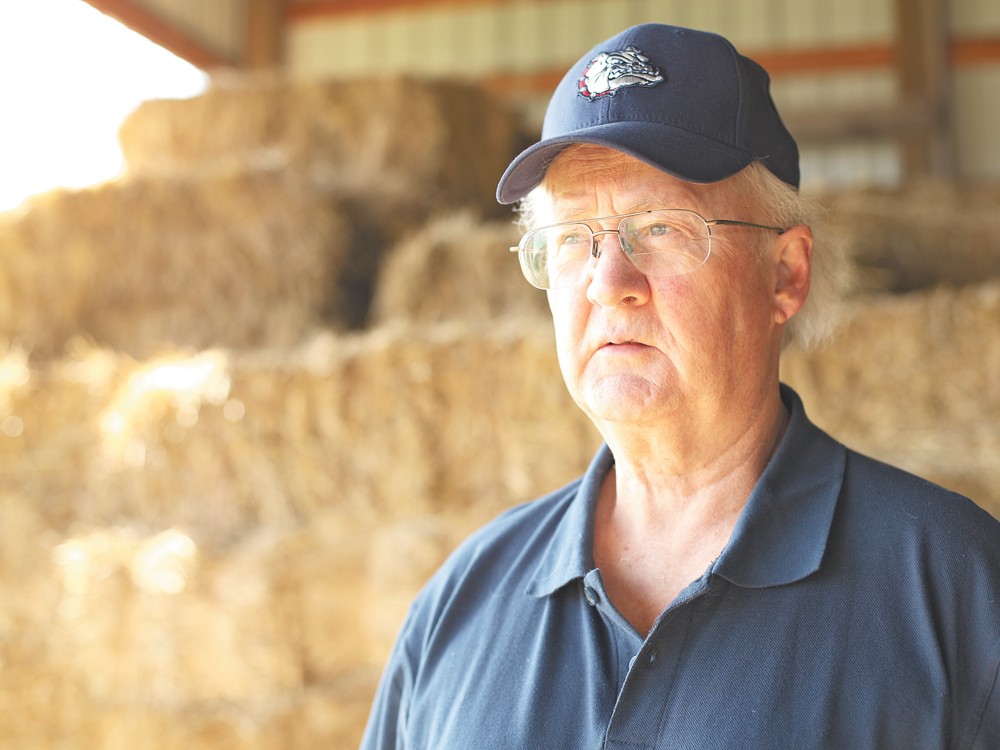 Young Kwak
Stan Peterson has been unable to farm his 120 acres in north Spokane County since an injury at a city golf ourse in 2007.

Jim Sweetser paces around his office. The personal-injury attorney, once elected Spokane County prosecutor, stands up, leans on the back of his chair. He fidgets with his pen.

“This is intimidating to me,” Sweetser says. “I feel like giving up. My client feels like giving up. ... We’re beaten down. ” Sweetser is representing a 72-year-old man who is suing the City of Spokane after incurring an injury on a city-owned golf course. Not only did the city lose crucial evidence in the case, Sweetser claims, but an assistant city attorney filed a motion to try to limit Sweetser’s right to talk to the press about it.

A case with missing evidence is rare. A gag order is even rarer. This case has both.

Sweetser has publicly challenged the city for its aggressive legal strategy before, forcing changes. He sees this as another chapter in the years of city-wide debate over the city’s legal and risk-management strategies — beginning with the Otto Zehm scandal in 2006.

There are signs that the situation is improving, however. Mayor David Condon has overturned the status quo by firing the city’s risk manager and its city attorney. The replacement for the latter, Nancy Isserlis, even fired controversial assistant city attorney Rocky Treppiedi.

And when documents surfaced suggesting that risk-management contractors had attempted to influence a police investigator, the city immediately launched a 90 day review of its risk-management strategy.

But Sweetser’s case has been a test for a city that appears to be turning a new leaf.

Stan Peterson, a 72-year-old with white hair sticking out behind his Gonzaga baseball cap, hands over a frayed yellow spiral notebook at his home in north Spokane County. The night before, he hand-wrote five pages, in blue cursive ink, describing what he’s been through.

“My attorney is working very hard + I am burned out, but I can’t give up because I am right,” he writes. “What you write probably won’t help my cause, but hopefully it will prevent someone else from going through what I have.”

Peterson learned to golf at Spokane’s Esmeralda Golf Course nearly five decades ago. But Aug. 3, 2007, marked his last time on that course.

The way he tells it: He found his ball a few inches off the green on the 12th hole. As he walked back to the cart to grab his putter, he stepped back a few feet to clear the way for an inexperienced golfer, and — inadvertently — stepped onto a green plastic lid-cover that was covering the valve for the irrigation system. But the lid cover didn’t support his weight — he went plunging into a hole filled with water, falling hard onto his back.

Today, Peterson slides across his kitchen table an X-ray showing four titanium screws in his neck. He’s had a rough couple of years— a herniated disk, nerve pain and surgery. A later car accident compounded the damage and complicated his lawsuit. He’s been through four years of accusations, depositions and “interrogations.” He couldn’t sleep last night, not because of the pain, but because of the stress.

“It’s that way, every doggone night,” he says.

One object dominates the lawsuit: the defective lid cover that gave way under Peterson’s weight. And it’s missing.

Without that piece of evidence, there’s no way to run tests on it to try to determine what went wrong. Was it damaged by years of being pounded by golf carts and lawnmowers — something maintenance crews should have noticed — or was it damaged by the vandals who had broken sprinkler heads on the 15th hole the night before Peterson’s accident?

The city actually attempted to use the lack of any evidence that the city knew about the lid cover damage to try to get the suit dismissed.*

Sweetser says the lid cover would have saved his client $20,000 in expert witness fees.

“I believe the City of Spokane and their risk management company is more worried about protecting the city against liability than preserving evidence so the truth can be determined in a court of law,” he writes.

There’s other evidence missing, too. Bob Mielke, the course superintendent, insists (in emails from his attorney) that he saw a photograph of the sprinkler-box hole before it was repaired, but he says he cannot locate it. Nobody, Sweetser says, can testify to who repaired it.

Cynthia Schwartz, another civil attorney, says missing a piece of evidence is rare. And two pieces of evidence?

“It’s kind of one of those where-there’s-smoke-there’s-fire things,” Schwartz says. Whether or not it “intentionally disappeared” or was lost through extreme negligence, Schwartz says, the loss can put the plaintiff at a deep disadvantage. After all, they have the burden to prove their case. It’s tricky when the evidence goes missing.

The city insists that there was no malfeasance — just circumstance. The lid was left in a maintenance shed, and now they can’t find it.

“You are upset the cover is missing. I get it. I wish it was not missing,” Assistant City Attorney Bruce Cox wrote in an email to Sweetser. “But there is no evidence it was deliberately tossed as you suggest.”

Jerome Leveque, the judge on the case, struck a balance. While the city, unquestionably, had possession, then lost, an “extremely important” piece of evidence, he says, he hadn’t yet seen any evidence of “nefarious conduct” or clear breach of duty.

In cases like this, the city has been using a third-party risk management firm called Alternative Service Concepts. ASC, in turn, used a subcontractor named Dennis Paradis to investigate claims.

Back at his kitchen table, Peterson unfolds a page from the March 27 Spokesman-Review. There’s an article about Paradis allegedly floating the prospect of “a raise” to influence a police investigation in another risk-management case. Peterson’s angry with the way he was treated by Paradis, who claimed that Peterson walked backward over 50 feet before stepping on the cover. (Peterson claims he only took a few steps back.)

Paradis was the one who photographed the lid cover, properly documenting it before it went missing. That, to Peterson and Sweetser, is suspicious.

“I am not saying I have conclusive proof everything was done [intentionally],” Sweetser writes. “I am saying it is suspicious — especially in light of the other cases.”

This is the kind of speculation that the City of Spokane was trying to prevent Sweetser from talking to The Inlander about when Cox asked for a gag order last week.

Sweetser had made measurements on the golf course without notifying Cox, who then motioned to suppress the evidence Sweetser had gathered, to bar him from further inspections of the course and to ban him from communicating “with the media based on speculation and innuendo as to the perceived unfair treatment he has received.”

“There was no case law cited,” Sweetser says of the gagorder attempt. “It appeared it was just to intimidate.”

Asked if he’d requested gag orders before, Cox offered a “no comment.” He stresses that this gag order was just intended to limit “speculation and innuendo” from Sweetser, not facts.

But expressly against Cox’s request, Sweetser made a decision to talk with The Inlander anyway.

“I’ve been an elected official,” Sweetser says. “I think I have an obligation to the community to talk about issues of public importance.”

After filing the gag-order motion, Cox doubled down — asking the judge to rule on it quickly.

“The Protective Order is time sensitive because of Mr. Sweetser’s threat to go to the media,” Cox wrote.

But last Thursday, a few hours after The Inlander called the city to ask about the attempted gag order, Cox sent Sweetser an email withdrawing that part of the motion. Cox says he struck the gag order because Sweetser had already talked with the media.

But City Attorney Nancy Isserlis says she ordered Cox to strike it, after she found out about it on Thursday afternoon.

“It just seemed unnecessary,” Isserlis says. “In the 33 years I’ve practiced law, I’ve never asked a lawyer not to talk.”

Gavin Cooley, the chief financial officer examining the city’s risk-management strategy, says he had a conversation with Cox, discussing the higher standards of transparency associated with government.

“What we’re really saying [is] … does everybody understand that in the municipal setting one of the tools in our toolbox is not ever shutting down transparency?” Cooley says.

Cooley calls the gag-order motion “inconsistent with the direction we’re heading.” He says there’s a balance between winning a case — saving taxpayers money — and doing so in a transparent way.

“Our response,” Cooley says, “was that we’ve obviously got some learning to do.”

The trial is scheduled for June 25.

* The version of this story that appears in print misquoted a court document.