Getting Back to Basics

Heartworms is a welcome return to the Shins' quirky early sound 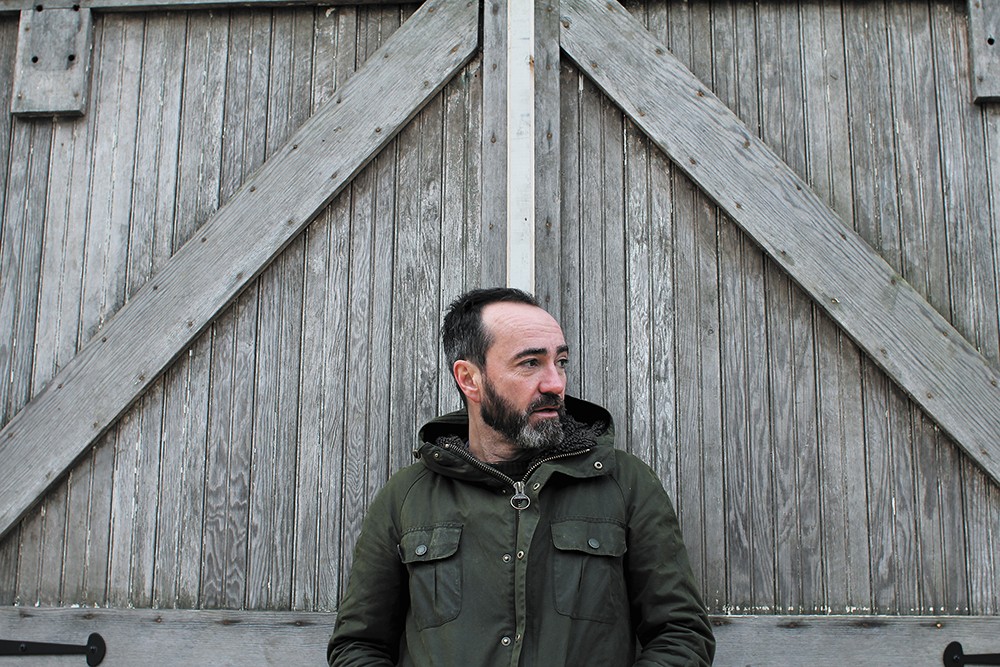 here's a stretch of songs on Heartworms — the Shins' fifth album, released in March — that sounds and feels very much descended from the band's 2001 debut album, Oh, Inverted World.

It starts with the buzzy opening chords of "Fantasy Island" and runs through the album's penultimate track, a gentle, reverberant lullaby called "So Now What" that floats on cotton-candy clouds of melancholy.

In between is "Mildenhall," an ultra-personal story-song with just a hint of twang, and "Rubber Ballz," a slice of strummy perfection featuring frontman James Mercer's trademark helium-high vocals. "Half a Million" is the kind of punchy, effervescent indie-pop that filled the Shins' incredible 2003 sophomore album Chutes Too Narrow. And the acoustic bounce and echoey atmosphere of "Dead Alive" sounds like it could've been lifted straight from Oh, Inverted World.

The Shins' first two albums are indie-rock classics in part because Mercer's quirky melodies are simply too potent to be held back by lo-fi production values.

With Heartworms, it seems, he's gone back to basics, now with time, experience, success and better gear on his side.

"I felt like I wanted to have a link to that first record," Mercer says. "I sort of wanted to go full circle to some extent, but also elaborate on the themes. And I had better equipment and better engineers around me."

That hints at another big difference between the Shins' fourth album, 2012's Port of Morrow, and Heartworms. For the new one, Mercer took on the role of producer, leaning on talented friends like current band member Yuuki Matthews, ex-Shin Richard Swift and the Decemberists' Chris Funk when he needed guidance. Self-producing was an intentional full swing of the pendulum from Port of Morrow, which was produced by Greg Kurstin, an in-demand pop genius who has worked with Adele, Sia and Foo Fighters.

"You can't replace Greg, who's just a pile of massive talent. So Port of Morrow definitely has its own sound," Mercer says. "But this time, I really wanted the luxury of time. I wanted the luxury to just sort of sit there and noodle around and ... get back into the sort of kooky weirdness that ends up happening when I'm left alone in the studio for too long."

Indeed, Mercer's likeable brand of kooky weirdness is all over Heartworms, from "blah blah blah" backing vocals on "Name For You," to the video-game dub-pop of "Cherry Hearts," to the suffocatingly fuzzy bass line that runs under "Painting a Hole." And then there's "Mildenhall," which finds Mercer leaving behind the wordplay and metaphors and opening up about his past more than ever before. He references his upbringing in a military family, having an awkward haircut, skateboarding on cobblestone streets and learning to play his dad's guitar.

Mercer says those lyrical choices were driven by the song's simple guitar hook, which reminded him of Merle Haggard and prompted him to tell a story. But the more personal style also seems to line up nicely with his concurrent desire to take the Shins' music back to where it started.

"I think I'm more comfortable just saying the truth about who I am. If I were to go back to the mid-'90s, I would've been embarrassed to say that I had a flat-top, because I still felt ownership of that teenaged shithead who wasn't cool at all," Mercer says. "I still wanted to think somehow that I could ever be cool. Once you give that up, you can be honest."

And with mid-career honesty comes a clearer vision of the future. Not only does Mercer consider Heartworms to be "full circle" for the Shins, he also feels like we're nearing "the end of the album as a medium" and that he wants to "enter some sort of new mode."

Which doesn't mean the Shins are over, necessarily. It just means that Mercer's way of running his operation might be changing.

"I just don't know that I wanna go through that process of making a full-length record anymore," he says. "I don't think there's much of a reason to, for my own entertainment and for the people that we sell records to... or don't sell records to."

Translation: The future is wide open for James Mercer and his popular pop-rock project, the Shins. Even he may not know where he's headed.

And that's OK, he says: "It's easier to admit your flaws when you're older, I've learned. I don't sweat the small stuff as much. Well, sometimes I do, I guess." ♦