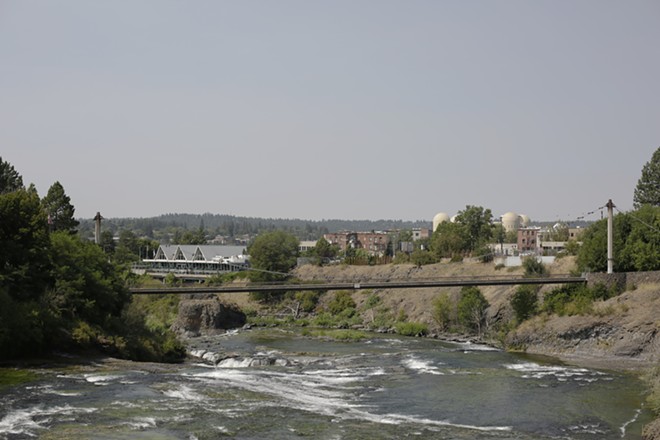 Young Kwak photo
A community forum at Gonzaga next week will focus on a proposed first-in-the-nation exception to toxic pollutant rules involving pollutants that spill into the Spokane River.
If Washington state approves an exception to the rule for polychlorinated biphenyl (PCB) polluters into the Spokane River known as a variance, it will be the first time in the U.S. that a toxic pollutant receives that kind of exception from water quality standards.

To discuss the implications of the state's work on a variance for five major PCB polluters into the Spokane River, Gonzaga's Environmental Law clinic will hold a community forum from 6-8 pm Tuesday, Oct. 8, at the law school's Barbieri Courtroom.

Current standards for the toxic pollutant are unattainable, polluters say. Meanwhile, environmental advocates argue that technology will be forced to advance to meet stringent standards, but providing an exception to the strict limits could simply maintain the status quo, meaning continued dumping of PCBs into the river.

PCBs were used in some household products, including waxes, swimming pool paints and chlorinators, but were more commonly used as coolants and lubricants in electrical equipment.

Congress banned production of the extremely persistent chemicals by the late 1970s, but they continue to leach out of the products they were used in and into the river. PCBs are believed to cause reproductive issues as well as increased risks for some cancers. In some places, fish from the Spokane River are not safe enough to eat due to PCB levels.

The state Department of Ecology has started the lengthy process of an environmental study that will explore the consequences of allowing a variance to pollution limits.

The panel of speakers expected at the forum includes:

Questions will be allowed after the panel's presentation.