Gonzaga's women have already made history this year, but they're not done yet 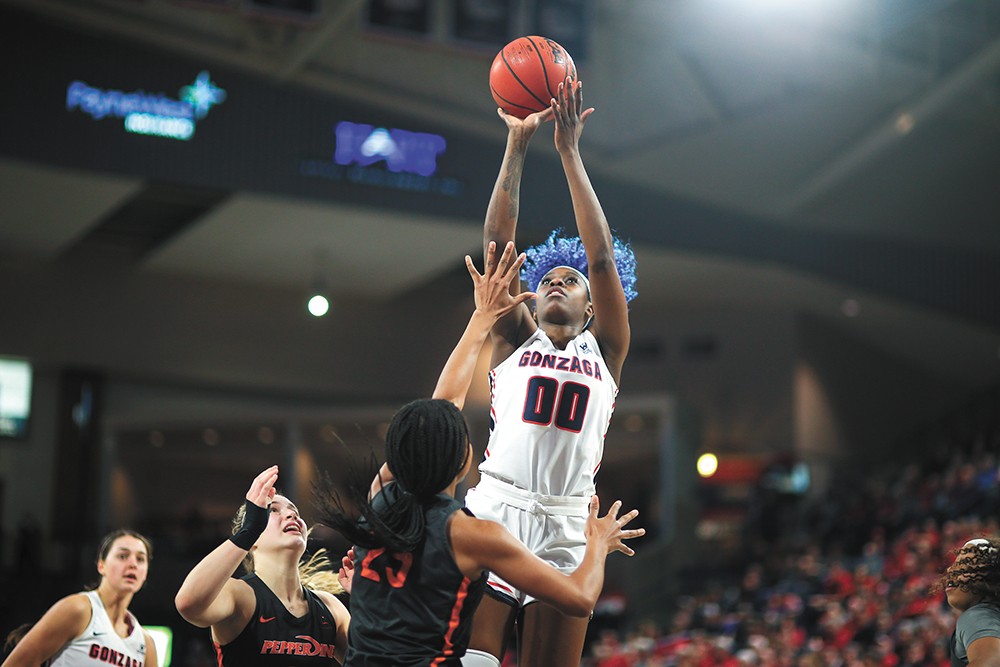 Gonzaga has an embarrassment of riches when it comes to the programs that play their games in the McCarthey Athletic Center. As dominant as the men have been in the West Coast Conference, the women are turning into every bit as imposing an annual force in the league.

WCC coach of the year Lisa Fortier has progressed the program to ever higher levels, no small feat in a collegiate sport that does not offer the same parity as the men's game. They were able to hang with the No. 1 ranked Notre Dame Irish for three quarters. They shocked the No. 8 Stanford Cardinal when they came up to Spokane.

The Zags were one of the teams listed in the preliminary NCAA bracket reveal in February, confirmation that the team is one of the 16 best in the eyes of the committee, only to be leapfrogged after a tough loss to BYU.

Gonzaga's women finished the season ranked 14th in the Associated Press poll — matching the program's highest-ever ranking, achieved for the first time back in January — and they have a slim chance of being a Top 4 seed in March Madness when the brackets are announced Monday. If that happens, they'll get games on their home court. If they don't, they may travel somewhere far from Spokane instead.

At home or on the road, the Zags could do some serious damage in the NCAA tournament in large part because of the tremendous season their three seniors — Zykera Rice, Chandler Smith and Laura Stockton — put together. But the depth of the Zags has been a real benefit, and they'll need it as Stockton went down with what looked like a serious injury in the conference tournament.

Rice's 14 points and 5.9 rebounds per game lead the team in both categories, but the Zags benefit from sophomore Jill Townsend joining Smith and Stockton in averaging nine points. Add sophomore Jenn Wirth and Katie Campbell's eight points per game and the Zags have a wide set of options offensively.

Their season was one full of historic achievements in terms of rankings and recognition, but importantly, they also responded well to adversity. They had the tough break of matching up twice against BYU when the Cougars were shooting red hot, resulting in two 2-point losses. But the Zags responded each time by dismantling their next opponent.

Closing out defensively on perimeter shooters was a problem in their two losses to BYU, something that could be a problem against the best teams in the country in March Madness. Both Wirth and Rice are great rebounders and battlers down low, but the physicality of big-school players will always be a challenge, albeit one that the Zags are anxious to accept.

If the Zags can control the tempo and limit their turnovers, they are one of the toughest teams to play in the country. And if they optimize that style of play and lean on Rice and Wirth, their historic season will go on. And one historic season this year could help this program have plenty more in the future. ♦