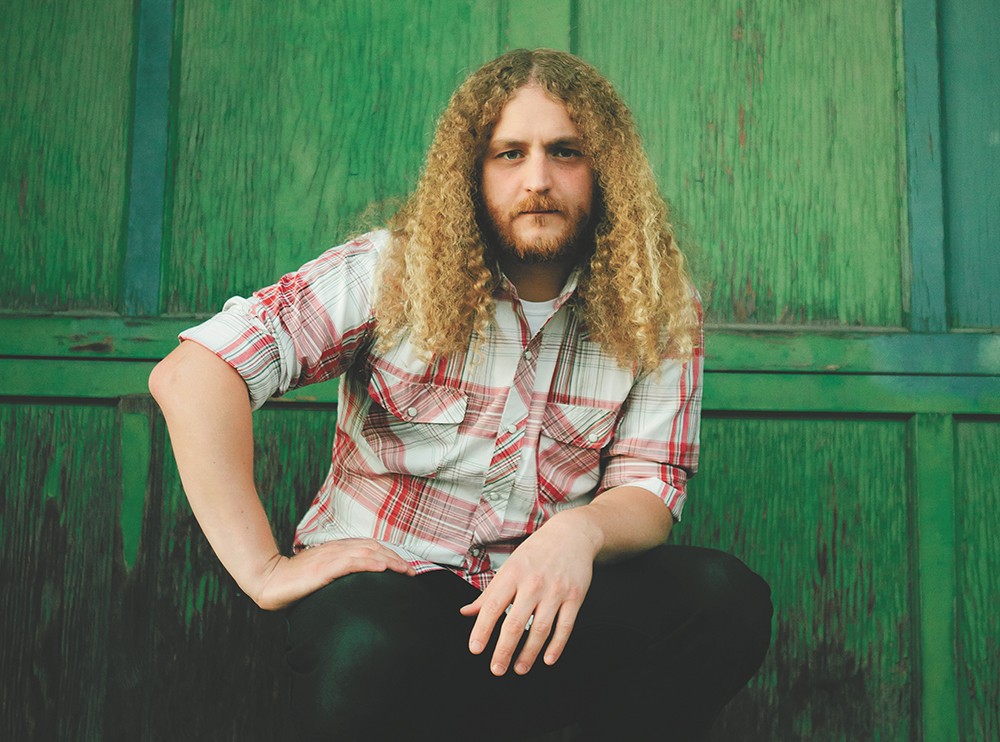 near its $6,700 goal. In the final hour of the fundraiser, watching the clock count down, Rumsey felt relief. Now the local musician wouldn’t have to deal with the stress of recording. Then there was a computer glitch. It must have been a mistake, he thought: $3,000 had just rolled in from an anonymous donor.

"I couldn't believe it," Rumsey says one year later, sipping coffee at Rain Lounge in downtown Spokane last week. No one in his family or friend group will fess up to the donation. Rumsey still doesn't know who fronted the money.

But someone, somewhere wanted him to make the record, so Rumsey had no other choice. Enlisting Steve Gamberoni, a professor at Spokane Falls Community College where Rumsey also got his degree in audio engineering, Rumsey took to the studio over the school's winter, spring and summer breaks. He didn't want a rush job. Finally being released this weekend at the Big Dipper, Rumsey's album Here We Are runs between classic acoustic singer-songwriter and psychedelic rock. The 12-track disc features songs written recently, as well as a decade ago. It's been five years since Rumsey's previous album came out, and that was with a band back in Seattle.

"Fear is a dream killer," says the 29-year-old. "I can't even express how it feels to finally get this thing out there."

Even a few months ago, the musician with a mass of blond, frizzy curls says he wasn't sure he'd finish. A woodland experience on mushrooms helped clarify life. He says through the opening of his mind, he could visualize the album's completion.

Now the discs, with bright yellow-and-red packaging, are in hand. He's eager to share them with the folks who helped his Kickstarter campaign, today including a dishwasher at Rain, a place Rumsey has played frequently.

The album consists of incredibly personal songs that profess an optimistic outlook, a viewpoint that doesn't come naturally. Rumsey struggles with depression, and his parents divorced when he was a teen. A few years ago, his fiancé left him. Often, he doesn't believe things will get better. But in music, he's always been confident.

The album's title track, "People Upstairs" and "Chasing the Sun" offer the most memorable lines. The songs all sound joyful, but below the surface there's deeper meaning. Lyrics push listeners to question values, perspective and political leaders and pursue a better life together.

Rumsey comes from a close-knit musical family of five kids. His older sister Tracy even accompanies him during the interview. Together, a family holiday dinner cleanup session often turns into a multilayered sing-along. Even with differing beliefs — about half of the family has fallen away from the Mormon faith they were raised in, including Rumsey — they still cling to one another. Currently, Rumsey lives in his childhood home with his father on the South Hill. To get by, he plays music around town, often sharing lineups with like-minded socially conscious musicians.

When he was just 15, Tracy used to drag Rumsey to play and sing at her high school parties. Back then, he was more interested in sounding like Green Day's Billie Joe Armstrong and doing the punk thing. Today the voice that floats out so purely, sometimes hitting high-flying notes, is entirely his.

"It took a long time to accept how I sound, to have the confidence to show people who I really am," Rumsey says.

That voice even impressed enough people at an American Idol audition back in 2011; he made it through five rounds of the process. The recognition showed him he was on the right track.

When it comes to his self-taught guitar playing, he says the instrument is more of a vehicle to help get the music out there. He doesn't call himself a guitarist, but he gets by, and he'll often employ a looping machine onstage. For the upcoming show, he'll have a three-piece backing band.

He's already thinking of the future.

"I want to play music for lots of people, and I don't know if you can do it from here," Rumsey says. Perhaps he'll move to Austin or maybe Portland, where his sister lives. Right now, he's sticking to Spokane, a place where he says people have huge hearts.