History of the Skies 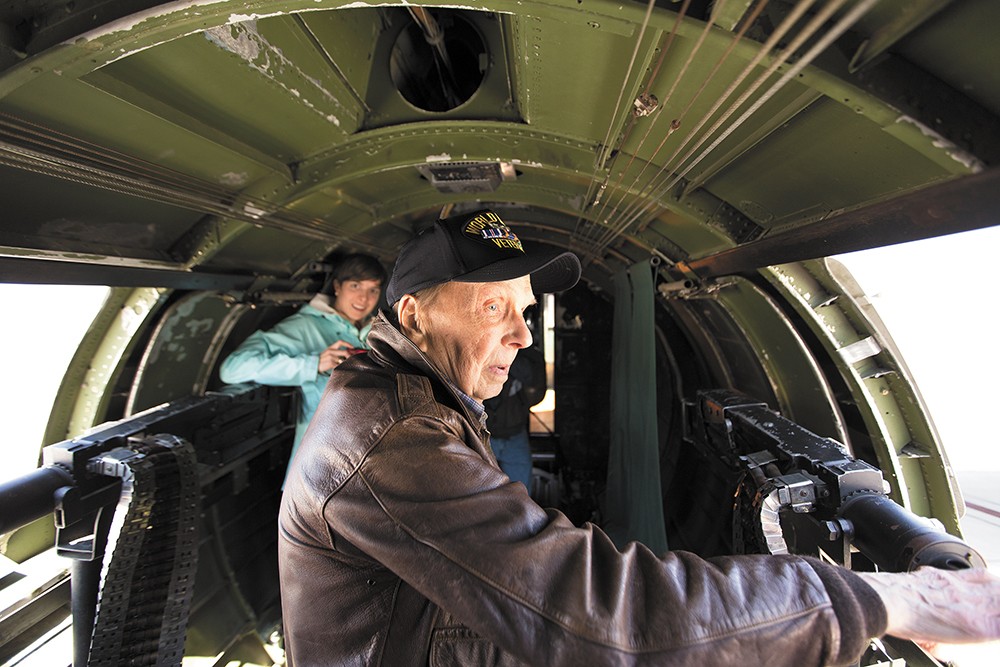 Mike Kindya remembers his last mission on a B-17 bomber as fighting in the European Theater wound down in early May 1945. German forces had just surrendered in Holland, and people there were starving.

"The Air Force put into operation a 'chow town mission,' and we loaded up the food ... everything that was keepable, and we flew solo over Holland at 200 feet," the Spokane veteran says. "We opened the bomb bay doors and the back doors and dumped all the food out. At 200 feet, you can see people's faces, and the Dutch people, they had signs on the ground: 'Thank you Yanks. Job well done.'"

When the Oklahoma-based Liberty Foundation, a nonprofit traveling aviation museum, invited Kindya to its B-17's stop in Spokane earlier this week, he thought someone was pulling his leg. Standing next to one of only 13 still sky-worthy Boeing B-17 "Flying Fortress" bombers parked on the Felts Field tarmac, Kindya, 90, tells war stories over wind gusts and the rumbling of small prop-engine planes taking off.

On those last flights over Europe, Kindya also remembers seeing the famous Dutch tulip fields in full bloom — seas of red and yellow left untouched by the bombs and destruction.

His crew's prior missions were nowhere near as uplifting. As flight engineer, Kindya operated the bomber's top turret, a domed glass bubble equipped with one of the B-17's .50-caliber machine guns. After one mission over Merseburg, Germany, Kindya's plane came back with 93 holes in its frame. Once, up in his turret, he lost oxygen to his mask and passed out. He also recalls when an enemy aircraft came into view of his gun's crosshairs, being "too scared to be scared."

The historic bomber evoking Kindya's memories — called the "Movie Memphis Belle" for playing its famous namesake in a 1990 film starring Matthew Modine — is in Spokane this week as part of the Liberty Foundation's annual national tour. It'll be open to the public for flights and ground tours this weekend, May 17-18.

While the Memphis Belle featured in the movie was built near the end of the war and never saw combat, the original bomber became a WWII legend. In May 1943, it became one of the first B-17s to complete its 25-mission tour, returning its 10-man crew unscathed even when sustaining severe damage. The bomber was named for its pilot's sweetheart, and its iconic nose art of a pin-up model — wearing a blue outfit on the port side, red on the starboard side — came from an April 1941 issue of Esquire.

In the decades following WWII, the original Memphis Belle wasn't as lucky as its film stand-in. While on display in Memphis, the aircraft was gutted by war relic scavengers and battered by the elements. Reclaimed by the National Museum of the U.S. Air Force in 2005, it's currently being restored for eventual display at Wright-Patterson Air Force Base near Dayton, Ohio.

The movie Memphis Belle served as a staff transport after the war, then operated as a water tanker, fighting forest fires through the 1970s. Former B-17 pilot David Tallichet bought the bomber and restored it to its authentic wartime look before his death in 2007. The aircraft is now leased to the Liberty Foundation.

The Memphis Belle's only duty now is to travel the country, educating the public about the Flying Fortress' significance, and the sacrifices of countless B-17 crews. Of a total of 12,732 B-17s produced, 4,735 were lost in combat, and with them more than 40,000 men.

Wearing a worn, brown leather bomber jacket with his squadron's insignia — Bugs Bunny riding a missile — over his heart, Kindya says he used to go to reunions for the 548th Bombardment Squadron every year, but now he only knows of two other members still living besides himself.

When asked his age, or what it was like to be aboard a bomber like the one behind him during chaotic, hours-long combat missions, Kindya speaks less of heroism: "We were lucky. I'm lucky." ♦ 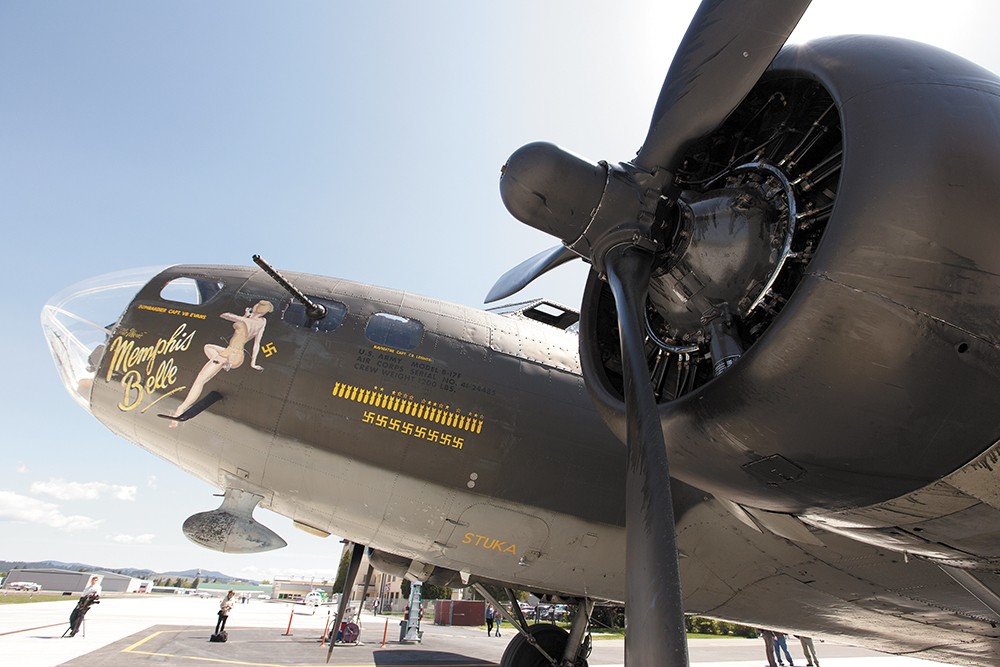 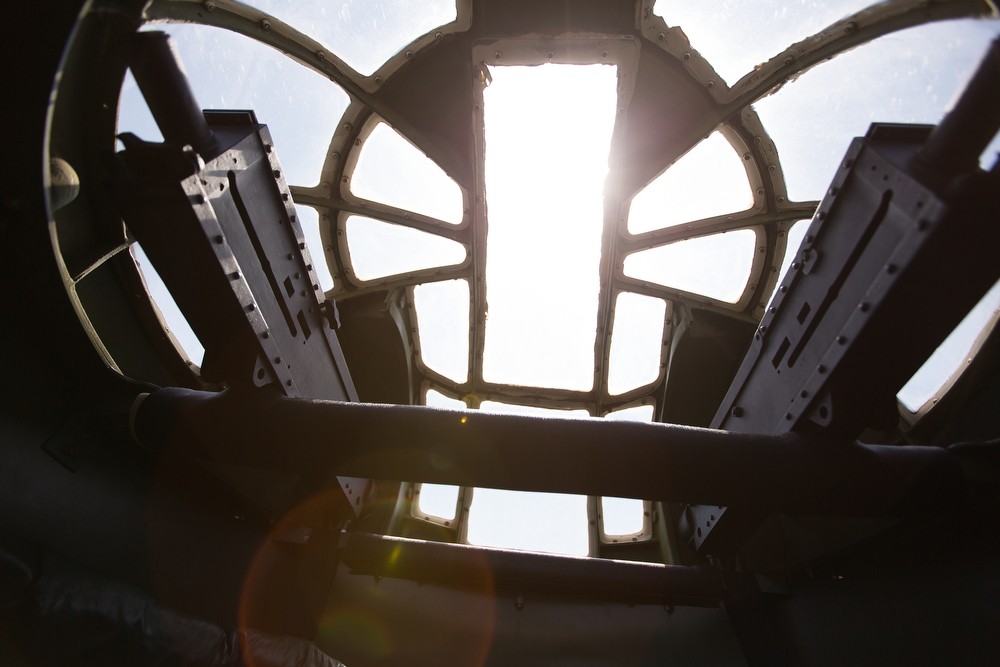 Young Kwak
Siblings Patrick Wolf, left, and Janet Hara sit inside the plane. Their uncle Phillip Wolf served as a tail gunner in a B-17 during World War II in the U.S. Army Air Corps.