As heroin deaths continue to rise in Washington state, what can a parent do to save a child from the depths of addiction? 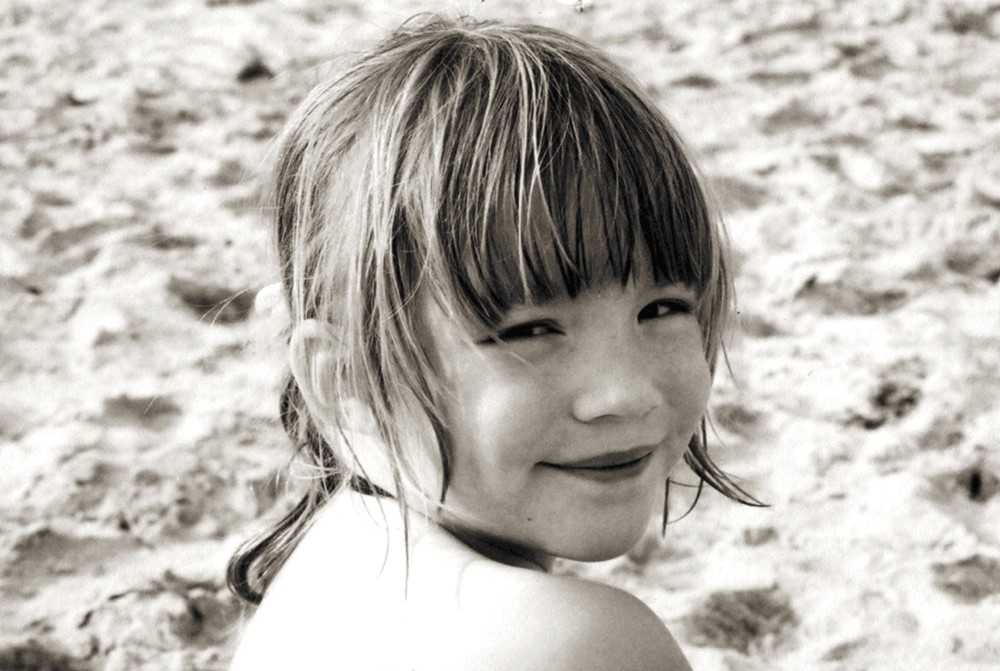 Rachel Meyers in a family photo. She died during an overdose in March.

Scott Meyers didn't know what else to do.

As a teenager, Rachel had overdosed on heroin and opioid pain pills nearly a dozen times in his north Spokane home. According to medical records, she agreed to be transported to a hospital in only three of those instances, despite her father's pleas for the paramedics to take her.

"I told them, 'She's trying to kill herself. Look, here's the heroin, here are the needles filled with heroin,'" he says. "But they wouldn't take her unless she agreed."

Rachel Meyers overdosed for the last time in March. She was just 18.

Heroin has been the No. 1 drug threat in Washington state for years, followed closely by meth, according to Drug Enforcement Administration Special Agent Jodie Underwood. In 2010, when oxycodone, a prescription painkiller and chemical cousin to heroin, was reformulated to make it harder to snort, DEA heroin seizures shot up to 107 pounds from 32.4 pounds in 2009.

Heroin-related fatal overdoses have risen in the state as well — from 164 in 1995 to 227 in 2013, according to the Washington State Department of Health. (By comparison, in Idaho, there were only 11 heroin-related deaths statewide from 2009-13, according to officials.)

In Rachel's case, her father says he scrambled to get her help, only to be turned away everywhere he looked. He's left wondering what he did wrong.

What could he have done different? How can a parent save a child from the grip of drug addiction?

In Washington, there is no involuntary commitment law

for people with drug addictions, and in order to have been treated against her will, a mental health specialist would have needed to show a judge that Rachel was a danger to herself or others. Scott Meyers thought the multiple calls to his home for overdoses, loaded syringes and track marks were enough. They weren't.

Earlier this year, the state legislature considered a bill that would have allowed addicts to be involuntarily committed for treatment, similar to a civil commitment for those with mental illness. It ultimately failed in the Senate because of budgetary constraints.

"A big issue in Washington state is we don't have a secure detox facility for people who are a threat to themselves or others because of chemical dependency," says state Rep. Laurie Jinkins, a sponsor of the bill. "This bill would have started us on the path of building those facilities."

When the paramedics wouldn't take Rachel Meyers, her father tried to have her arrested, he says. Again he showed sheriff's deputies loaded syringes, but they wouldn't take her either. Washington state law prohibits law enforcement from charging people with drug possession if officers are called to an overdose.

Finally, two months before she turned 18, Rachel agreed to treatment at an abstinence-based facility near Yakima. She was supposed to stay for a month, but only lasted two weeks before leaving, which she was allowed to do.

"Even in the worst-case scenarios, they can't force kids to do anything," says Krista Elliott, a juvenile defense attorney with Counsel for Defense. "The only way to have lockdown treatment is through the Department of Corrections juvenile prison, but even then, judges can only send kids there in extreme circumstances. They don't want to lock kids up just for treatment."

Even if Rachel had been sent to a state juvenile prison for treatment, she could have just stayed in her cell and waited. No one could have forced her to attend meetings, Elliott says.

When she got home from Yakima, Rachel returned to drugs, her father says.

"I couldn't sleep at night," says Scott Meyers. "I was getting up every 10 minutes to make sure she had an airway."

Finally in November 2014, he decided he was going to lie.

One night at dinner, Rachel was so high, she fell face-first into her plate of food. She was barely conscious when paramedics took her to the hospital.

"I decided I was going to tell them I think she tried to commit suicide," he says. "I thought she needed to be in the psychiatric unit where she's locked down and couldn't take drugs, so I lied."

When he called the hospital the next day, nurses told him that Rachel had left, against medical advice and without a psychiatric evaluation.

Frustrated, Scott Meyers thought he was out of options, so again he turned to the police to try to have her arrested for stealing from the family or possession of heroin.

"I realize having a felony on her record was going to ruin her life," he says. "But I thought if I didn't get her help, she might not live."

He constantly called to check up on the crime-check reports, but didn't receive a callback until April 1, a day after Rachel fatally overdosed.

The reason, says Spokane County Sheriff's Capt. John Nowels, is that law enforcement doesn't have enough people to investigate most property crimes. As for the felony possession of a drug, Nowels says that with her criminal record, Rachel would have been released within days, maybe hours, after she was booked.

"Even if we would have gotten to it, it wouldn't have saved her," he says. "Arresting her was not the solution to her addiction." 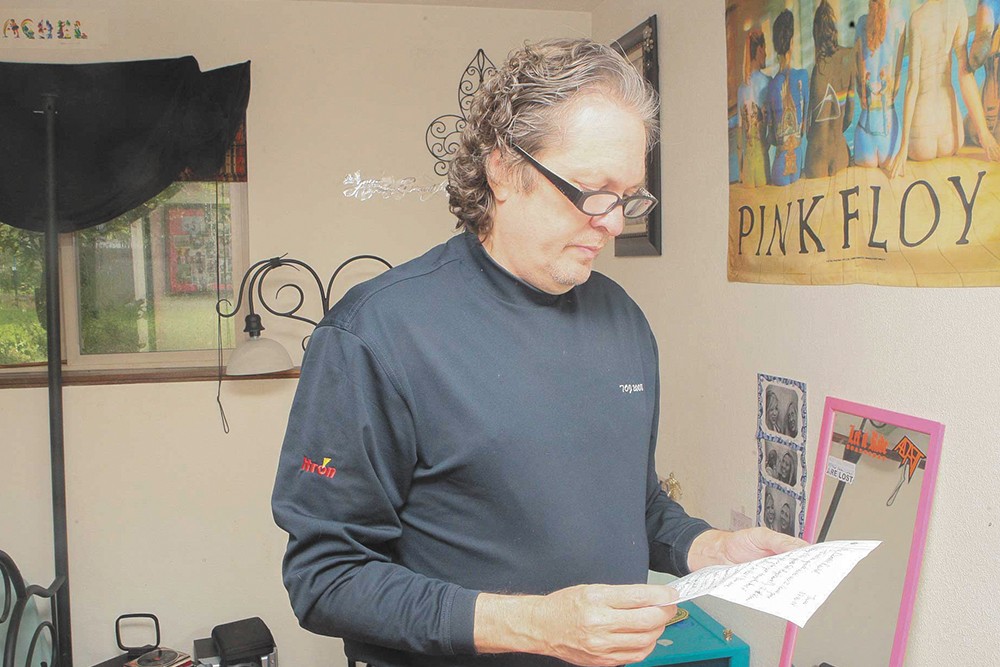 Meghan Kirk
Scott Meyers reads the letter his daughter wrote him after her first night in rehab.

, the preppy blonde girl with bright green eyes from Mt. Spokane High School, she picked him up in a car that she stole from her grandma. On the way to a friend's house, she rapped the entirety of Ice Cube's "Gangsta Rap Made Me Do It."

"I thought it was cute," Jones says.

Rachel started smoking pot in eighth grade with friends, her family says. At first it was just for fun. After school, Rachel and her older sister would smoke on the back porch and giggle at episodes of Family Guy. Their mom worked nights and their dad often was away for work.

A year later she progressed to swiping her grandparents' Oxycontin, and by the time Rachel and Jones got together in August 2014, she'd already moved on to needles and heroin, Jones says. The relationship struck a perfect balance: Jones says he sold drugs, and Rachel liked to do them. They helped her mask the pain of dealing with her parents' divorce, but they were also fun.

"Every time I confronted her about it, her answer was always 'I have more time. Let me make my own mistakes,'" says Rachel's sister, Selene. "She honestly thought she could turn herself around."

A look into Rachel's room reveals the tug-of-war in her mind between recovery and addiction. A binder tucked into her closet contains a stack of résumés listing her accomplishments and extracurriculars: choir, band, soccer, track, volleyball, softball and basketball. She also volunteered at the Spokane Humane Society. Behind the résumés are organized court documents revealing past transgressions and future court dates, an attempt to get her life back together.

Next to the closet, in a two-drawer night table, is a zippered bag that still contains syringes, a metal spoon and cotton balls. "Love" is written on one side; "Stay Hi" is written in turquoise duct tape on the other. A half-full Coors Light can sits next to an iPhone box and a digital camera on a closet shelf — both were stolen, her dad says.

"Rachel stole a lot of things," Scott Meyers says. "She shoplifted, she stole family heirlooms and hawked them. Checks, pills, her sister's iPhone, clothes, Xboxes, anything to buy drugs."

In March of this year

, things were looking up. Scott Meyers came home on Friday, March 27, and planned to ask Rachel about her counseling session. She had been admitted to outpatient treatment, and the Friday session was her second. She had another appointment the following Monday. Instead, they got into an argument. Jones, Rachel's boyfriend, had recently gotten out of jail and was over at the house. Scott Meyers told him to leave, and Rachel said she was going with him. If she did, her dad told her, she was no longer allowed back home.

"I didn't know if kicking her out would push her over the edge or help her," he says. "But I didn't know what else to do. I just couldn't do it anymore."

At 4:30 the next morning, he got a call from a paramedic. Rachel was found dead of an overdose on the bathroom floor of her grandmother's apartment. When Scott Meyers arrived, paramedics had covered her with a sheet, but he remembers her eyes.

"I knelt down to give her a kiss, and peeled back the sheet," he says. "You see life in people's eyes, but to see them dim, nothing there, that destroyed me."

Scott Meyers doesn't sleep anymore. Dark bags droop down from his eyes after he rubs tears from them. From the couch in his living room, he looks at the carpet and runs his hands through his salt-and-pepper hair because he can't look straight ahead.

Staring back at him from the hearth of a stone fireplace is the dimpled grin of his middle daughter, Rachel. Surrounding the large school picture in a collage are several smaller photos of her as a baby, in a soccer uniform, swimming at the lake and laughing at a butterfly that had landed on her cheek.

"She had a good heart," he says, choking back tears. "She just got on the wrong path, and there was nobody that I could find to help her. I tried the courts, I tried the police, I tried treatment, I tried everything that I possibly knew what to do, but I blame myself.

"I'm her father. I should have protected her." ♦