Life in the Slow Lane: How I learned to "take it easy" and love the Eagles 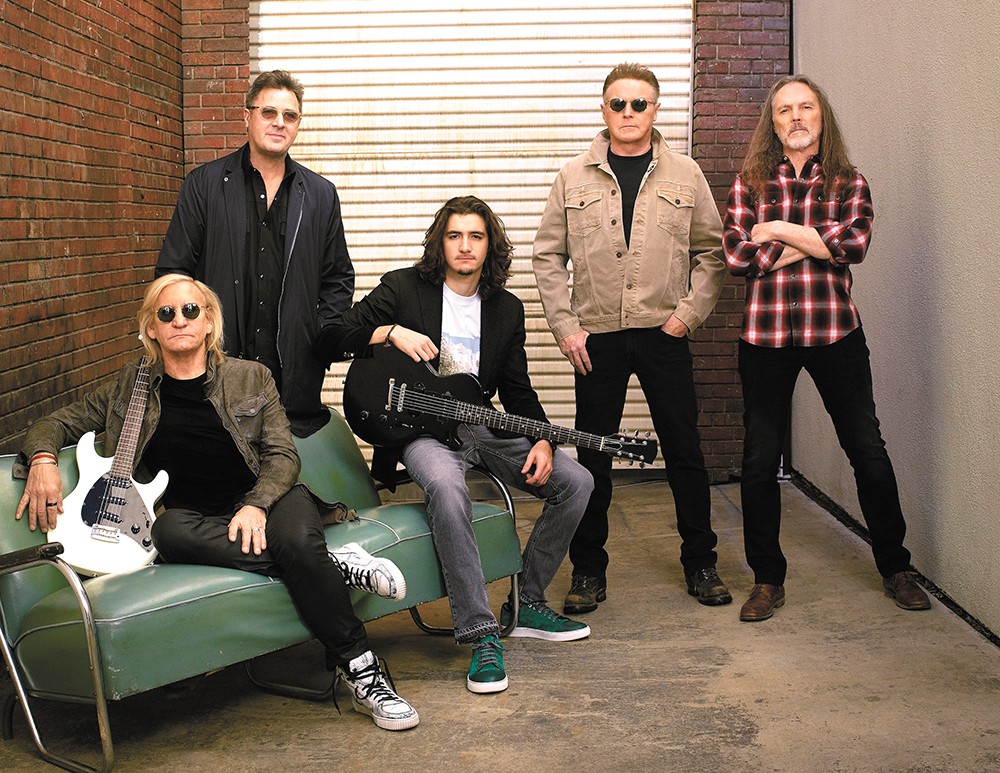 Why don't you come to your senses? No one's too cool for the Eagles.

Since I was old enough to buy my own records, I have actively, passionately disliked the Eagles.

My anti-Eagles stance started in seventh grade when I watched a PBS rock 'n' roll documentary that claimed the band represented the kind of mellow, fake-twang sound that rose to popularity after the raucous psychedelic fuzz (the best parts!) of the late 1960s died down. So I associated the Eagles with the beginning of boring. Historically, the band was a calming, chilled white wine that helped folks "Take It Easy" following the violence of Altamont and the Manson Family murders. But to me, the Eagles sounded as forgettably laid-back as "Ramblin' Man" or a James Taylor ballad.

As a 13-year-old fan of Nirvana and Bikini Kill, I found nothing remotely edgy or punk about the Eagles. They were a tame, safe L.A. group — "one of the most influential and commercially successful American rock bands of all time," according to their current tour one-sheet. Seemed to me that the Eagles became (and remained) popular because they never expressed bold political opinions that might alienate fans. Instead, the Eagles made vague, noncommittal statements — "this could be heaven or this could be hell ... some dance to remember, some dance to forget" — disguised as profound lyrics.

The Eagles do a lot that makes me cringe. If I hear the first five notes of "Hotel California," I rush to move my radio dial before the Jimmy Buffett-y percussion kicks in.

But in my early 30s, something eerie happened in my car one autumn night.

I was driving alone on Sprague, scanning classic rock stations, when the country-flavored intro to "Already Gone" filled my car. Feeling a surge of positive momentum, I rolled down my window and drummed the steering wheel. I felt free. I did not realize (until an internet search the next day) that the very "victory song" I was woo-hoo-hooing along to was sung by the f—-ing Eagles!

I told no one. "Already Gone" became my secret pleasure.

A year later, when founding Eagles member Glenn Frey passed away, a guy I liked posted a tender online tribute to Frey, associating Eagles songs with happy childhood memories. I figured the guy had decent musical tastes. Maybe he was onto something. What if the Eagles weren't so bad?

Relationships — from light crushes to hot dates to cohabitation — can teach you cool life hacks and expose you to new films, bands and ideas. Being attracted to a person makes you curious about their interests; their enthusiasm opens your eyes. It's empowering to realize that preferences aren't static. Tastes evolve. Saying "I changed my mind" or "I was wrong" is a sign of growth, not flakiness. Of course, relationships can cause heartache, too. There's always a chance that "somebody's gonna hurt someone." But if you do get hurt, the artists who pull you through that miserable post-breakup phase often earn a permanent soft spot in your heart.

Such was the case when I visited my mom for 10 days to recover from a romantic split. Mom fired up Netflix and put on a three-hour(!) documentary called History of the Eagles. Too weak to complain, I sipped smoothies and let the rock doc's familiar upward-rise-and-downward-burnout story arc soothe me. My mom liked the Eagles, and I liked spending time with my mom. In my sad state, the Eagles' lyrics didn't seem so meaningless to me. Even the dang banjo solos provided comfort. By the end of the visit I felt indebted to the Eagles for easing my breakup pain. How embarrassing.

Though "Eagles fan" isn't a name I'd call myself, I am a fan of certain Eagles songs, the ones that find me right when I'm ready to allow them in. Most relationships — even to bands — aren't all love or all grudge, but rather a complex mix of appreciation and criticism. With adulthood comes the freedom to say yes to this but no to that. Though I won't pay to see the Eagles in concert, I will rejoice if "One of These Nights" comes on at the bowling alley and makes my hips respond. Our bodies gravitate toward certain songs and people, not others.

Some identities fluctuate. Finding out "what turns on your lights" is one of the perks of adult life.♦