How to never fight over the TV remote again

Wrestling for the remote doesn't have to be part of your viewing experience.

There's a reason the term is "Netflix and chill," not "Netflix and argue." Bickering with a loved one about what to watch is not even remotely pleasant, unless maybe you were both in debate club and enjoy that sort of thing? For the rest of us, spending our hard-earned couch time squabbling is not ideal. I'm speaking from experience, because my spouse and I have the opposite — completely opposite — taste in movies, TV and music.

I would describe my husband Chase Ogden's tastes as artsy and indie and refined. He teaches film production at EWU, is a former director of SpIFF, and is a filmmaker himself, so he knows about the technical side of movies and TV, and about genre and storytelling. His favorite film genres are horror and documentary, and according to him, "things that are a bit darker."

My preferences haven't really changed since I was about 14. I tend to lean in to blockbusters, comedies and coming-of-age stories. "Rom coms and teen pop," as Chase calls it, although I prefer light and fluffy. The way I see it, if I'm going to spend time on something, I'd like it to lift my mood or, at the very least, be a fun ride. I don't want to be left scared or unsettled or cast into a pit of despair, since we all know any sort of investment in news and current events provides enough opportunity for that.

A running joke in our marriage is that the Venn diagram of our overlapping pop culture tastes is barely a sliver. Like, if we were both tasked with listing our favorite all-time movies or shows, we would have zero in common. Despite this gray area between Chase and I, we're somehow rounding the corner on 17 years of togetherness, and we've learned to — somewhat comfortably — work around the Grand Canyon-sized rift in our entertainment preferences. In fact, it's been brought to my attention that sharing some of our methods for handling it may actually be relevant for other couples or roommates or family members who rarely agree on what to do with the TV or the car stereo.

So far, I have found six ways of approaching this issue. It's very possible that there might be more I haven't been able to explore because that takes precious time away from The Bold Type and Outer Banks, which I need to get to right now before my husband starts a kung fu movie. 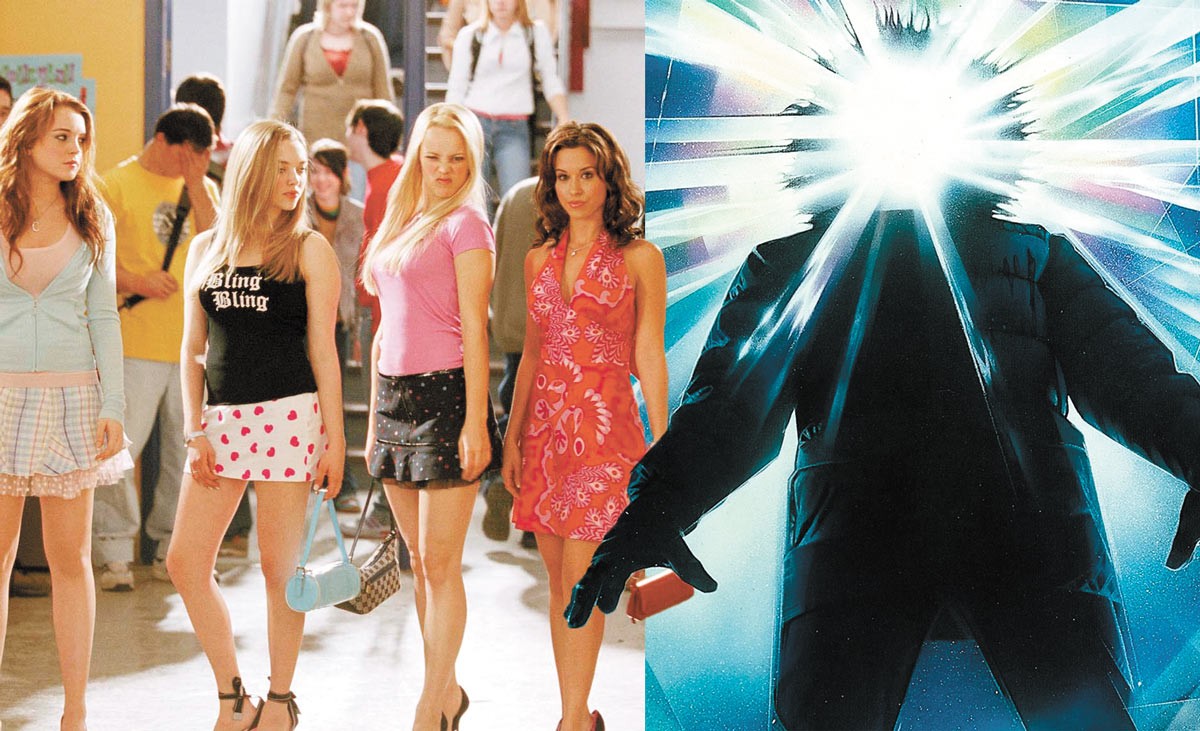 The author loves Mean Girls, whlie her husband has a thing for The Thing.

A great way to not fight over what to watch is, never actually try to agree with each other in the first place. Now, whether or not you opt to sit through their turn is up to you. Personally, I almost always linger near my husband, even when he's watching something gory or dark, because our couch is comfortable and so is his shoulder, and I don't have a problem reading or focusing my attention elsewhere even when the TV is on. But your mileage may vary. When I asked Chase if he ever misses me when I'm not there on the couch with him, he did admit, "watching a movie by myself can be kind of lonely." But I think he only said that because he's too polite to say that it's annoying to have me there requesting a play-by-play while I cover my eyes during the bloody parts.

It's not about what you want to watch, it's about what you're willing to watch. On occasion, one of us (usually me) can narrow it down to a genre that we're willing to tolerate on the other's behalf. We do this with our kids, too. For example, one of them will name the show, and the other will pick the particular episode that they'll share. It's not quite as satisfying as when everyone agrees, but it's as close as we can get; kind of like going to a food court so you can each get something you want, instead of sharing a meal at your favorite sit-down restaurant.

There have been a few times when I've eaten my hat, and found myself sucked into a show or movie my husband started without any expectation of me enjoying it. Battlestar Galactica, for example, is amazing, and I would have never turned it on for myself (so say we all).

Reading spoilers won't be for everyone. Chase actively avoids them, saying, "My favorite thing in movies and TV is when they can stay ahead of me, and spoilers would ruin that." I, on the other hand, love spoilers. The overeager, anxious side of me tolerates intense films far better when I know what's coming. This technique is how I managed to sit through the recent Fear Street trilogy (which is great, by the way. At least, the parts I saw). I knew which characters were going to be killed, and how, so I could prepare myself. I was able to enjoy it more in my own way (completely spoiled), while Chase enjoyed it his way (watching it like a normal person).

Like, the fact that you'll never have to deal with the other person watching your favorite show without you. This is a big win.

Plan Accordingly When You Strike Gold

Wait, so there are a few things you can agree on? Congrats! This is a big deal! Don't just waste that opportunity for togetherness on a random night. You can celebrate it! You can plan ahead, prep some snacks, and make it a big to-do. And, if you've hit the Holy Grail for Housemates Who Don't Normally Like The Same Stuff, which is a shared television show with multiple seasons, then clear your calendars and bask in that glory. For us, it's Stranger Things. For you, the sky's the limit.

Whatever you can agree on, feel free to cherish it, even if it makes you feel silly. You've earned it. ♦