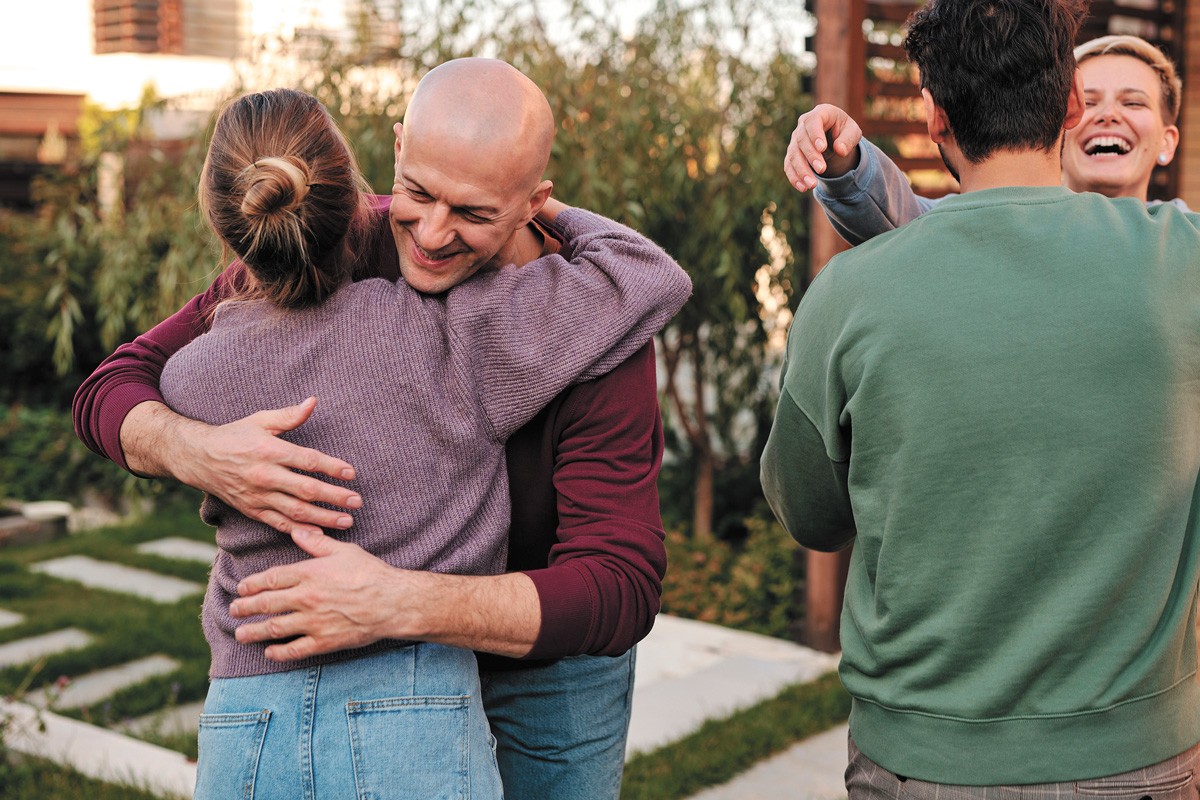 Have hugs, will travel.

Twenty years ago, Dave Matthews Band put out a video for their song "Everyday" that starred a relatively unknown comedian walking around hugging people randomly on the street.

That comic, Judah Friedlander, would go on to some fame playing filthy comedy writer Frank Rossitano on 30 Rock. That music video that made Friedlander sort of famous was a reminder of Americans' willingness to embrace a nice stranger in the aftermath of the 9/11 terrorist attacks. And it keeps popping in my head as the country again emerges from a deadly, scary situation.

I'm feeling the pull to follow Friedlander's lead in the summer of 2021. After a year-plus of avoiding touching things and not shaking hands or hugging my friends and family, I have the urge to hug pretty much everyone I run into. Whether they're casual acquaintances, co-workers or people I only "know" from Facebook. They might be restaurant servers, essential grocery workers, bartenders or librarians. Hes, shes or theys, it doesn't really matter. I'm in a huggy mood, and the world is my embraceable oyster thanks to being vaccinated. I could even hug someone in North Idaho! I won't, but you get my meaning.

I'm not advocating touching anyone without asking first, and I'm certainly not advocating watching that Dave Matthews Band video to understand where I'm coming from — we've all been punished enough by the pandemic. I'm just saying if you see me on the streets of Spokane this summer, you just might see me in a Friedlander-style trucker hat that says "free hugs" on it. And I'll be dead serious.