In the fog of COVID-19, distinguishing scammers and price gougers from honest dealers gets tricky 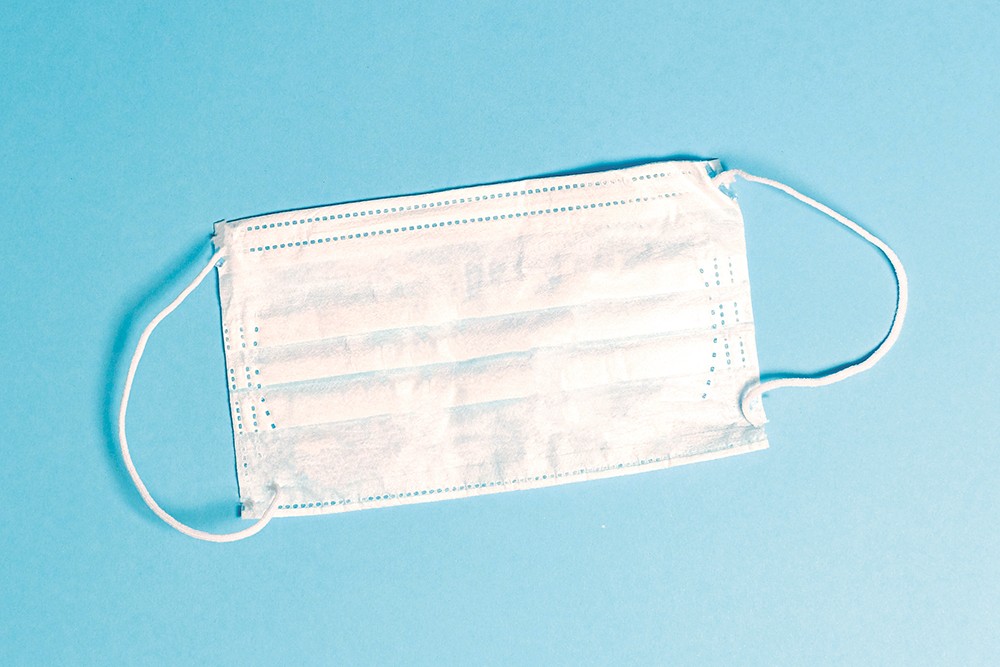 To some people, "virus" is just another word for "opportunity."

For example, consider the suspicious caller who left a voicemail on Spokane social worker Rexann Heston's work phone last Thursday, claiming the IRS wanted her security information so she could get her coronavirus stimulus check faster. She didn't fall for it.

"I called back and messed with him," Heston says. "He said, 'This is serious business. If you don't give me your information, I can't give you your check.' Eventually he started cussing at me and told me that I was an asshole."

It's exactly the sort of scam that Brett DeLange, the Idaho deputy attorney general who heads up the state's consumer protection bureau, anticipated as soon as the president signed the stimulus bill.

"The federal government is not going to contact you by email or text to ask you for information like that," DeLange reiterates.

There are other schemes out there, too: The Spokane Police Department received a report of a letter being sent to people claiming to be from a "CVL Department of Health" on Garland Avenue offering a "cure" for COVID.

"Crime seems to love chaos," says William Hyslop, U.S. attorney for the Eastern District of Washington. "When we see periods of natural crisis, there were people out there who seem to be as innovative as possible to prey on others."

But law enforcement officials are also scrutinizing the price hikes and promises made by comparatively legitimate businesses — and there the line between businesses adapting to the pandemic and those taking advantage of it begins to get hazy.

Last month, Amazon came to the Washington State Attorney General with an offering: The names of five major Washington-state based "price gougers" who'd been selling coronavirus-related products like hand sanitizer and N95 masks at dramatic markups on their Amazon storefronts.

The list included Devon Mahdi, a self-described e-commerce "hustler," with a business address in Spokane.

According to a press release issued last week from the Washington AG's office, Mahdi had raised "the price of an 8-ounce bottle of hand sanitizer from just over $3.50 in January to an average price of more than $25 — a more than 600 percent increase."

In a March 26 letter to Mahdi, AG Bob Ferguson threatened a $2,000-per-violation penalty if Mahdi continued to sell N95 masks, hand sanitizer or disinfectant wipes "at an unreasonably excessive price." (Mahdi did not return interview requests last week from the Inlander and other media outlets.)

Price-gouging allegations have abounded in Idaho, too.

"We've got a lot of complaints on gas, quite a few on toilet paper and hand sanitizers," DeLange says.

But DeLange notes that Idaho's price-gouging law only focuses on four categories of items — food, fuel, medicine and water — not masks, toilet paper or hand sanitizer. So instead, the AG's office has been writing letters appealing to the store operators' decency.

"'We're in an emergency,'" DeLange says he writes. "'Does it really make sense to charge 25 bucks for hand sanitizer?'"

In some cases, it's fallen to large, private businesses to police the industry.

Like Mahdi, Scott Cook, owner of Lucky Birds Brands, an e-commerce company in Spokane, had his eye on the opportunity associated with the coronavirus.

Earlier this year, he had ordered 30,000 children's N95-quality facemasks from a Chinese factory, planning to sell child-sized "Munchkin Masks," complete with kid-friendly princess and truck designs, for $14.99 for 3-pack — netting him a $1.50 per sale.

He didn't consider that price gouging.

"[Some sites] were selling a single mask for $19.99," Cook says. But before he'd even manufactured the masks, Amazon began to automatically delete nearly all N95 mask listings — and his proposed product was caught up in the wave of coronavirus-related restrictions put in place by big e-commerce sites.

While he hasn't given up hope for Munchkin Masks in the long term, Cook says he's directing his recent efforts to "double down on helping people," including with plans to distribute 1,000 free single-barrier cotton masks outside his office on Trent Avenue.

The worst part? It wasn't actually an N95 mask they were selling, he says, but rather one offering less protection.

THE AIR IN THERE

"We are seeing businesses claiming that they'll fumigate your home to eradicate the virus," he says. "There's no scientific evidence to substantiate that claim."

Quacks have already been flooding online marketplaces with all sorts of snake oil: New York Attorney General Letitia James has sent cease-and-desist letters to vendors like Infowars host Alex Jones, who promised his colloidal silver toothpaste could obliterate the coronavirus.

There's another type of product being sold as a tool to fight the virus that's more defensible, but still controversial: air purifiers.

In New York, James sent out a letter to three air-purifier manufacturers in late March, calling on them to stop their COVID-19 ads that claim their "$1,500 air purifiers can effectively prevent people from contracting the virus by removing the virus particles from the air."

In particular, James wrote, she worried that the New York ads were misrepresenting COVID-19 as primarily an airborne disease — the sort that air purifiers specialize in dealing with — instead of one spread through droplets.

While recent studies have raised the possibility that the virus is more airborne than originally thought, the Environmental Protection Agency website still answers "no" to the question "Will an air purifier protect me and my family from COVID-19 in my home?"

Locally, as concerns about the coronavirus began ramping up, The Barton Boys, a Spokane heating and air conditioning company, began running radio and print ads that touted air purifiers' record of virus destruction.

"Want to kill viruses?" an ad in the Spokesman-Review reads. "We install home purification units that will kill 99 percent of viruses and bacteria in the air and on surfaces."

Jon Brotnov, who owns Barton Boys in Spokane and Mike's Mechanical in Lewiston, Idaho, says he's not currently running the ads for budgetary reasons, but has no misgivings about them.

"We didn't say in any of our ads that 'this killed coronavirus,'" Brotnov says.

But he also felt the ads were necessary to let customers know that there were "products available that can possibly help them and make their homes safer."

Advanced purifiers, like RGF Environmental Group's REME Halo, tout the dispersal of "ionized-hydroperoxides" as being effective in sanitizing surfaces as well as the air. RGF cites a slew of Kansas State University studies to claim that the Halo kills "up to" 99 percent of "bacteria, mold and viruses." Brotnov says he called the manufacturer to speak with them directly.

"They explicitly said it kills 99 percent of viruses, but they haven't specifically tested it on the coronavirus," he says.

His concern, he says, wasn't "legal at all. It's reputational." He says he got a few calls questioning whether it was ethical to run the ads as a pandemic ramped up.

The Barton Boys had spent decades building up trust with customers, he says, and he wanted to make sure not to risk that with a campaign that could be accused of relying on fear.

While the purifiers they sell are great, Perry says, he informed anyone who called in that they weren't guaranteed to kill the coronavirus. Instead, he stresses the purifiers' remarkable ability to fight bad smells and irritating allergens.

"It's amazing what it does to odor," Perry says. "But odor is not a pandemic." ♦

The original print version of this article was headlined "Entrepreneurs or Profiteers?"