'It For Sure Saved Me' 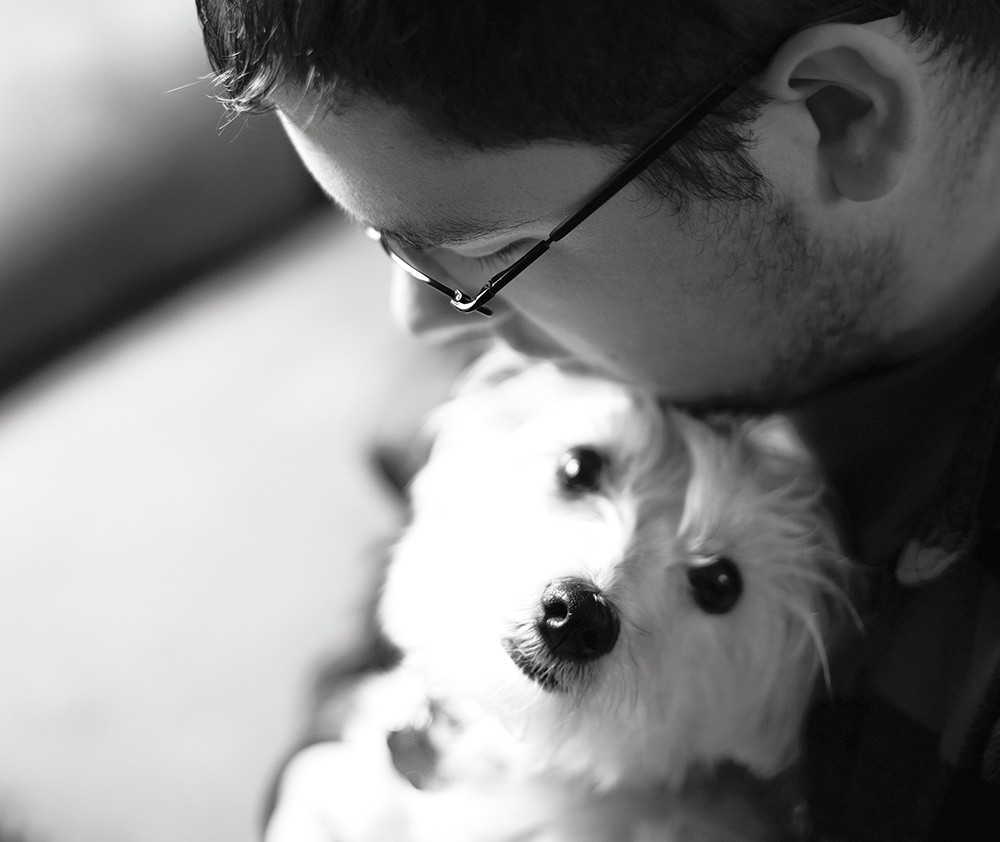 Young Kwak
"All my problems were outside of the walls so I could deal with myself."

It often comes on with the weight of a curse.

Dalton Deatrich carries a dark seed deep in his psyche that he somehow brings bad luck. At 21, he lives with a persistent fear of screwing up — a nerve-wracking anxiety that ended his military career last year and sent him spiraling.

"Mostly I feel like I'm doing something wrong all the time," he says. "I don't think I can do anything right."

Deatrich, raised in Spokane, joined the U.S. Navy with dreams of serving on a submarine crew. He had completed basic training and started a sub program in Connecticut when he narrowly survived a car crash.

He suffered severe neck and back injuries. Once confident and outgoing, he started doubting himself. He grew increasingly nervous as a series of smaller incidents piled on, fueling superstition throughout his unit.

"It became known that I was bad luck to be around," he says. "That stays with me. Even now I think I'm bad luck."

Deatrich washed out of the submarine program and returned to civilian life, shaken and adrift. One of thousands of veterans returning from service with new or under-recognized mental health issues, he has since weathered the ups and downs of recovery — fighting depression, finding work, going to counseling and getting his life back on track.

At his darkest moment, he says, this past April he stood in his kitchen with a knife contemplating suicide when finally his luck changed. He looked up and spotted the number for a suicide hotline.

Growing up, Deatrich never had problems with anxiety. He often performed live music or acted in drama class at Mead High School. He says he joined the Navy for an opportunity to serve while he worked out a plan for a lifelong career. He thought he was off to a good start before the accident.

"My plan was to join the military and then figure out a plan afterward," he says. "I signed up for a five-year contract thinking, 'Cool. I'll have five years to figure myself out.' That didn't happen."

Deatrich says his injuries and anxiety disqualified him from the submarine program. Instead of being treated and reassigned, he says he was simply discharged from the Navy. He found himself without any plan — injured, unnerved and unemployed.

"Everyone says I'm too young to have these problems," he says. "I'm like, 'Yeah. But they still happen.'"

Upon returning to Spokane, Deatrich spent a season on a county road crew. But he struggled to find work after the job ended in the fall. Unemployment left a lot of time alone to obsess over perceived faults or mistakes. He still suffered pain in his neck and back. He fought a growing hopelessness.

Despair piled on for seven long months, he says. When a new job prospect fell through, he first reached for the knife, but instead called for help. He says he checked into inpatient care at the Spokane VA Medical Center.

Local VA officials report that the hospital's Behavioral Health department serves about 7,000 veterans a year. Most of those individuals receive outpatient services like scheduled counseling, support groups or assessment. Dozens of veterans check into the inpatient facility for short-term, specialized care.

"It was nice to be away from my problems for a while," Deatrich says. "It was, for lack of a better word, sort of a vacation from it. All my problems were outside of the walls so I could deal with myself."

Just a couple of weeks after being released from inpatient, Deatrich landed a new job with a local manufacturing company. He got connected with new support programs at the VA and quickly found his way out of the dark. He finalized wedding plans to marry his childhood friend and even auditioned to perform at the Blue Door Theatre. In his spare time, he plays slide electric guitar.

"It's uplifting to get out of that," he says. "It's like nothing else could ever be that bad after that. ... I won't get there again."

Deatrich credits his mother and family with supporting him through this past year. He also remains thankful for the timely intervention from those at the suicide hotline. When he needed help, he found an understanding ear.

"It was perfect," he says. "They weren't telling me to do anything. They just put the ball in my court."

Deatrich got married and went on honeymoon last month. He also got laid off from his job, but he now sees it as a simple setback, not a curse. He plans to find another manufacturing job and buy a house, then raise some kids, maybe write a few songs along the way.

And he dreams of visiting Europe someday to see some of history's greatest sights with his own eyes. He hopes to gaze upon the cathedrals, castle ruins and the battlefields of World War II.

"I like seeing where people did things that were difficult," he says, "and got through it." ♦