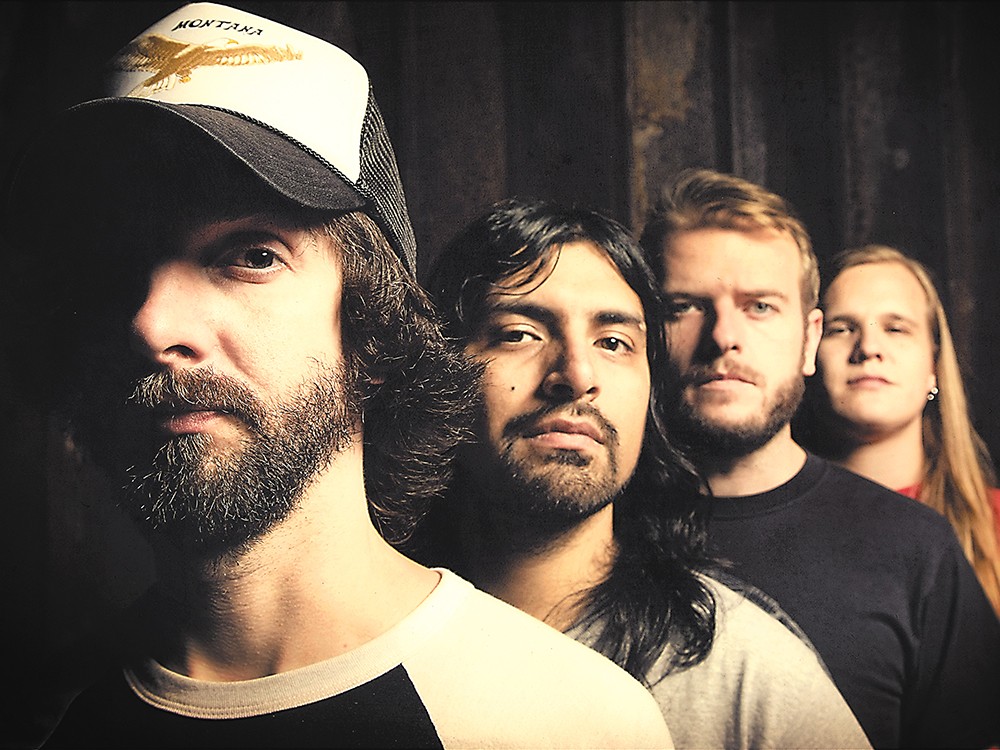 The Sword would prefer you don\'t mosh at their upcoming show.

For the past decade, The Sword has stroked the happy place of heshers around the globe who were reared on Black Sabbath and Blue Cheer records.

Like the balance that Ozzy and Dio struck decades before them, the Austin, Texas, outfit has never been one to launch a full-on aural assault on the eardrums of its fanbase. That’s not to say they aren’t heavy and loud — they most definitely are. But The Sword pairs thick, heavy riffs with noodling guitar solos and the clean, easy, melodic vocals of the band’s leader, J.D. Cronise. He never screams, never squeals, and the music always just rides along behind him, cool as can be.

The Sword makes heavy rock reminiscent of surf vans parked along the boardwalk, sandy beach bonfires and sixers of cheap beer. And if you didn’t know any better, from the sound of them you might even think The Sword was a band your Dad used to listen to on vinyl way back when.

But not everyone sees the band that way. The Sword has found that people like to raise hell at their shows as they might at a Slayer or Mastodon show, forming giant, undulating circle pits of kicking, shoving and general freaking out. Pretty standard stuff for heavy music, but Cronise doesn’t like it.

“When I hear ‘Battery’ by Metallica, my instinct is not to put my head down, run in a circle and shove people around me,” he explained to Decibel last year. “That to me seems bizarre and kind of silly. When other people hear songs like that, that is what their instinct is to do. To me, that takes away from a musical performance when there’s accomplished, talented musicians onstage performing songs for you; to engage in this totally unrelated physical activity to me is disrespectful, in a way, to the rest of the audience that doesn’t want to do that”

To some fans, Cronise was committing heresy, instructing them how to react to music and showing a lack of understanding of the brotherly code of the pit — that if someone falls, you pick them up. Online commenters freaked: taking moshing out of metal is like taking fighting out of hockey.

“Personally, I love when it’s just a sea of banging heads. That’s what I love to see more than anything,” he said in the same interview. “I wish I had a time machine and could go back and stop the first mosh pit from ever happening at a heavy metal show. The age before that happened that was the golden era.”