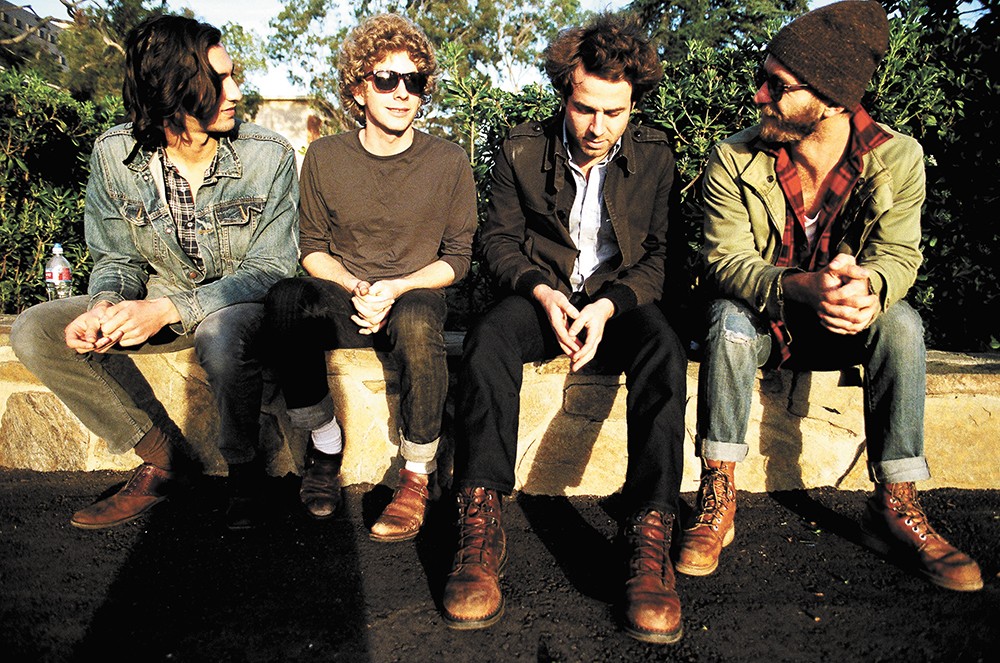 It's hit or miss.

Free outdoor shows can either prompt a widespread rager or elicit polite claps from attendees more interested in their picnic baskets than music. That's why folk-rock act Dawes often takes a pessimistic approach to these events, like when they play Liberty Lake's Pavillion Park on Saturday.

"We've done a bunch of these kinds of shows," says bassist Wylie Gelber. "We can't expect it to be a crazy, freak-out kind of audience, but sometimes it is that. People come out to free shows not knowing what to expect either, which can be good."

Dawes is a California band influenced by California landscapes and sounds. The quartet is often compared to '70s folk-rock Laurel Canyon outfits, even though they claim to have never hung out in the famed area. Their nostalgic songs breeze by in three-part harmony and can often run well over the six-minute mark when played live (and some on the recordings, too). "For us, we love really long and meandering songs," says Gelber, the only band member who doesn't sing.

This summer, they've been meandering along the interstate highway system, opening for acts like Hozier, playing festivals and headlining their own shows. Gelber says their tour bus feels crowded, even though it's a step up from the van from past tours.

"It's luxurious, but it does smell like feet and everyone spills their cereal everywhere," Gelber says.

But the Americana group, together now since 2009, knows each other so intimately there isn't infighting. There simply isn't the space to fight. Dawes is made up of brothers Taylor Goldsmith, in the singer-songwriter role, and drummer Griffin Goldsmith, along with Tay Strathairn on keyboards and Gelber. They're out promoting their new record All Your Favorite Bands, which leans more toward straight, heart-on-the-sleeve rock than previous efforts. Lyrics pull from fragments of failed relationships but also include hope for the future.

For the recording, the goal was to capture the inspired nature of their shows.

"We'd hear from people that we sounded different in the studio, but in our minds it wasn't like that," Gelber says.

They played intimate shows up and down the California coast, workshopping the new material so that when they finally hit the studio, the instrumentations were the exact same.

"To enjoy music, it needs to be played real," Gelber says. "Because everything was road-tested with this record, we knew it was going to be different." ♦