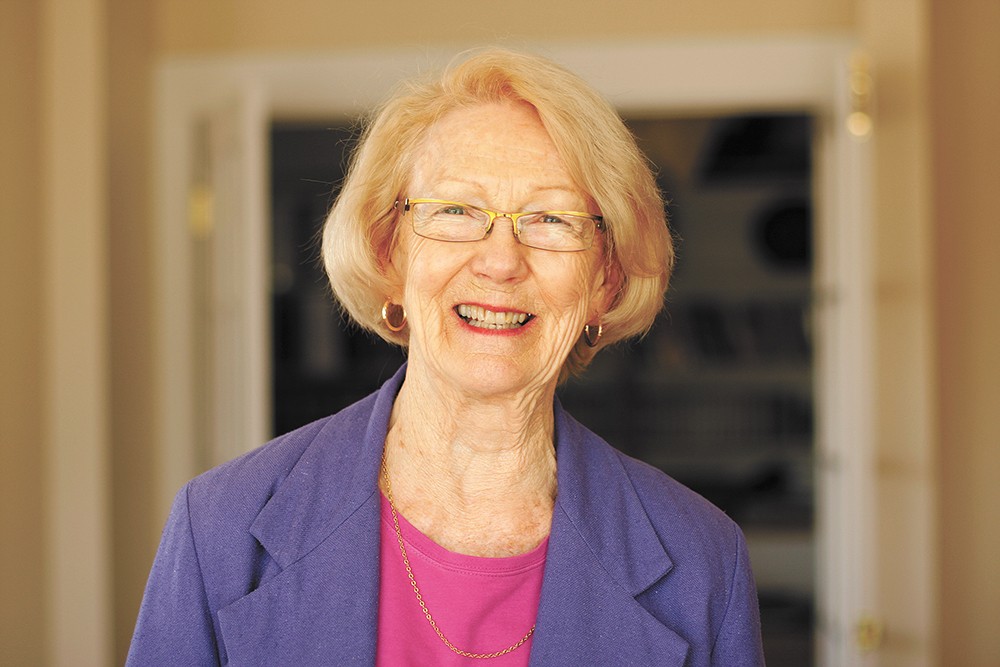 Mary Lou Reed, a former Democratic Idaho state legislator known for her dedication to public service in the region, is a fixture of the Inland Northwest. She co-founded the Kootenai Environmental Alliance, served on the board of the Human Rights Education Institute, and for years wrote monthly columns for the Inlander on current affairs in North Idaho, with a focus on environmental issues.

Now, she's published a book. Printed by Spokane's own Gray Dog Press, In Her Words is a compilation of her Inlander columns from the past decade or so. Complete with eye-catching illustrations from Coeur d'Alene artist Allen Dodge, the book includes columns taking aim at Idaho's lagging funding for public education and its low minimum wage, among other issues.

Reed, for her part, describes it modestly: "It's a picture book with words," she says. "It is a page-turner that has pictures and words and just a sampling of the columns. It's kind of colorful. I really like it."

And while the columns might be dated, the issues are generally still current. As the author says: "In Idaho, change doesn't happen very rapidly."

But as anyone familiar with Reed's writing knows, the book isn't a North Idaho putdown. Far from it. While Reed says that she's "not very subtle" in her columns, it all comes from a place of loving North Idaho.

The impetus for the book actually came from several associates of Reed who pushed her roughly a year ago to memorialize some of her columns in a book.

Despite her initial skepticism, Reed and her friends spent roughly a year poring over Reed's clips and compiling them for In Her Words.

"These guys not only talked me into it, they came around once a week all the way through until the very end," she says. "I would not have done it without the help and the coordination with these guys."

While the pandemic has thrown a wrench in any reading events, the work has been published and is available for purchase online at the Kootenai Environmental Alliance's website, kealliance.org, for $20. All proceeds will go to the alliance.

"At some point, we'll probably have a reading when people can gather again," she says. ♦

The original print version of this article was headlined "Gentle, But Not Subtle"