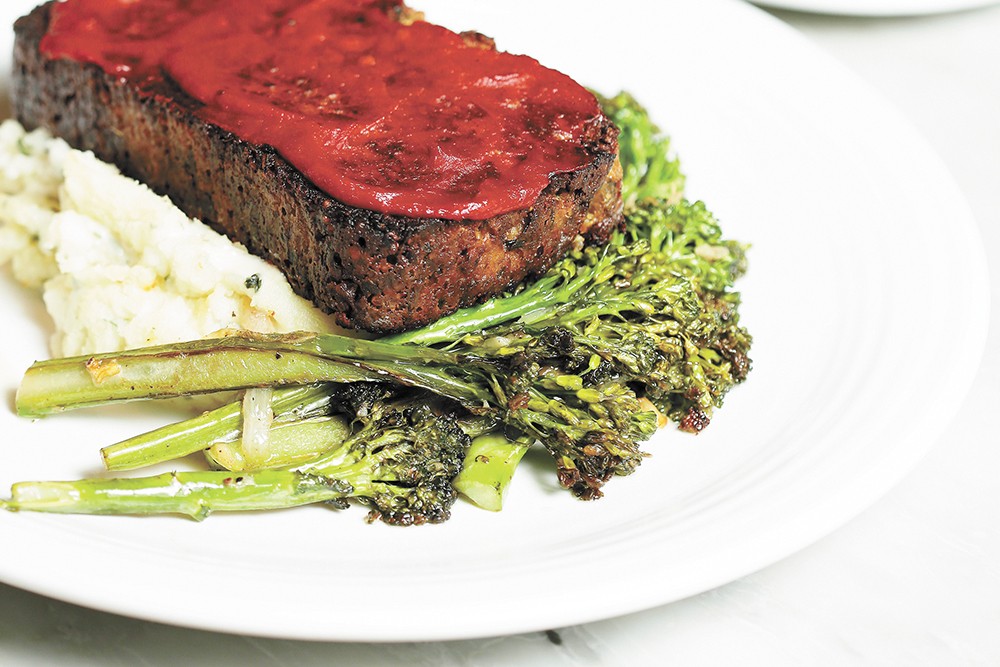 Mizuna has been a leading establishment for vegetarian dishes in the Spokane area for over two decades. By now, the competition has started to catch on.

It's a bit of a conundrum, admits chef-owner Mike Jones, who's been at Mizuna since 1996 and its owner since 2006.

"Ten years ago when people asked what we did, our description was like, 'local food, organic food, really paying attention to vegetarian food,'" Jones says. "Now if we say that, it's the same thing as everyone else."

Trends come and go, and as long as Mizuna is focused on good flavor and locally sourced ingredients, there's no reason to feel insecure about the restaurant's place in the local food scene, he says.

"We don't really chase trends, we just do our own thing," Jones says. "Use [fewer] ingredients and let the ... ingredients shine. Don't put every texture and every flavor in every dish. Less is more at that point. Go back to the basics."

A classic favorite on the menu right now is the Field Roast and quinoa meatloaf ($22), he says.

"If someone were going into a purely vegetarian restaurant and had no idea what to order, I think that would satisfy everybody," Jones says.

Full disclosure: I am not a vegetarian. I don't typically go meatless when I go out for dinner. And meatloaf, regardless of its ingredients, is not something I seek out no matter where I go. But I'll try anything once, and after a recent visit to Mizuna I may even try the meatloaf twice.

The "loaf," a convincing blend of vegetables and quinoa with a tomato-chipotle glaze smeared on top, comes served on top of a cushion of gorgonzola mashed potatoes. Meat eaters: Imagine a meatless meal that is delicious and sticks to your ribs.

"We cook mushrooms and garlic and herbs and the quinoa and grind it all up and make a plant-based 'meat.' Treat it as you would a meatloaf: add some breadcrumbs and egg, make it into a patty and bake it," Jones says. "It's just [got] earthy and deep flavors. It's just really heavy and has a lot of protein in it."

The ingredients are mixed with Field Roast's vegan Celebration Roast, made from butternut squash, apples, sage, onions, celery and cranberries, which makes for a more crumbly loaf than traditional meat. Yet paired with the mashed potatoes, it holds together well. The combination has a nice, comforting flavor that doesn't overwhelm the taste buds — and yet it's unlike a typical meal I might order at one of my usual haunts.

If your dietary restrictions include gluten, you might try Mizuna's crispy gorgonzola polenta ($21), which Jones also recommends. My partner had this, and I can vouch (neither of us are gluten-free, either). The polenta bites come with grilled portobello mushrooms, asparagus and creamy gorgonzola sauce that I was eagerly bartering for.

If you're looking for something off the beaten path, Jones also recommends the cashew-crusted seared avocado ($22), another gluten-free menu item, this one with a vegan option.

"I think everyone should branch out," Jones says. "You never know until you try it." ♦

The original print version of this article was headlined "Loaded Loafs"