More Than a Statistic

Whether in Seattle, Spokane or Sandpoint, every homeless person has a story worth hearing 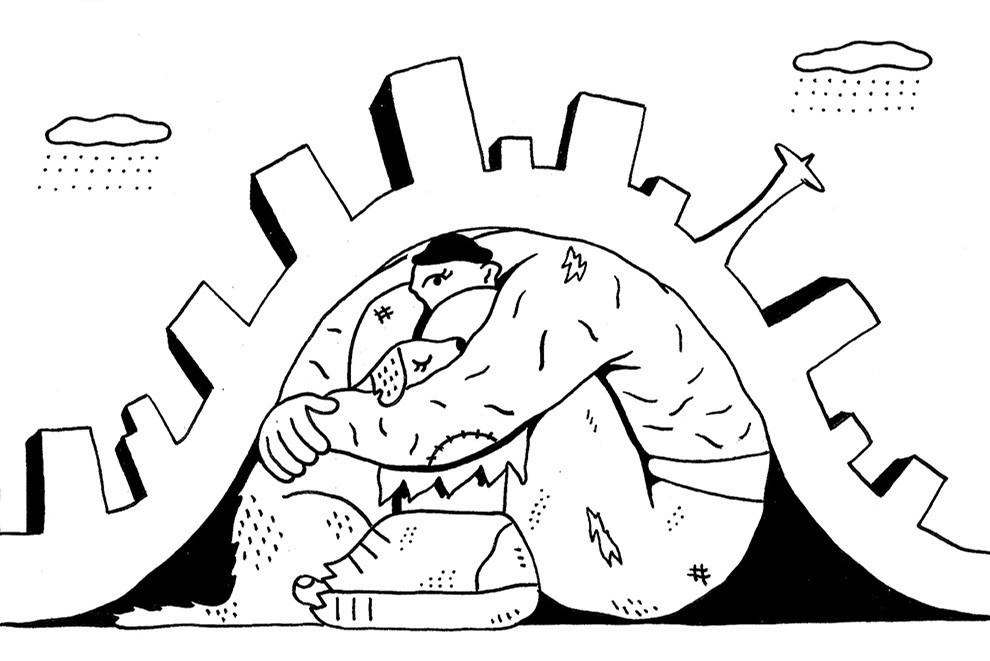 Seattle is a city with incredible wealth,

and that wealth's figurative, if not literal, exponential growth is visually apparent. The city is filled with dozens of cranes and rising buildings. The skyline vividly declares its economic success. But the realities on the streets below, particularly in the early morning after the bars have closed and sounds of late-night merrymakers have faded, tell a different story.
click to enlarge

Huddled together in doorways, under bridges and in tents are thousands of Seattle's citizens. Some find brief refuge in shelters, although many cannot — whether due to working a night shift, addiction or a desire to stay with their significant others (an understandable yearning in the midst of so much uncertainty).

Seattle's homeless are largely vulnerable to the elements, and the darker sides of human behavior. In 2007, the Seattle City Council passed a law prohibiting malicious harassment of a homeless person and making it illegal to damage his or her personal possessions. A positive step, but one that also revealed the dangers and tribulations faced.

Since 2007, the population of homeless people in Seattle has only grown. Today, more than 10,000 people in Seattle are homeless. Ten thousand people! The scale of that number didn't fully hit me until I realized it was thousands more than the 7,000 people I served as a city councilman in the small town of Sandpoint, Idaho.

In a small town, you see everyone's humanity. In Sandpoint, it's impossible not to recognize the vibrancy that exists — so much life! It's a town filled with characters, each with their own stories — touching, heartbreaking and inspiring. The people there contain so much joy, and yet many have also experienced so much pain. I know those stories. I know those lives. They are not merely statistics.

When I overlay this concrete knowledge of the magnitudes contained within a community of 7,000 people upon Seattle's even larger population of people suffering from homelessness, I realize the scale of willful ignorance required to avoid facing their plight. For surely the same complexities of the human experience are equally found within their lives.

My long failure in empathy to appreciate this reality is unfortunately common. It is what has allowed me and many others to tolerate a stunning lack of urgency in addressing the needs of these citizens.

Late last year, Seattle Mayor Ed Murray declared a state of emergency regarding homelessness. The executive order gave city agencies greater flexibility to act and came with $5 million in one-time additional funding. Earlier this week, Amazon, a company with increasing influence and complexity in its relationship with Seattle, announced its intention to turn one of its many buildings into a homeless shelter — until it demolishes the building in 2017, to begin construction of another much taller building with its requisite cranes.

Again, we are seeing positive steps, but our response falls short of the urgency required by this now-official emergency. This emergency is not Seattle's alone. There are people suffering from homelessness in Spokane and Boise. And yes, even in Sandpoint.

More than half a million people in America are homeless on any given night. It's a staggering number. I hope we can come to understand it as more than a statistic, and act accordingly. ♦