Bonnie "Prince" Billy has been called a recluse, a country musician and an actor — but he's not exactly any of those things 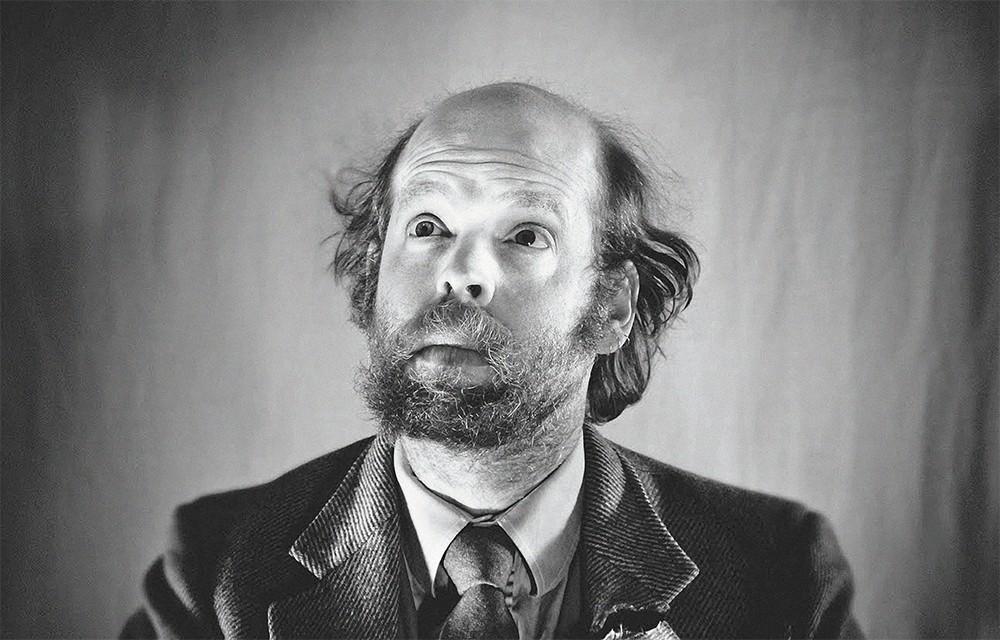 There may not be much left

to achieve after Johnny Cash records one of your songs and asks you to sit in on backing vocals. But while Bonnie "Prince" Billy describes the experience of Cash singing his "I See a Darkness" back in 2000 as an arrival of sorts, that doesn't mean he could stop right there and die happy. Life goes on.

"That was a reality that I never thought existed, like in my dream Johnny Cash sang my song and it was so cool," Billy recalls. "It felt less realistic than some of the actual dreams I've had, where I'm playing with Iggy Pop or someone."

Before the Cash episode, Billy had been playing and recording for a decade under different names, including Palace Brothers and Palace Music. He released one album under his real name, Will Oldham, then in 1998 switched to the moniker Bonnie "Prince" Billy. He says he'll answer to anything: Will, Bonnie, Billy. To add confusion, sometimes he'll sign his name "Bonny."

"That's the thing about language, it should be fluid," he says.

The day I call him, he's in his yard in Louisville, Kentucky, pulling weeds, the oppressive afternoon sun and humidity bearing down on him. But the birds are chirping gloriously and his 6-pound Yorkie is keeping him company.

He used to spend a lot more time in Chicago, home to his record label Drag City, but after his mother got sick a couple of years ago, he's moved back to Louisville. And this is home; this is the place that taught him to love country music. He'd rather listen to a Luke Bryan pop-country hit than be tortured with Beyonce. "Am I the only one who doesn't get her?" he asks.

While his music isn't exactly quantifiable as country — it's more indie rock/Americana/folk, paired with his warbling voice devoid of twang, saturated in sadness and beauty — he's OK if someone takes it that way.

"A good thing about country music, and being associated with it in any way, is it's a community of professionals who share some kind of history, a living history, and that's pretty exciting," Billy says.

Over the years he has earned a reputation for not wanting to talk to journalists; that he's some sort of recluse.

"There were a couple of moments they wanted to use those terms as a catch phrase," Billy explains about reporters. That's why he released the 2012 book Will Oldham on Bonnie "Prince" Billy, which was supposed to answer all those pertinent questions, so he didn't have to say the same shit over and over: About his days as an actor (he was in Junebug and Jackass 3D), appearing in music videos for R. Kelly and Kanye West, how he came up with his current pseudonym or what it was like to work with Johnny Cash.

"I realize all interviews will cease at one point, though," he says.

So he keeps putting out music and touring and continues to talk, because he knows it won't last forever. He can be very open, especially in his music.

"I figure everybody believes they're a bad person, so sure, I do think I am too," Billy admits. "Sure, sometimes I worry I'm being too open in my music. I try to keep working on a song until I don't recognize the singer, but I think there are times I may have been fooling myself."

This Friday, he's playing Spokane for the first time, though he's toured through Washington many times. He'll play his one-man show. He'll probably even play "I See a Darkness." He says he never tires of playing certain songs over and over.

"I've nurtured an approach to a lot of the songs I play; it's precarious," he says. "I try not to know my own songs, so that when I begin a song I don't know where it's going. When it begins, I'm not sure how it will get to the end." ♦

Spectrum Singers Presents: A Path to Each Other @ Spokane Falls Community College