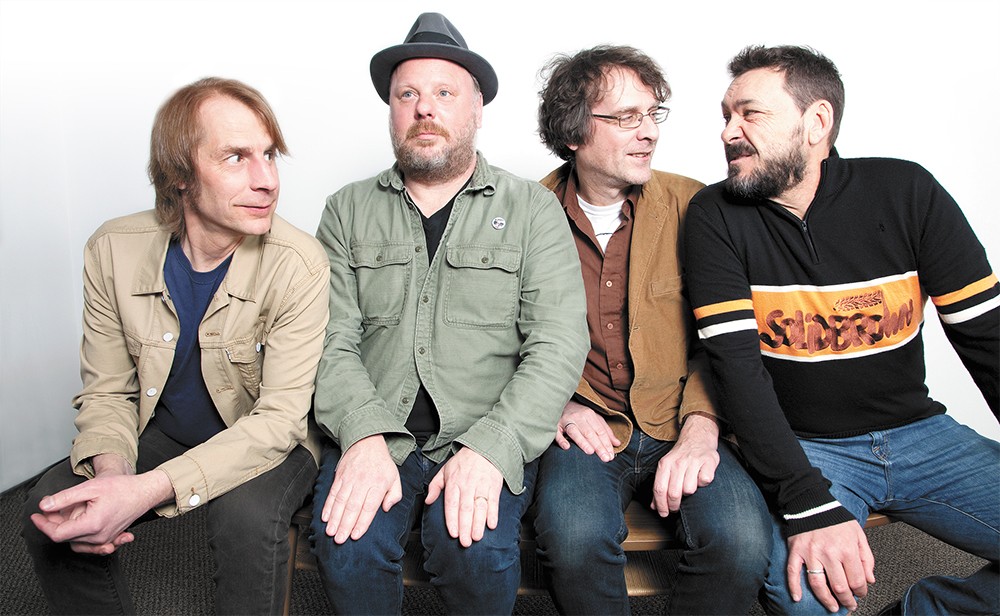 "I've been a fan of the Derelicts since the first time around," says Mark Arm, frontman of mainstay Seattle punk outfit Mudhoney.

Fellow Seattle combo the Derelicts will share the bill with Mudhoney at the new Lucky You Lounge on May 11, as well as the Dacres Winery in Walla Walla the night before.

"I imagine people [will be] sipping their merlot and chardonnay while the Derelicts [are going] 'WAAAAHHHHHH,'" Arm chuckles.

Both bands started roughly within six months of each other in Seattle, in the era known as the calm before the grunge storm. Duane Bodenheimer, voice of the Derelicts, recalls getting into what turned out to be a playful rumble with Arm at a house party in 1987.

"I think I called him a hippie," says Bodenheimer. "Or, 'Get a haircut,' or something like that. He made a snide remark back at me, we kinda wrestled on the ground for a while, and then just ended up laughing. We became friends after that."

Arm has had the privilege of having one foot in the dingy, urine-scented punk-club circuit and the other in the household-name rock star crowd for the better part of 35 years. A CliffsNotes summary of Mudhoney would deem the band as the runt of the grunge litter, and the last living authentic grunge band for those who consume and embrace '90s flannel culture. But for most others, Mudhoney is a snarky, freakishly talented group of punk record geeks who were in the right place at the right time.

Always channeling (and championing) influences, the Mudhoney you've heard on record since 1988 has been relatively consistent. Thrown into a blender is Black Flag, the Stooges, Leigh Stephens-sounding fuzz and the grit of '70s and '80s Australian punk. Sometimes primitive garage ruckus like the Troggs makes its way into the mix, as do surges of '80s hardcore like Negative Approach or Government Issue.

One element in the makeup of Mudhoney that has ceased to regress is the dark satire and brilliantly uncomfortable humor that coats the lyrics. Arm has had fun mocking plenty of sensitive topics over the years: grunge fandom in 1992's "Suck You Dry," pro-life rhetoric in 1995's "F.D.K. (Fearless Doctor Killers)" and the reality of what social media has become in last year's "Kill Yourself Live." Though Arm laughs off the possibility of satire going extinct, he does acknowledge more people are rejecting any form of expression outside of their comfort zones. 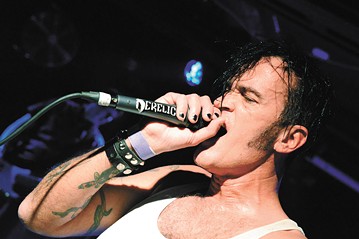 "The way that things are going with 'fake news' — and I'm talking about the real fake news, like conspiracy shit that gets thrown around on social media — people are predisposed to want to believe a certain thing," Arm says. "And no matter how outrageous [it is], it sort of reinforces their view system to just go with it."

If Arm's lyrical content mostly focuses on ever-growing societal absurdities, the man who'll be howling before him this weekend tends to exorcise demons from within. Bodenheimer and the Derelicts let this be known on the band's upcoming LP Life of Strife, due out on Digital Warfare Records next month. The title track is the epitome of the Derelicts' attack: Dwarves-like octane, Poison Idea-like filth, and all the walloping that comes with genuine street punk.

Life of Strife will mark the first full-length from the Derelicts since 1989's Love Machine. A handful of singles, EPs and appearances on compilations peppered the years following their debut, but any momentum the band had in the early '90s was derailed by excessive partying and the heroin bug that has plagued countless musicians. The band's implosion occurred right around the time Seattle was the epicenter of pop culture (and right around the time Mudhoney landed a major label deal). Thus, the Derelicts folded.

"I went head-on into drug addiction," Bodenheimer admits. "I lost everything, I was homeless. I almost lost an arm and a leg... literally."

After relocating to Denver, Bodenheimer got clean and was inspired to start making music again after seeing his old friends in Seattle hardcore band Zeke come through Mile High City. A friend would later suggest to Bodenheimer that his former band should reunite, and in 2014 — more than 20 years after the breakup — the Derelicts returned to the stage together at Capitol Hill's metal club the Highline.

Retooled with a new rhythm section, the Derelicts have recaptured the menacing live show that escaped their grip a quarter-century earlier. When asked what the biggest difference is between the two incarnations of the Derelicts (aside from age or health), Bodenheimer says with a laugh, "We don't physically hit each other anymore." ♦