I got my cat's DNA tested. The results were unexpected 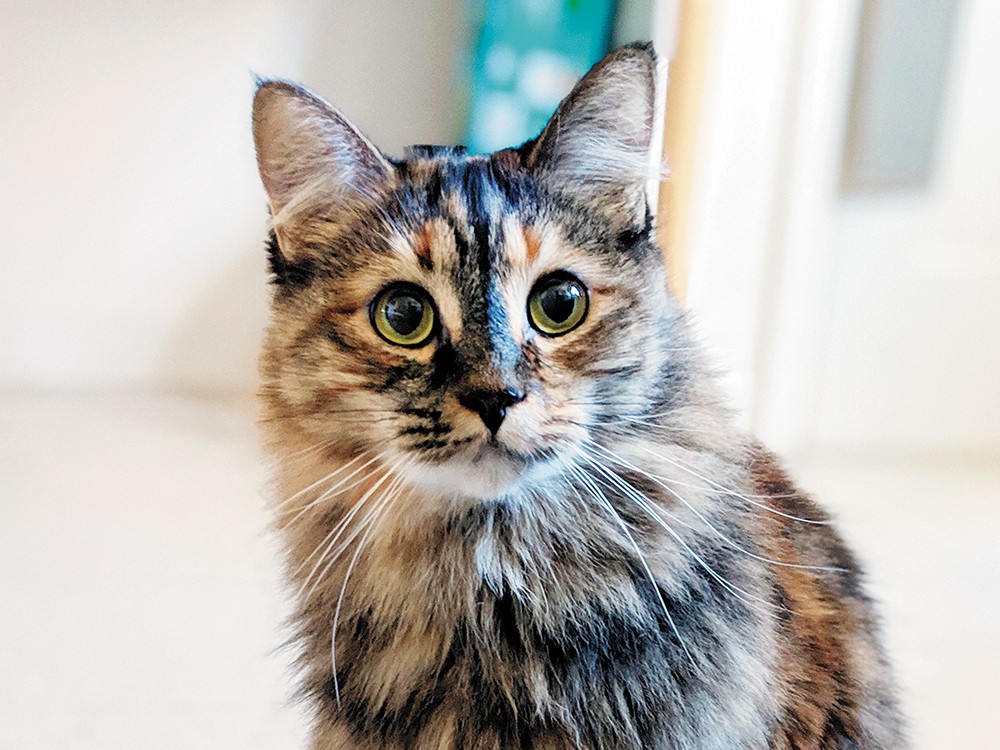 The author's cat, Dellie, (Instagram: @dellie_cat) was adopted from the Spokane Humane Society in 2016.

I was far less interested in the secrets of my own DNA than to discover my cat's much more mysterious genetic ancestry.

My partner and I have always believed that our 8-year-old Dellie has some Maine Coon in her blood. She has the breed's characteristic large paws for walking atop snow, a long graceful tail and an ultra plush, fluffy coat.

So when I came across a holiday promotion from feline genetics company Basepaws, we ordered one of their "CatKits" for $95 without hesitation. After mailing some fur samples back to Basepaw's Los Angeles lab, we waited excitedly.

Dellie's genetic report arrived a few weeks ago, and I was totally amazed by the results. Our little rescue kitty, it turns out, is genetically most similar to the Persian (81 percent), Ragdoll (70 percent) and Turkish Angora (65 percent) breeds. Maine Coon, meanwhile, is No. 8 on the list, at 38 percent.

Unlike human and even dog ancestry tests, Basepaws isn't able to determine for certain that a mixed breed kitty — or a polycat, as it's coined these feline "mutts" making up about 95 percent of the world's feline population — like Dellie is directly descended from any purebred ancestor. That's because cats' evolutionary history since domestication (beginning around 8,000 years ago) is relatively young. Up until about 150 years ago, cats weren't being selectively bred for specific traits we see in each breed today.

"All these purebreds are specific mixed breeds or polycats," explains Chris Menges, chief veterinary officer for Basepaws. "A cat may have inherited from a purebred that got back out into the population, but most likely it's the polycat ancestors more than anything."

To determine Dellie's closeness to these breeds, Basepaws compared her sequenced DNA to its database of purebreds and other polycats. The young company, founded in 2017, is working to expand its genetic sample size and plans to add several new reports, including inherited disease markers, parentage and even personality indicators. Basepaws' health reports are slated to come out later this year, Menges says. Existing and new customers in the foreseeable future will get updates from each new report to come as part of their initial CatKit purchase, he adds.

As for Dellie's unexpected purebred connections, it certainly explains her beautifully colored soft fur (it never gets matted), her incredibly affectionate purr-sonality (she's obsessed with us) and high intelligence (she knows several commands and tricks!). ♦

Find out more at basepaws.com.