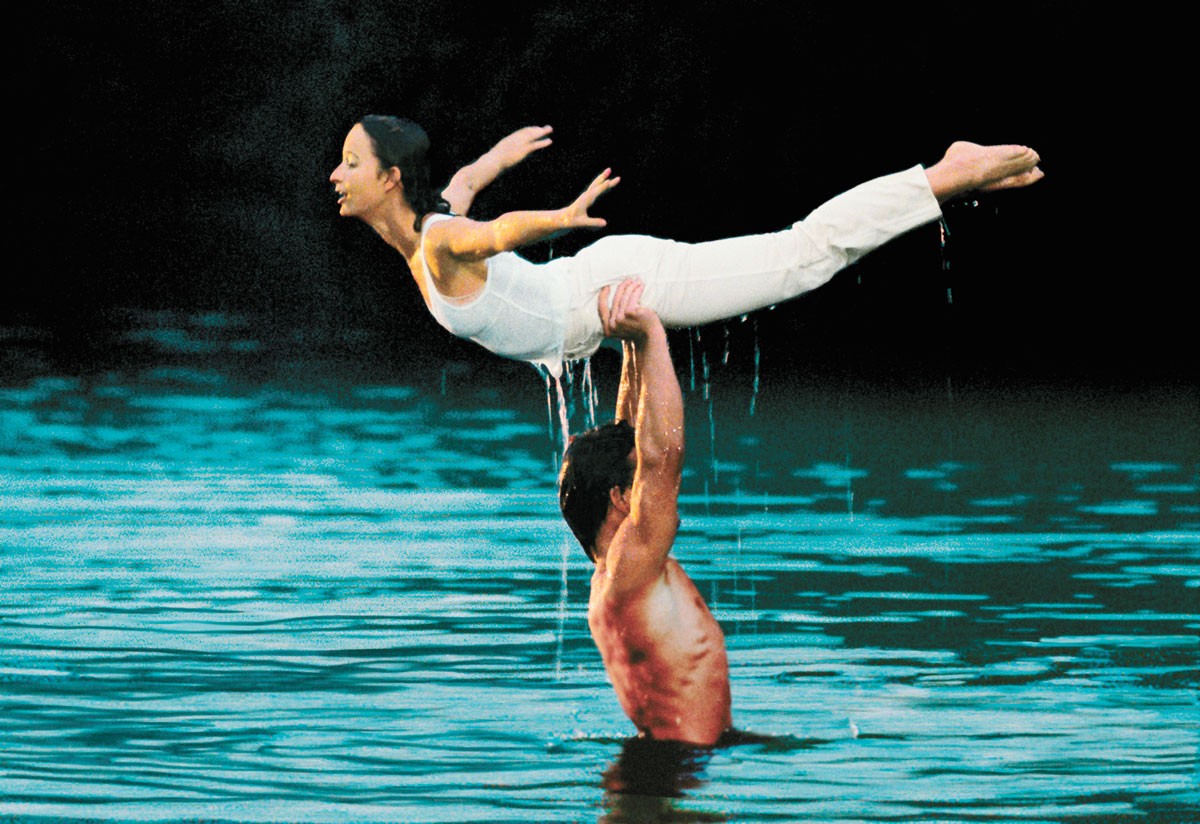 Ready for a remake? It was reported earlier this month that Jennifer Grey had signed on to produce and star in a new version of the 1987 flick.

Having heard so much hype about Dirty Dancing for most of my young adult life, the idea of actually watching it started to feel overwhelming.

I mean, sure, I was not the best at leaping to "Time of My Life" on Just Dance 4 in my preteen years, but that was not my only qualm about seeing the film. It was as if finally seeing the teen classic would allow me to step into adulthood, and I would get to hear a secret the rest of the world had been keeping from me.

All this tension I built around the film in my head helped me avoid watching it for years. But this all changed when I had to leave school in San Francisco to come hunker down in quarantine with my family back in Spokane. That was enough to make me crave a good movie, and Dirty Dancing was the answer to my constant feeling of helplessness.

From the minute the movie started, I could feel the thrill of the '80s — ironic considering the story takes place in 1963. There was a definite vibe evident via the film's high-waisted jeans, alluring haircuts, classy cars and a feel-good soundtrack. A girl, Baby, goes to the Catskills with her family for the summer and ends up having a life-changing relationship with a dancer.

The movie made a huge splash at its time of release in 1987. Not only did the soundtrack feature hit songs like "Hungry Eyes" and "She's Like The Wind," but the plot stepped outside society's comfort zone and pushed boundaries. As film critic Vincent Canby wrote in the New York Times at the time, the movie features "sexually explicit" dance moves, and "fathers and mothers from coast to coast have felt alienated, and worried that pop music was leading their children straight to hell." Dirty Dancing clearly surpassed conservative film expectations of its time, which ultimately helped it stand out and become the commercial hit it was.

I was immediately sucked in by Baby's (Jennifer Grey) clear dislike of the prissy, upscale life her family so adored. I admired her strong voice and the way she kept her goals and personal beliefs at the utmost importance whilst surrounded by her parents' rich friends, extravagant meals and golf outings. Her admiration for the dancers was easy for me to empathize with; their ability to feel free and effortlessly flow to any rhythm would clearly be enticing when constantly engulfed by superficial expectations.

This feeling of bliss that comes with breaking away from one's presupposed mold continued pulling me into the movie's plot line. Just as Baby's passion helped introduce her to the dancers, the movie pulled me in even more. 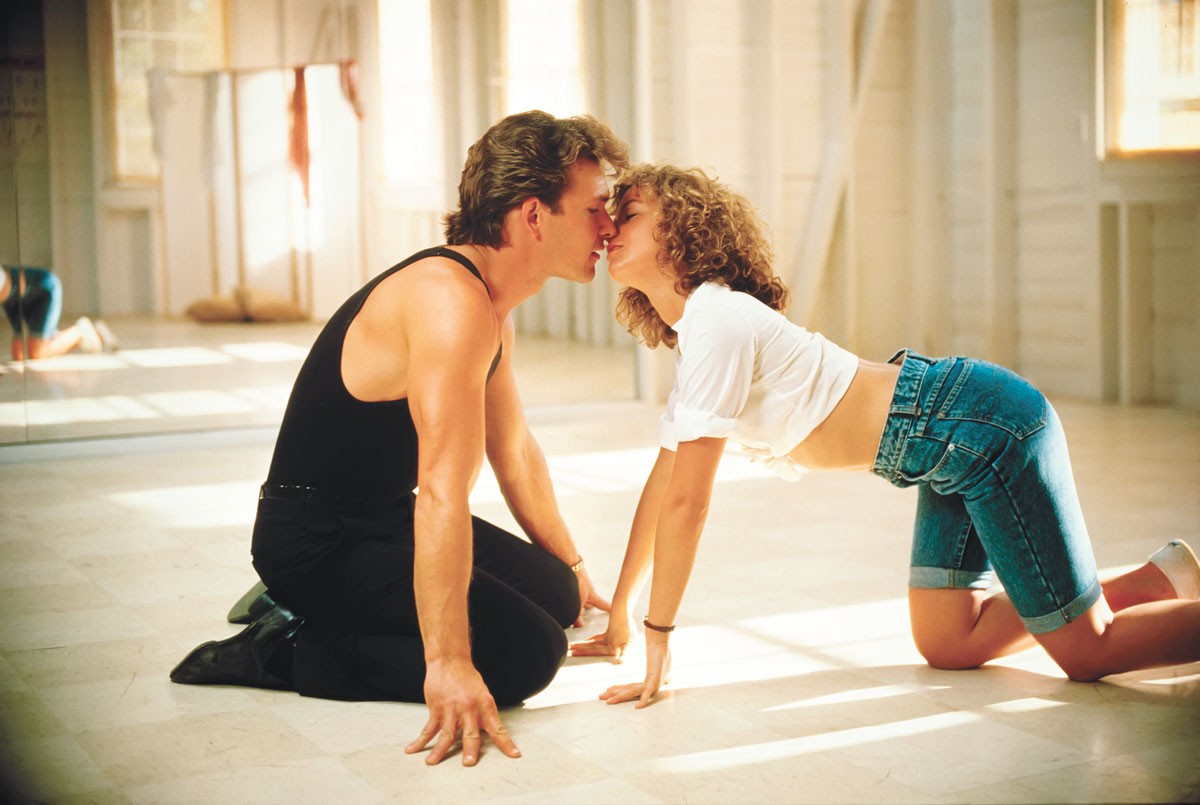 Patrick Swayze and Jennifer Grey had chemistry on screen, despite rumors of not getting along between takes.

Seeing an abortion in a movie that came out in 1987 blew my mind. I was overjoyed to see Johnny (Patrick Swayze) and Baby's full support for their friend (and Johnny's dance partner) Penny (Cynthia Rhodes) as they helped get her the operation she needed. They were by her side the entire time, and the film made a particular point to paint Robbie, the pitiful, cowardly waiter who would not take responsibility for Penny's accidental pregnancy, in a negative light. The film does not paint abortion as an easy topic or as an easy decision; it deals with the issue in a very real way. Penny is seen bawling behind the kitchen counters as the weight and desperation of her situation hits her, and it is easy to see just how hard it is for her to be going through it while Robbie blissfully ignores her.

This coincides with the issue of abortion society was facing in the '60s of Dirty Dancing, and still faces today. Even after the Supreme Court in 1973 decided via Roe v. Wade that women had a right to choose an abortion, many states have since placed restrictions on what a woman can actually choose. Penny went through a dangerous operation when she had no legal choice, and thankfully, Baby's doctor father was able to help Penny recover from her clearly painful experience. Many women at the time were not so lucky.

Just as Dirty Dancing was ahead of its time addressing the reality of pre-Roe abortion, the movie is also a huge proponent for embracing femininity as Baby finds her confidence. Johnny does not force Baby to do anything, her character makes her own decisions and she challenges herself to step up to the feat of taking Penny's place on the dance floor. Baby does not need a man's presence to learn the power that lies within her. She finds it all on her own. Truthfully, she knew it was there the whole time, she just needed to find the right community for it to blossom. By the end of the movie, Baby is unafraid to show her family her true self, and her dad gladly jumps out of his bubble of comfort to join her in her newfound happiness and self-confidence.

I am truly discouraged knowing I deprived myself of seeing Dirty Dancing until 2020. This movie is timeless and powerful. The film's beautiful themes easily shine through without even focusing on the actual love story between Johnny and Baby. It empowers female voices, sensuality, and makes you want to dance. I could watch it over and over and over again. ♦

Speaking of My First Time , Film