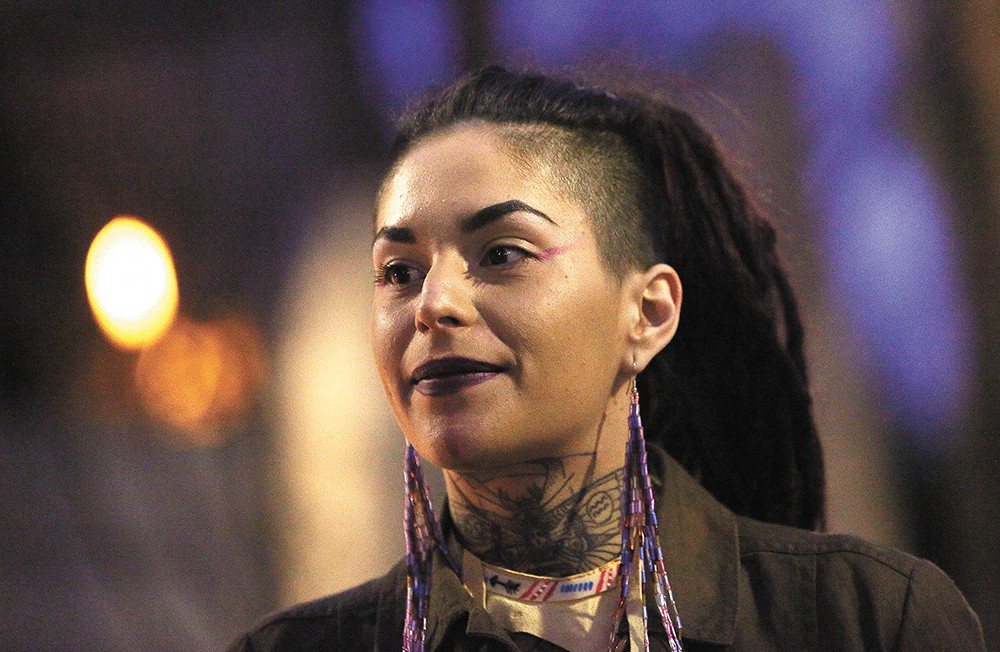 Young Kwak
Niki Zacherle says now is the time for tribal communities to stand up and speak out against violence."

her mom was missing, she'd already spent days making sure it wasn't just a miscommunication when she hadn't shown up to a friend's home after grocery shopping in La Grande, Oregon.

At first she thought of excuses — her car broke down, her pager died — but then DeFord learned her mom, who took pride in her work, hadn't shown up, and her dog had been locked in her house.

"That was a key piece for me that, OK, I needed to be worried," DeFord says, "'cause my mom didn't go anywhere without the dog."

So DeFord, living six hours away in Olympia, was certain something was wrong when she made the call. But initially, she says, the police spoke down to her. She had to argue to actually make a report.

"My mom fell into all these stereotypes that Native women fall into: addiction, victim of domestic violence, all those things that discredit their search," DeFord says. "She's a victim, and we victim blame." 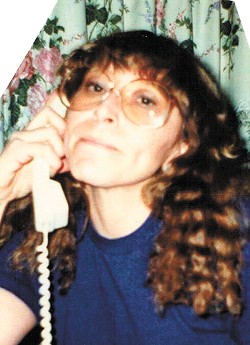 Now, DeFord is one of many Native American women who are building on the momentum of #MeToo and #TimesUp by calling on people to recognize missing and murdered indigenous women throughout the U.S. and Canada (using #MMIW) and demanding action to help a population that faces among the highest rates of violence, rape and murder.

They're calling attention to women whose cases have gone cold, and asking why cases aren't investigated more when someone is found murdered, says Monique Bourgeau, a member of the Colville Confederated Tribes.

And their stories largely go unshared.

But after marching in the Seattle and Spokane women's marches, wearing red to remember the blood spilled by their sisters, mothers, daughters and elders, the women have called for an accounting in Olympia, and at least one bill could address one of the main barriers to resolving these cases: No one seems to know exactly how many are missing.

HOW MANY ARE GONE

American Indian women are more than twice as likely to face sexual-assault crimes as any other ethnic group, with one in three reporting being raped at some point, according to the Department of Justice. They and American Indian men are also far more likely than other groups to have experienced physical assault, and those who are subject to violence are more likely to go missing or be murdered.

To at least get a sense of how large the issue is, Washington State Rep. Gina McCabe, R-Goldendale, threw together House Bill 2951 in just days, with guidance from women from tribes around the state. The place to start is by bringing the federal, state and federally recognized sovereign tribal governments together to ensure that everyone who goes missing is reported and listed in a central location, McCabe says.

"There seems like there's this disconnect between local police and county police and tribal police and the FBI," McCabe says. "My goal is to get everyone at the table."

The bill tasks the Washington State Patrol with creating a list of missing Native American women in the state by June 2019, by working with tribal and non-tribal police agencies around the state. It also asks they help identify barriers and recommend fixes. The bill passed through the House Committee on Community Development, Housing and Tribal Affairs on Feb. 1, just hitting the deadline to get to the next committee. It'll take a few more moves to get it to the floor for a vote, and then it has to go to the Senate.

"I have to keep it alive for three or four weeks, and then hopefully it will go fast in the Senate, and hopefully people will testify, because I don't think people know about this problem," McCabe says, noting that the bill can still be adjusted if changes are needed. "I think we can lead the country in making sure this isn't a problem anywhere else."

Adding to confusion about exactly how many people of any group are missing is the fact that there are several databases where someone may be listed. For example, Washington State Patrol maintains a public webpage with pictures and posters for missing people, but it only features a few dozen names.

"That is not all-inclusive of all missing persons in Washington," explains Carri Gordon, manager of WSP's missing and unidentified persons unit. "You can be entered into the FBI or state's list as a missing person and never be entered on our website. Those photos on our WSP website are only posted at the request of family members or law enforcement."

Another group maintains the National Missing and Unidentified Persons System, but that doesn't include every missing person in the country either.

The most comprehensive list is the National Criminal Information Center, or NCIC. Every police or law enforcement agency that wants to can enter information into the database and check it to see if someone is listed as missing anywhere around the country. The cases it contains may be hours, weeks, or decades old.

But not every tribal police agency has access. Of the 29 federally-recognized tribes in Washington state, about 20 are listed as having access to NCIC, Gordon says.

While American Indian/Alaska Natives make up about 1.9 percent of the state's 7.4 million people, they account for a disproportionate 5.5 percent of the roughly 1,800 Washington people listed as missing. Gordon notes that unless the ethnicity is entered by a family member, it's never totally accurate, which means that figure could be higher or lower.

Among reports to NCIC by a handful of local law enforcement agencies, including the Spokane and Colville tribal police departments, there are at least 21 missing people listed as Native American in northeast Washington. The earliest case listed in a report Gordon pulled for the Inlander on Monday, Feb. 5, dates back to 1988. The most recent was entered on Sunday.

Aside from issues making sure law enforcement agencies are reporting to the same system, there is also an issue with people thinking there is a mandatory waiting period before they can make a report, Gordon says.

"Local law enforcement in the past have had that policy that they've had to be gone for 24 hours," she says, "but in my experience at national conferences, that whole mindset is slowly starting to go away."

While lawmakers consider changes at the law enforcement level, activists continue to push the issue at the local and potentially national level.

Niki Zacherle, a member of the Confederated Colville Tribes, is helping MAC (Music, Art, Creativity) Movement founders Drea Rose, a member of the Spokane Tribe, and Crystle Burgett, as they raise money to help shelter people walking across the country to Washington, D.C., as they draw attention to violence and drug abuse in Indian Country. They'll start the "Longest Walk" Feb. 16 in Blaine, Washington, and make stops in Eastern Washington on their way to the capitol.

"So many people don't understand that we do still struggle with colonization and domestic violence, and it's a topic that nobody wants to talk about," Zacherle says.

Standing outside the Spokane Tribal Gathering Place Monday evening, where MAC serves weekly meals and encourages the less fortunate to voice their concerns at city council meetings, the women are surrounded by dozens of red handprints painted on the sidewalk.

Their modern artwork calls on those walking by to recognize the missing and murdered, and remember their blood lost, as they enter City Hall. Joining them to speak to the city council are the members of Power 2 the Poetry, who sing and perform spoken word both in and outside council chambers, calling attention to violence and disparity faced by the black community, and standing in solidarity with the Native women.