No End in Sight

Not guilty, not mentally ill, but stuck inside Washington state's psychiatric hospitals 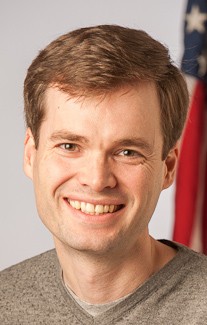 Andrew Biviano is leading a lawsuit on behalf of patients in Washington's psychiatric hospitals.

from people trapped inside Washington's psychiatric hospitals, patients whose doctors think they're neither dangerous nor mentally ill.

These are people who were once found not guilty by reason of insanity but have now been stable for years, who are in remission or had a brief and bad reaction to a drug. They're asymptomatic. They don't take medication. When they were found not guilty, they expected to get treatment until they got better. Once they did, however, they never realized just how long they'd be waiting to get out.

Biviano is the lead attorney representing patients found not guilty by reason of insanity, or NGRI, in a federal civil rights lawsuit against Washington state and the Department of Social and Health Services. The suit, filed in May, alleges that current state law violates NGRI patients' civil and constitutional rights to adequate mental health treatment and release.

Last week, Biviano lost his first battle in court when he asked a federal judge to rule on a motion forcing DSHS to review and identify these patients who aren't mentally ill and are currently languishing at Eastern and Western State hospitals. They don't meet constitutional commitment criteria, Biviano argued, and DSHS should facilitate their release into the community.

"They get why they're there in the first place," Biviano says. "They don't understand why so many years have passed when they've reached the maximum benefit of treatment."

Outside the hospitals, there's no way to know exactly how many patients fall into this category due to confidentiality laws, Biviano says. DSHS and the Attorney General's office declined to comment further on the issue, but at last week's hearing, Assistant AG Sarah Coats denied there were any such people when asked by the judge.

Biviano's suit specifically identifies two patients — "J.T." and "B.Y." — who suffered from substance-induced psychosis at the time of their crimes and aren't considered mentally ill or dangerous by their doctors. Last month, J.T. was permanently discharged from Eastern after the prosecutor and judge in the county where he was tried agreed his commitment was unconstitutional.

The irony of this case, Biviano points out, is that these patients are taking up scarce resources in an increasingly stressed mental health system. Washington is grappling with a severe shortage of public mental health beds — a crisis that has triggered two federal lawsuits. In August, the state Supreme Court ruled that the practice of "boarding" mental health patients in emergency rooms when state hospital beds aren't available was unconstitutional. A second suit, filed in September, is challenging the time it takes DSHS to conduct mental health evaluations of jail inmates.

"All these cases could go away if the state would invest more in the mental health service delivery system and provide people with the right treatment in the right location," says David Carlson, director of legal advocacy at Disability Rights Washington. "They're in the hospitals taking up beds. It doesn't make sense if you could move them out."

The state's own private consultants agree. An independent review of Washington's forensic mental health system commissioned this summer by DSHS called the state's conditional-release system — the court-approved process by which NGRI patients can make visits to or live under supervision in the community — "much more punitive and restrictive (and therefore expensive) than most. ... Currently, a person acquitted by insanity in Washington is more likely to be discharged to a civil geriatric hospital unit or to the coroner's office than to be discharged on conditional release."♦