How the rank and file are reacting to The Inlander’s sprawling new digs. 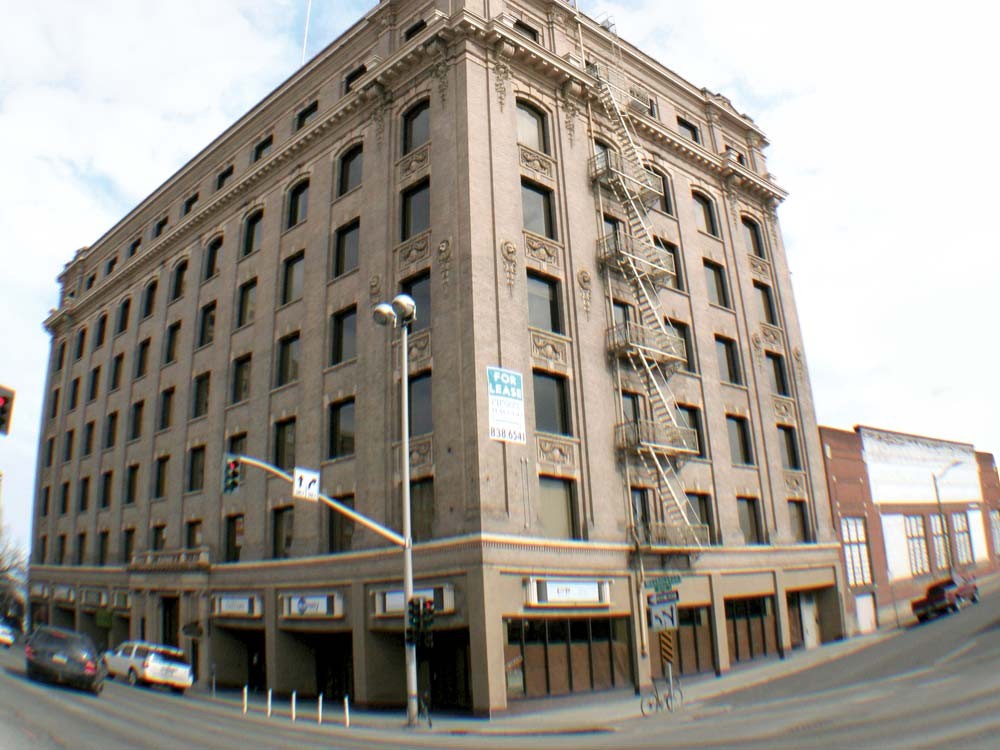 The Inlander's new home at the Hutton Building.

Where once The Inlander’s front doors looked out onto a tree-lined boulevard and the broad steps and red brick belfries of the Cathedral of Our Lady of Lourdes, it now looks out upon a taco truck in a parking lot.

Not that we’re complaining. We aren’t universally heathens, but we at The Inlander are certainly hedonists. I’d wager that the holy grub trinity of Thai on First, Chicken n’ Mo and Tacos El Sol (all less than a block from the new offices) got more traffic last Friday than we gave the cathedral steps in the entire decade we spent on West Riverside.

We only ended up moving eight blocks (and four floors off ground level), but it’s amazing how different the city looks and feels from the east end of downtown. Grittier, hipper, more vibrant, less fusty.

The move came quick — in under a month — and was tremendously stressful. Well, it was much worse for the ad reps and operations staff than for the editorial staff, laboraverse prima donnas that we are.

Still, it falls to the writers — and more specifically, to me — to chronicle the event. You know, for posterity.

People who know how to use tape measures have told me that The Inlander’s new offices in the Hutton Building (9 S. Washington St.) in downtown Spokane measure roughly 10,000 square feet. That’s about 2,000 square feet larger than our old offices at 1020 W. Riverside Ave.

If I were to guess, I’d put 1,200 of those extra square feet in Editor & Publisher Ted McGregor Jr.’s new corner office.

The Hutton Building was built in 1907 by millionaire miner-philanthropist-reformers Levi Hutton and May Arkwright-Hutton. McGregor’s office occupies the family’s former living room and has a fireplace with a hearth large enough to roast a suckling pig.

Senior Writer Michael Bowen, upon first seeing the office and the large oaken desk at its center, said, “I felt compelled to fall prostrate to the ground.”

It’s a big jump for the paper and especially for McGregor, whose old office was the size of a large walk-in closet.

We seriously needed the space. When The Inlander moved to the Riverside offices in October 2001, we had 25 employees (including Bowen, business manager Dee Ann Cook, sales executives Tami Linane-Booey and Jann Harris, and of course the founding McGregor brothers). We are now 37, plus a small slave army of interns. The old space had begun to burst at the seams well before we welcomed our latest hire, sales rep Trish Kinney, last month.

In the Hutton Building, we’ve taken the entire fourth floor, a space large enough that it’s divided into wings. The advertising people are in the north wing, and editorial is in the south. The view out ad exec Emily Walden’s window is of the Clock Tower and Riverfront Park. The view out mine is of the Washington Street viaduct, where I passed a man this morning who was trying to pick a fight with a parking meter.

The distance from my desk to Walden’s is about one city block.

The central wing houses production, operations and the kitchen, where our overlords installed the coffee machine. By last Monday, our first full day in the building, the caffeine addicts in editorial had already began agitating for our own machine in the south wing.

“By the time you walk back, your coffee is cold,” said Senior Writer Kevin Taylor.

Staff writer Nick Deshais: “I have such a small coffee cup, I’m out of coffee by the time I get back to my desk.”

We’re all mostly in cubicles. The walls are an unblemished off-white. The light is fluorescent.

On Monday, over in advertising, Classified Sales Manager Kristin Wagner chatted with Bruce Deming, an account executive, about the exposed feeling one gets in a cubicle environment. Wagner says she likened it to a “fish bowl.”

Deming replied, “Now I know what the animals in the zoo feel like.”

Michael Bowen — whose name keeps popping up in this narrative because he has complained the most — lost a rather lovely office (with door) and now sits in the heart of the editorial wing. He can be seen at any given moment — back to everyone, massive earphones concealing earplugs — grumbling to himself over the strains of a Schubert sonata.

Meanwhile, last Friday, back in the office of the editor and publisher, Ted McGregor was having issues of his own.

Despite the massive oak desk, large leather desk chair, credenza, coffee table, side table just for his phone, and five occasional chairs, McGregor was having a hard time filling the space.

By Monday morning, he seemed content with the solution he’d found. In the middle of the room, anchoring its galaxy of office furniture in place like the black hole at the center of the Milky Way, was a large olive sofa.

Personally, I’m excited about settling in here. My window leads onto the fire escape and I left it open on Monday. Writers sop up atmosphere like a sponge and I couldn’t help feeling that, exposed to the din of the neighborhood and the clang and grind of passing trains, my perspective on this town would change with the locale.