Whatever Pan is supposed to provide a backstory for, it's not Peter Pan. 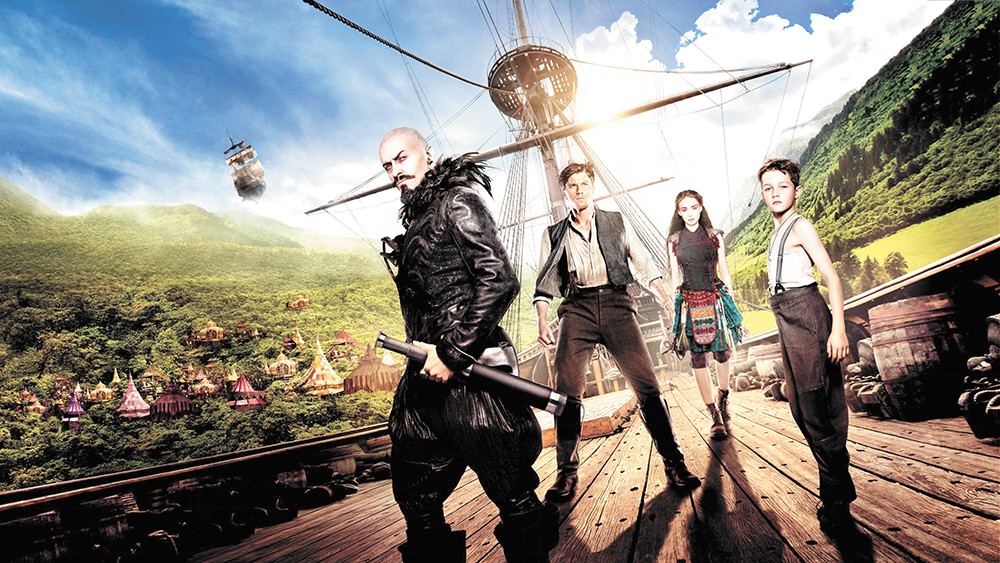 No amount of pixie dust can save this Peter Pan origin story.

"Sometimes, to understand the end, you have to know the beginning,"

goes the early narration in Pan — and it's hard to imagine a 2015 movie that fails so spectacularly at fulfilling its own thesis statement.

We've become accustomed to movies that attempt some new spin on a familiar pop-culture character, whether it's the seemingly infinite brand extensions in Disney's live-action versions of their animated classics, or relatively sedate tales like Mr. Holmes. It's easy to understand, in the risk-averse world of modern moviemaking, that studios would take advantage of opportunities where half the marketing work is already done for them, and there can often be a uniquely fertile creative ground in reimagining well-known narratives for a different era, or to explore new themes.

But there's a promise implicit in the above quote, as well as in the related tag line ("Every legend has a beginning") employed in Pan's ad campaign: This movie is going to provide a backstory that evolves logically into the Peter Pan that is known and loved from J.M. Barrie's book, or from the beloved Walt Disney version. And that does not happen.

The screenplay by Jason Fuchs opens with a child being left on an orphanage doorstep in London by his mother (Amanda Seyfried), accompanied by a letter and a necklace with a pan-flute charm. Twelve years later, in the middle of the World War II blitz of London, young Peter (Levi Miller) lives with the other orphans, getting into adventurous shenanigans that vex the greedy, cruel nun who runs the place. Throw in a few musical production numbers about their hard-knock life, and you'd have Pannie.

Soon, most of the orphans have been kidnapped by the bungee-jumping crew of a flying pirate ship, and spirited away to the airborne island of Neverland. Here they are turned into slave laborers for the pirate Blackbeard (a pleasantly campy Hugh Jackman), mining the rare mineral that provides the fairies with their fairy dust, which includes among its powers the ability to bestow eternal youth.

It's here that Peter meets James Hook (Garrett Hedlund, chewing over his dialogue with a ferocity that might convince you he's faking his actual American accent); the surly, fedora-wearing adult apparently has been working in these mines since childhood, and presumably will eventually lose his hand and turn into Peter's primary adversary. It's also here that director Joe Wright (Anna Karenina) gets cutesy with trying to turn Neverland into a place out of time, so that the kids can chant the lyrics to "Smells Like Teen Spirit" upon the arrival of the new recruits, and we can learn the new level of chutzpah required to ignore the ironic significance of "Here we are now / Entertain us."

The rest of the plot is a dense collection of elements — a hidden population of fairies with a near-infinite supply of "pixium"; a group of Neverland natives, including the warrior princess Tiger Lily (Rooney Mara); the mysterious tale of Peter's mother — intended to build an archetypal hero-quest character arc for Peter as he tries to determine if he is "The One" foretold by prophecy to defeat Blackbeard and the pirates. But the fundamental nature of the hero quest is that it's a coming-of-age story, which makes literally zero sense when the character we're talking about is Peter Pan. The character's single most defining trait — the one everybody knows — is that he never wants to grow up. Yet somehow, someone thought it was a brilliant idea to suggest that the legend of that mischievous eternal adolescent began with him learning the important life lessons that allowed him to accept his heroic destiny.

It's fair to ask if such a reading ignores what Pan delivers as simple fantasy spectacle, and indeed it is occasionally satisfying on that superficial level. Some of the characters die in explosions of pastel powder that make the action sequences resemble a Hindu Festival of Colors; the soaring pirate ship flies past spherical floating oceans inhabited by strange creatures. But the decision to take an energetic, kiddie-oriented blockbuster and connect it to the story of Peter Pan was one made by the filmmakers, and you can't have it both ways: If you're going to pull viewers in by telling them you'll explain how a young boy became Peter Pan, you'd better actually give them Peter Pan. We already understood the ending, and whatever beginning it might have, this isn't it. ♦

Pan is not showing in any theaters in the area.