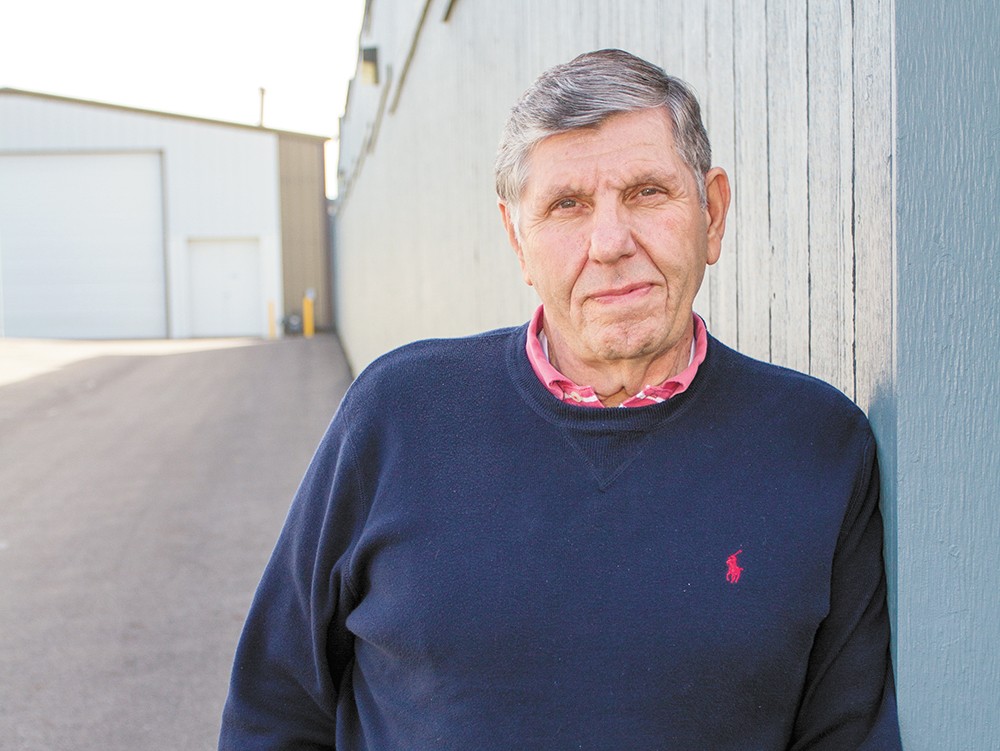 He lives in Spokane Valley, but he doesn't want people to know where. He owns a business, but he would rather not publicize its location.

Tensions on Spokane Valley City Council are higher than ever, and Grafos, a councilman, has spent recent meetings accusing members of the city's new council majority of wrongdoing. He's worried about retaliation from a small group of extreme right-wing citizens who oppose his efforts and seem, every day, to loom a bit larger.

If some of this sounds familiar, it should. The "Positive Change" Committee, formed in 2009 in response to a proposed Sprague-Appleway Revitalization Plan, took over the majority on the council, immediately ousted the city manager and was accused of violating open-meetings laws.

Grafos was a part of that group, but he says this time is different. This time, he says, the council majority is catering to an extreme right-wing group seeking more power over the city, more specifically, its police. Now Grafos and his one remaining Positive Change ally on the council, Chuck Hafner, are on the other side, saying they speak for the "silent majority" of Valley citizens who oppose the actions of the four councilmembers, including the firing of the city manager.

"All I'm asking for is for them to bring the light of day on the issue of how the city manager was terminated. Period," Grafos says. "And they shouldn't have a problem with it, unless they have something to hide."

The council majority, meanwhile, continues to make progress in its vision for the future of Spokane Valley. With each meeting, the rift between the two sides keeps growing.

"We've been characterized as Tea Party libertarian constitutionalists. In my case, that's certainly true," Pace says. "We have a new paradigm."

Before the city council finished its executive session the night of Feb. 23, most people who were packed into the council chambers seemed to know what was coming: Mike Jackson, the city manager, was about to be fired.

Included in that group was Jackson himself. Instead of sitting in his city manager chair, he sat with the audience when the council began its meeting.

Despite support for Jackson from former Spokane Valley mayors, councilmembers and Spokane County Sheriff Ozzie Knezovich, the council majority overruled them all and asked for Jackson's resignation. They offered no explanation, other than stating the move was in the best interest of the city.

The move was stunning not just for the people in attendance, but for the other three councilmembers — Grafos, Hafner and Bill Gothmann. As recently as last year, all indications were that the council approved of Jackson. His performance review for a period ending in August 2015 — signed by all seven councilmembers, then including Pace, Woodard and Higgins — was almost entirely positive. The one thing that could be taken as negative feedback was a comment that Jackson should be more aggressive in getting things done, and "rock the boat a little more," according to the review obtained by the Inlander through a public records request.

All councilmembers have agreed there was no malfeasance on the part of Jackson. Milton Rowland, Jackson's attorney, says his client is not ready to speak publicly about what led to his forced resignation.

While the specifics remain unclear, it's obvious that Jackson did not fit into the council's vision for the future of the city. The main philosophy of this "new paradigm," according to Pace, is that councilmembers should have more power over city staff, who are not elected officials. He argues that more power for the council means more power for the people. The city manager is the one city employee who council has the authority to fire.

Grafos and many other Valley residents, however, have accused the majority of violating the open public meetings law in deciding to fire Jackson. On Tuesday, March 22, the city council was scheduled to discuss a request for an investigation into the firing.

Pace insists that the majority violated no laws. He says no decision was made on the matter before the council held an executive session. He admits, however, that the Friday before Jackson was fired, Higgins and Woodard told Jackson something to the effect of "we really think you ought to resign." Yet Pace says that was just a "casual thing," only the opinion of two men, and does not violate open meetings laws.

Higgins did not respond to multiple requests for comment on this story. And, says Woodard, "Until certain issues get resolved, I'm not going to say anything to anybody."

When Councilman Wood began his campaign to unseat Ben Wick in the 2015 election, Pace says the eventual majority members came up with a "platform and agenda to carry out." It's what they felt citizens wanted.

Also on that agenda, Pace says, was the formation of the Valley's own public safety oversight committee. Pace proposed such a committee during a meeting on March 1. It would be comprised of an attorney from the Center for Justice, a Spokane Valley police officer, a police officer from another agency, two city councilmembers and two citizens. It would report to the council on all public safety functions inside Spokane Valley city limits.

Before Pace presented that proposal, Knezovich made his own presentation, which seemed to push against the idea of the Valley's public safety oversight committee. Knezovich touted the Sheriff's Citizen Advisory Board, of which 12 of the 17 board members were Spokane Valley residents. He even offered the two remaining slots on the board to Valley residents.

"The Valley needs it because the Valley says it needs it," Pace says. "It doesn't have anything to do with what the sheriff wants and what the sheriff thinks. It's all about bringing power to the people again."

Yet Grafos and Hafner worry about which people would have the power. Grafos says the council majority is being driven by an extreme right-wing group that he once called "militia-leaning elements of our community," and who oppose the sheriff's department. It's those same people, Grafos says, who intimidate them during council meetings, allude to potential violence during public comment periods, and show up to his rental properties. Hafner says one of these people threw pamphlets at him during a meeting.

"From the standpoint of our citizens, they are probably the most dangerous people in the city as to the welfare and future of this city, because they are a very narrow-minded, extremist group that has taken control of this city," Grafos says.

That's why, Grafos says, he and Hafner have been speaking against this council majority — so the silent majority in the Valley has a voice.

"With these guys," Grafos says, "there's a surprise at every meeting."

Pace blames Grafos and Hafner for the hostility on the council.

"We've got a new majority. Majority rules. And they don't like it because they're not in the majority anymore," Pace says. "This is normal. We're being a normal legislative body. If you look at Congress, they shout and scream at each other, so it should be no surprise. It's nothing new. No big deal." ♦