Buffalo Jones has taken the slow path with their career, but that doesn't mean it hasn't been fun 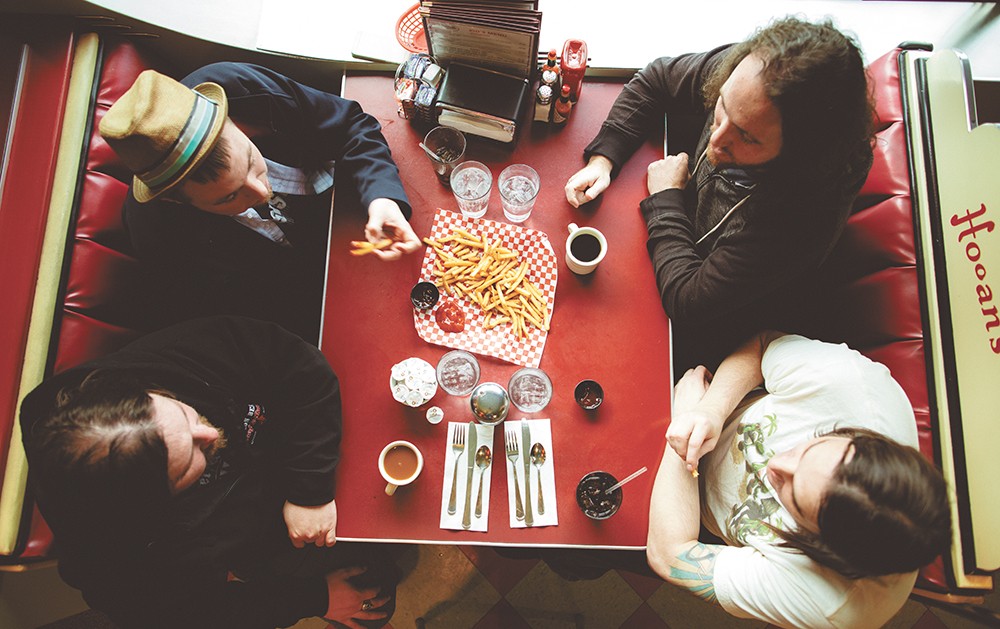 is constantly trying to forget about the Game.

"Oh no," says drummer Joshua Martin from the other side of the table. "You don't want to know what that is."

The band has met at one of their favorite Spokane hangouts tonight to eat a pile of greasy nachos and throw back some beers. This is the music venue they say they've played more than any other in town. Yet the guys don't get together a whole lot, because Humphreys now lives about two hours away in Bridgeport, Washington, hence the FaceTiming.

But back to the Game. As the four-piece describes it, the purpose is to not think about the Game. If you think about it at all, you must announce to the group that you lost. That's all there is to the Game, a mind-cramping exercise that's made its way through creative circles since the early 1990s.

When the band goes on tour, as they did in September to Seattle and Portland opening for Roger Clyne & the Peacemakers, they play this and many other mentally challenging games in the van. Even tonight, they're like talking musical encyclopedias, either guessing what's playing over the bar speakers or quoting famous musicians. Shows aren't too different.

On stage these guys, ranging from 34 to 41, play from their catalogue of about 23 original songs, but then they like to take suggestions from the audience. They make it into a game to try and play everything.

"Usually if I say 'I don't want to play that, I don't know it.' That's when they say 'Let's roll with it,'" says Martin, who would have no trouble if someone suggested a Phish song — he's seen the seminal jam band 61 times.

Buffalo Jones' next show is Saturday night at the Big Dipper. It'll be a celebration of the band's new album This is Not the End of the World, which is finally dropping despite being recorded in July 2013. Joe Varela, a former Spokane musician who produced the band's first record, came up from Los Angeles to help record the album. Until now, the album, their second in a decade, was sitting in limbo. 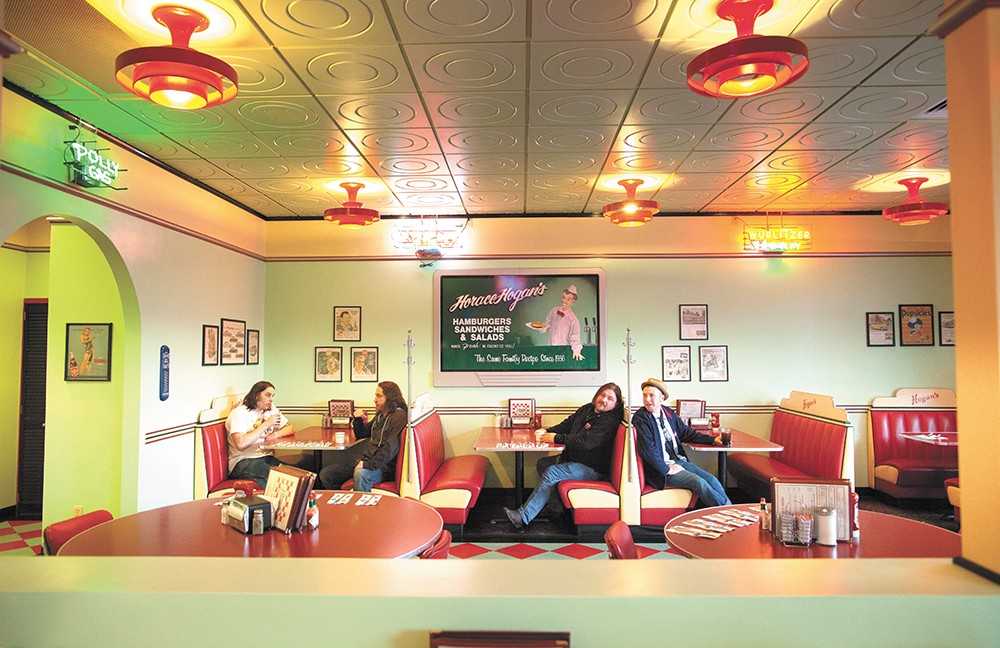 "We're kind of the band that won't die," says the band's songwriter and frontman, Jason Johnson. "I don't think anyone expected this to be something that would happen for 10 years."

Buffalo Jones began as Johnson's solo moniker, but he soon added musicians. Band members rotated through. Case left during the recording of the first album, only to come back. Martin, the newest member, wasn't even featured on the new release. The band has noted that the two former drummers left for Hawaii and Alaska, the last two states to join the union, so they bet Martin will most likely move to Arizona, the 48th state.

"I have no plans to move," says Martin, who teaches culinary arts at Spokane Community College.

There's another more practical game the band is trying to win at: getting their music out there. They know that not everyone is interested in purchasing their album. They even found their first record, still wrapped in plastic, in a Goodwill CD bin.

"Listen, only 1 percent of our listeners may buy the record online, and we're OK with that," Johnson says.

Instead, their full album can be heard on their website for free. Buffalo Jones' recent Indiegogo crowdfunding campaign wasn't to help pay for recording or pressing CDs, which was already done, they say; rather, it was a way to promote the album and get pre-sale funds rolling in.

This new album highlights what the band has become known for — tasty guitar solos from Humphreys and three-part vocal harmonies — but it's definitely a step forward. It's pop rock, with classic stuff and '90s punk mixed in. All of the members listen to different types of music, but they say this record is rooted in the present.

"We've hit a common ground in our music," Johnson says. "We make songs that we'd actually listen to."

Johnson writes lyrics about relationships, all kinds of them, but at their heart, they're all about love, he says.

Sharing that love at Saturday's album release show are the openers — the Glenn Case Band, which is mostly Buffalo Jones members anyway, and singer-songwriter Liz Rognes, Johnson's partner, with whom he has an 18-month-old son — but also the friends and family who have waited so long for the new record.

"For me personally, I wrote these songs in my boxer shorts, and now we're playing them for people, and that's amazing," Johnson says. "We're not the coolest band in the world, but we're good at what we do." ♦