Pokémon Go-ing Places: The game is seeing a recent resurgence 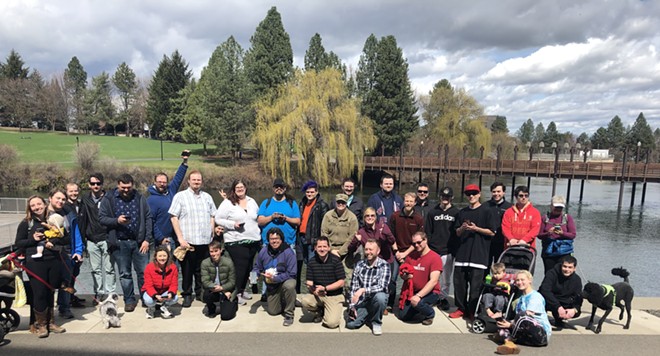 Jackson Elliott photo
29 Pokémon Go players spend their lunchtime raiding near Riverfront Park. Wednesday, 10 April 2019
At noon in Spokane, a group of about 20 people tap away at their phones with frenetic intensity.

People of all ages gather around in a loosely concentrated clump of suit jackets, camouflage, hoodies, dyed hair and T-shirts along with a couple of dogs. No matter what they wear, they all share an overriding sense of hunter-like intensity. They’re all playing Pokémon Go.

To many people, Pokémon Go was a worldwide fad that started in June 2016 and quickly vanished, like a ghost-type Pokémon. In the game, players walk around and use their phones to capture Pokémon, imaginary monsters with special powers and abilities.

When Pokémon Go player and National Guard recruiter Virginia Adolfson told the barista at her favorite coffee shop and Pokéstop that she played the game, the barista said “I thought it was dead!” In fact, the game lives a vibrant second life that feeds off of social media buzz and new in-game features. Now people can easily catch Pokémon with friends and strangers.

One of these new features is the ability to go on "raids" with groups where many people can work together to defeat a powerful Pokémon. Some powerful Pokémon can only be captured during raids, so they present an exciting opportunity for players.

Adolfson explains the raids simply: “If you beat the Pokémon, you try and capture that Pokémon. If it beats you, you’re SOL.”

Since March 13, Pokémon Go has increased the number of raids from 12 pm to 1 pm local time to encourage players to spend lunch pursuing Pokémon. If the results Wednesday in downtown Spokane are anything to go by, players seem to love the new feature.

Pokémon Go’s resurgence also owes some of its success to players who love the game and invite many friends to play. Player Drew Spilker says he has invited “about 50 to 100 people” and with a little embarrassment admits he has caught 44,228 Pokémon and walked 3,440 kilometers in the game — almost the distance from Spokane to Columbus, Ohio. His friend Brian Craig says that, “We’ll run into people and they’ll recognize Spilker by his screen name, EnolaVirus.” Spilker laughs. “I try to be contagious,” he says. 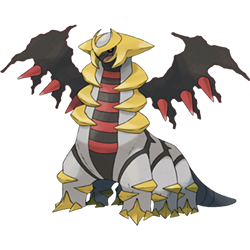 His story is strangely common. Tim Derby-Robinson’s Facebook page introduces himself as “a Pokémon master,” and he has played the game “since day one.” He moderates the Pokemon Go (Spokane) Facebook page and says he has invited “roughly 40 people to start playing or start back up from where they left.”

Efforts like these seem to pay off. According to Facebook page admin Evan Ola, the page receives “between 10-20 requests to join per week.” At present, the page has over 3,000 members.

Many players say Pokémon Go helps them meet new people and make new friends. Marcus Anderson says that with the app, he “made friends that I didn’t even know worked right next to me.” He gestures with his phone to the man walking with him. “Ryan works on the floor below me.” The two met in the elevator when they returned together from a Pokémon Go expedition.

Adolfson agrees. “You never see such an eclectic amount of people,” she says. “You get an instant bond over Pokémon.”

Although the lunch raiding group has only been meeting for a few weeks, they share a sense of camaraderie and their atmosphere crackles with banter and jokes. A stunningly black Standard Poodle named Alfons-Bernard serves as their mascot; his cartoonishly fluffy head and tail make him almost Pokémon-like.

The group walks in a strung-out line and perches together following the contours of Riverfront Park’s paths as they explore the digital and real world. Sometimes the two interact in surprising ways. Player Joe Austin says he once encountered “a full-grown mama moose” while playing the game with friends. “That really got our blood pumping,” he says. He didn’t mention if he tried to catch it with a Pokéball.

Even if players can’t catch moose, there are almost 500 Pokémon on the app. Even for players that search consistently for Pokémon, this number presents an enormous challenge because some of the creatures can only be caught in certain regions or conditions.