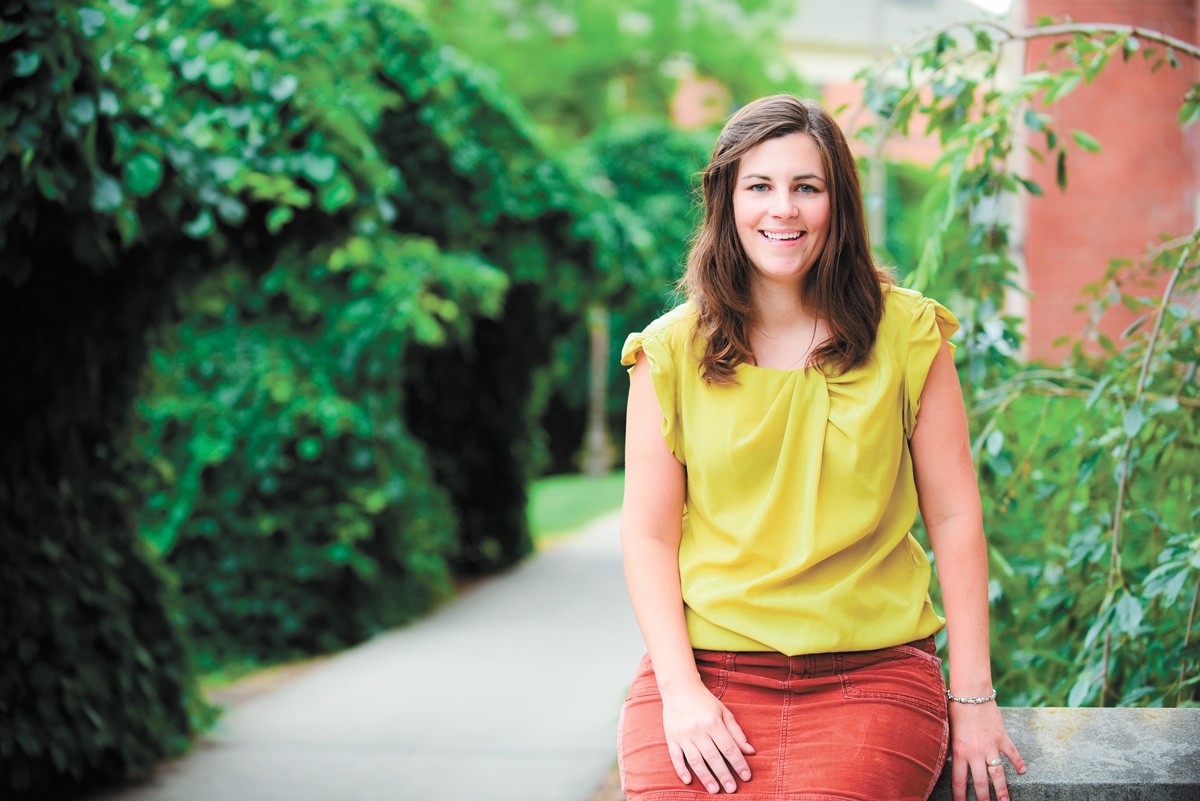 Courtesy photo
Ryanne Pilgeram's new book offers a cautionary tale of one town's struggle against the backdrop of local, regional, national and even international forces.

Everyone knows a place like Dover, Idaho, an idyllic spot with abundant natural resources drawing continuous waves of people, each reshaping land and occupants alike. Perched on the Pend Oreille River south of Sandpoint en route to majestic Lake Pend Oreille, Dover is typical of western towns driven by extraction industries like mining, timber, even farming. It also offers the familiar narrative of what happens when "new" meets "old:" some assimilate, others push back, but ultimately many are pushed out.

It doesn't have to be that way, argues Ryanne Pilgeram, a University of Idaho associate professor of sociology and former Dover resident. Her new book, Pushed Out: Contested Development and Rural Gentrification in the US West, offers a cautionary tale of one town's struggle against the backdrop of local, regional, national and even international forces.

"Unless we understand the dynamics of the past and the ways our economy structures our present, communities will find it next to impossible to imagine paths forward that center our real human needs," writes Pilgeram in the book, out this month from University of Washington Press.

Pilgeram wondered how Dover, a resilient and close-knit former mill town, acquiesced in 2004 to rezone the waterfront and surrounding areas to allow a master planned community called Dover Bay, despite significant opposition.

Called Mill Lake in the book — Pilgeram uses pseudonyms consistent with the university's and her industry's standards — Dover Bay is a shining testimony to lifestyle marketing. It's 285 acres of charm: 14 neighborhoods with names like Estuary Forest and Sandy Beach, nine miles of manicured trails, and a resort with on-site dining, guest bungalows and a fitness center. The 1930s barn is now an events center, the riverfront has been rebranded as Lake Pend Oreille, and the region's history condensed into 58 well-chosen words on the development's website.

In the book, Pilgeram describes Dover Bay as a "simulacrum for an American West that never existed," looking old-timey, more Hollywood than anything else. Yet it is not (or not just) the development and certainly not new residents she takes issue with. 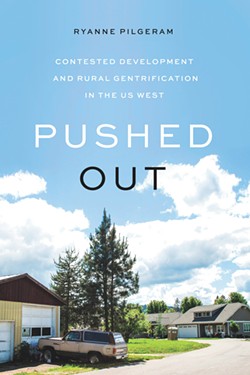 Instead, she looks at how Dover is indicative of many communities in the New American West "driven by economic, environmental, and political pressures to 'fix' the problems that capitalism itself created," she writes. Boom-and-bust cycles, Dust Bowl refugees, NAFTA, westward expansion, Save the Spotted Owl, the insular nature of smaller communities: Pilgeram takes the reader on a well-researched journey that universalizes the Dover experience.

Broadly, it's about the residents of Dover, present and past, including the Kalispel, who have called the region home for nearly 10,000 years. It's about recontextualizing the mythology of the American West, settled not by "rugged individuals" but rather "according to the spatial and capitalist logics of railroad and timber barons, with Indigenous people, settlers, and laborers always struggling to assert their autonomy and dignity in the process," writes Pilgeram.

And it's about the consequences of "rural gentrification" that creates "amenity migrants" in search of natural beauty and/or cultural amenities in rural places like Dover Bay. Change the name from Dover to Sandpoint or from Dover Bay to Kendall Yards, and you get the picture.

For the minutiae-minded, wade through the preface to discern more of Pilgeram's motivation for pursuing sociology, which includes numerous works on women in agriculture, as well as the foundation for Pushed Out.

A teenager when her family was pushed off its western Montana ranch and relocated to Dover, Pilgeram brought with her an interest in understanding Indigenous cultures, empathy for the working class, and an innate curiosity about her own adopted home. Rather than shy from her personal connections to place, Pilgeram embraced them.

"Detachment is overrated," says Pilgeram of her research approach. These stories are personal, so her involvement emotionally is important, she says. "Personal connections are the weight of responsibility, and maybe all researchers should wear that a little more."

The lengthy book introduction walks the reader through a sense of place in old Dover, Pilgeram's initial assumptions about the town's history, and the evolution of her methodology. She also delves into rural gentrification, which requires both "a demographic shift of population from urban and suburban areas to rural ones" as well as "the influx of a population with social and economic power to rural areas where they can assert that power."

Framing what happened in Dover this way, explains Pilgeram, helps contextualize the sense of loss that echoes throughout the book when working-class folks realized they couldn't compete against the Goliath of a large corporation or the same juggernaut of forces that initially drew them to Dover.

The meat of the book begins with the land itself and culminates in "A Tale of Two Dovers." We learn about Dover's recurring water and infrastructure issues, small but significant dramas like the missing minutes from crucial City Council meetings during the rezoning hearings, and how housing prices elsewhere and various economic theories might predict many of the issues that befell old Dover.

Here, too, history buffs will find a fascinating and thoroughly documented read that manages to remain highly accessible and interesting, even for those unfamiliar with Dover.

"That was one of my goals: to make it very specific but also make it accessible to others," Pilgeram says.

She gets the sense that those she interviewed appreciated the opportunity to relay their experiences in ways that hadn't yet happened, she says, including being oft-overshadowed by Sandpoint.

And although there is a sense of loss throughout the book, Pilgeram wonders how the story of Dover and Dover Bay might have turned out differently. What if agriculture were more central to land use there, or what if the land had been returned to the Kalispel?

Noting the cyclical history of displacement in Dover, she says one of the book's main messages is that what we do to the least among us may be our fate if we don't push back and reckon with the past. ♦

Pilgeram will be at Vanderford's Books & Office Products, 201 Cedar St., Sandpoint, from noon-2pm on Saturday, May 22, to sign copies of her book.