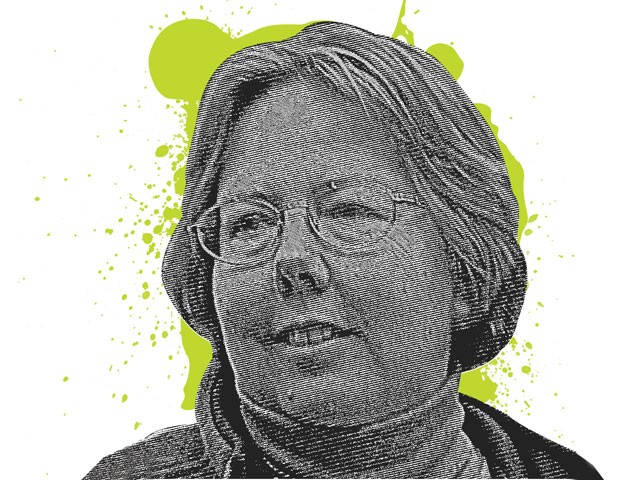 When it comes to the environment, Rachael Paschal Osborn is admittedly “water centric.” A public interest water lawyer who moved to Spokane in 1999, she runs the Center for Environmental Law & Policy (CELP). She’s been an environmental activist for about 20 years.

INLANDER: What inspired your interest in the environment?

OSBORN: I grew up in the late ’60s, early ’70s, when there was an environmental revolution going on in this country, including the first Earth Day. I was very affected by the events of that time. There were a lot of big environmental disasters, and it was the first time that those kinds of things were being broadcast on television.

Describe the work you do for the environment.

I run a nonprofit, and our mission is to protect and restore instream flows in rivers and to protect aquifers. We work on the water-quantity side of things. We interact a lot with government, we do a lot of agency advocacy, we litigate, we bring lawsuits and we do public education. We have a program we call “Water Rights 911,” where people who are out in their own communities and who are working on tough issues need some expertise. We try to help them with that.

What is the one thing about the rivers and aquifers in this area that people don’t know
about and should?

The most important thing for people to understand is that the [Spokane] River and the [Spokane-Rathdrum] aquifer are connected. The aquifer feeds the river, and so the more we pump from the aquifer, the more we’re taking water out of the river.

In the summertime, the flows in the Spokane River get pretty low, and that’s the same time that we’re pumping really hard so that we can water our lawns. The city owns the wells, but we’re the end users.

I heard a rumor that Spokane River is one of the most polluted rivers in the United States. Is that true?

It was listed as one of the most endangered rivers by American Rivers, which is a national organization, in 2004. It’s definitely one of the most polluted rivers in Washington state, because of all the toxic chemicals that are coming down from the Coeur d’Alene mining district. It’s a river that needs some help.

What does Earth Day mean to you?

I think of it in two ways. One is to acknowledge our responsibilities to ensure that we are going to be leaving a planet to the next generation that is as good as or better than the one we inherited.

Secondly, it’s a good day to celebrate and feel like we’re a part of the bigger picture of nature.

What are you doing for Earth Day?

I’m giving a talk [Saturday] morning at the event downtown at Main [Market], and then I’m going to go home and work in my garden with my husband.

It’s been 40 years since the first Earth Day. What have we accomplished since then?

From a positive perspective, right around the time of the first Earth Day, we enacted some important environmental laws: the Clean Water Act, the Clean Air Act. Those statutes and the implementation of them have done a lot of good. Right here with the Spokane River, the city used to put minimally treated sewage into the river, and as a result of the Clean Water Act, the city had to install secondary treatment and really clean up. … We’ve definitely got cleaner rivers than we used to.

On the downside, 40 years ago, nobody really understood global warming. It wasn’t on the radar screen; although it was happening back then, hardly anyone knew it was happening. So now we are confronted with one of the largest environmental crises. It’s going to require some fairly substantial changes in people’s lifestyles in a larger context and in how corporations interact with natural resources. The question we have to put to ourselves is: Are we up to it?

Born out of the environmental movement of the late ’60s, Earth Day turns 40 this week. To mark the occasion, we decided to take stock of our successes and failures, asking local activists and thinkers to consider how far we’ve come and which issues need our attention now.