Questions surround a fatal police-involved shooting, including whether a new law will be put to the test 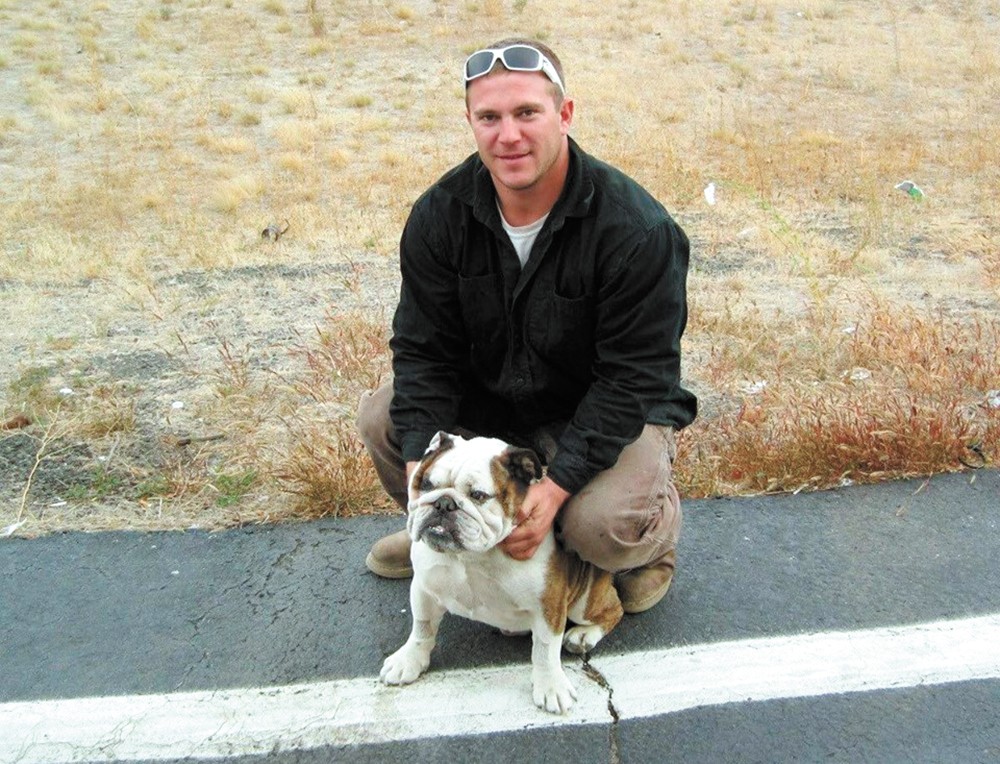 "This week I got together with David's family and I asked: 'What words would you use to describe David?'" says Bart Orth, a local pastor presiding over the funeral, in front of pictures of Novak and a wooden casket adorned with a dirt biking helmet. "His dad said 'very outgoing.' His mom said 'very athletic.' ... His brother-in-law Shane said he's 'loyal.' Crystal, his sister, said 'high energy, on steroids.'"

It was a somber yet joyous celebration of a man who died inside his own home in the Emerson Garfield Neighborhood on Jan. 7 after being shot during an encounter with Spokane Police. The officers involved, who were responding to reports of gunshots, said that Novak was holding a rifle at the time, officials initially reported. But while investigators recovered a baseball bat, they found no gun.

That fact and others about the incident have left Novak's family wondering what really happened. The incident also raises questions about whether Initiative 940 — a recently approved ballot initiative making it easier to prosecute cops who use deadly force — will be tested in this case.

Under I-940, prosecutors no longer have to prove that officers acted in "malice" when using deadly force in order to obtain a criminal conviction. Instead, the initiative enacted a new legal standard, a two-prong test that asks whether an officer believed that such actions were warranted in the moment and whether a reasonable officer in a similar situation would have done the same.

But even this standard is slated to change in the coming weeks, creating additional uncertainty. In early December, the backers of I-940 announced that they would be pushing for tweaks to I-940 during the 2019 legislative session.

Law enforcement and community activists push for revisions to Initiative 940

"The issue that we had with it just was that it was complex," Steve Strachan, executive director of the Washington Association of Sheriffs and Police Chiefs, says of I-940's original standard. "It was hard to understand and it was hard to train [to officers]."

Monisha Harrell, board chair of Equal Rights Washington and a representative of the I-940 backers, tells the Inlander that the changes to the initiative might get passed as early as "the second week of session."

Both Harrell and Strachan stress that the new standard isn't intended to convict cops who make mistakes. "This is not about officers making a good faith mistake. This is about the outrageous and the cavalier," says Strachan.

The officer who shot Novak has been identified as Brandon Rankin.

The incident is currently being investigated by the Spokane Investigative Regional Response Team, who will eventually turn over their findings to Prosecuting Attorney Larry Haskell for review. (The investigation is "still in its infancy" and has no timeline for completion, Sgt. Jack Rosenthal of the Sheriff's Office, tells the Inlander.)

The officers involved in Novak's death were equipped with body cameras. The footage will be reviewed by the investigators and could prove pivotal in illustrating whether a reasonable officer should have known that Novak wasn't carrying a gun.

Spokane County Prosecutor Larry Haskell was noncommittal in an email about whether he will use the original I-940 standard — it went into effect on Dec. 6 — or any updated version that might emerge. "[It] will depend on the implementing language contained in any legislation that passes, what it says, when it passes, and when I receive the completed investigation," he writes. "No way to know at this point."

According to an SPD news release sent out after the incident, Spokane Police responded to a report of a male firing a gun at neighbors on West Montgomery Avenue at around 10:30 pm and arrived on the scene within minutes. "Shortly after arriving on scene, officers reported hearing what they believed to be at least one shot coming from the area of suspect's house," the release reads. "Just after that, officers advised shots had been fired."

The suspect — later identified as Novak — then fled into his house. Officers and medics eventually entered the home and, after attempting life-saving efforts, they declared Novak deceased at the scene.

The next day, a follow-up statement from Chief Craig Meidl was released with new information. The chief described how the officers on the scene initially thought they saw Novak holding a "long object," which "they believed to be consistent with a rifle or shotgun," before noting that investigators at the scene recovered a "baseball bat" but did not find a gun. 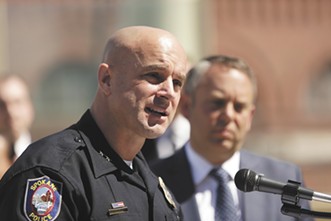 According to court documents, police dispatch logs indicate that the officers who responded to the call "heard a gunshot" and advised that an officer had fired their weapon within the next minute.

Several witnesses who lived across the street from Novak say that they were hanging out outside on the evening of Jan. 7 when Novak walked over and struck up a conversation, court records state.

One witness, Anton Wolfe, says Novak became agitated and started hurling racial slurs — the men outside the home were black — and claiming he was a KKK member before grabbing at another witness, Jolyn Maze. He says Novak then walked back to his home, allegedly saying something akin to "I'm going to shoot you" as he was leaving. Wolfe then went back into his residence and minutes later heard several gunshots, prompting Maze to call 911. They soon heard sirens and a volley of gunfire.

Maze, meanwhile, told police that he heard "two consecutive gun shots" as he began entering his home after Novak walked back across the street. (Maze later told the Spokesman-Review that while he was outside he believed that Novak fired "five or six times" after retrieving what looked like a shotgun from his house.) He then says he heard additional gun shots while he was in his kitchen, followed by an officer yelling "get down, get down" after the police arrived. Another volley of gunfire ensued.

One neighbor, Tyler Gerstbrein, told the Spokesman-Review that he saw Novak pacing, screaming, and hitting his pickup truck with an aluminum bat before officers arrived, who then told Novak to freeze and drop the weapon. Gerstbrein then claimed that Novak dropped the bat before the officer fired.

In a Jan. 10 statement from the Spokane County Sheriff's Office, investigators located a "silver and black aluminum baseball bat near the pickup truck where Novak was contacted" and that the truck "appeared to have damage consistent to being struck several times with a bat."

In a statement released by the Novak family, they welcomed the investigation into his death. "While grieving, our family has had to deal with conflicting reports and account of events surrounding David's death," the statement reads. "This tragic event will inevitably evolve into the emotionally draining process of examining the events of the night January 7, 2019. The Novak family welcomes the forthcoming investigation and the process of sifting the truth from the sound bites."

They also criticized local law enforcement for their initial handling of the incident: "The difficulties inherent in processing such a tragedy have been compounded by the lack of communication and transparency from authorities responsible for this case."

On the front porch of Novak's former home sits a small bouquet flanked by candles adorned with messages scrawled in marker. One simply reads: "Justice for David." ♦

The original print version of this article was headlined "Double Take"