For badlands, they sure look pretty. 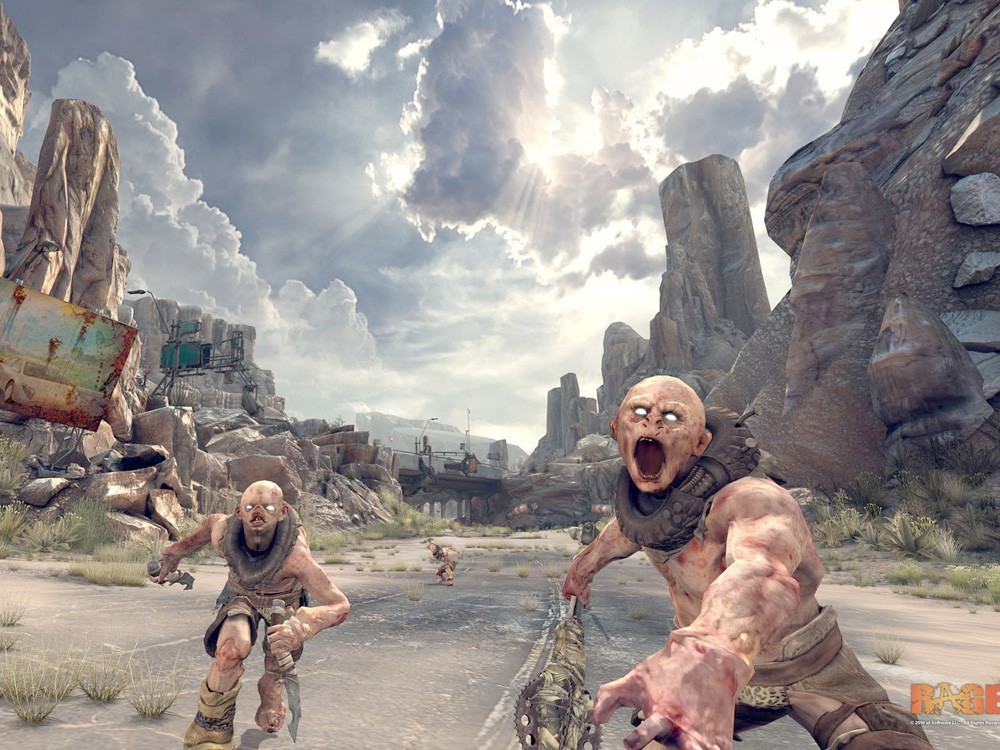 For badlands, they sure look pretty

With great power comes great responsibility. I learned that from Spider-Man, but it’s been driven home by the current generation of videogames. Since the Xbox 360 and PlayStation 3 arrived under my TV, and Nvidia’s graphics cards arrived in my PC, I’ve been playing videogames that have the power to replicate reality.

But as games have become more detailed and lifelike, they have also started to show their seams. Every fake-looking eyeball and each unnatural movement spoils the game’s illusion. Whenever I see the landscape ripple and tear as the graphics engine attempts to draw it into existence, I’m thrown out of the world that I’ve been pulled into.

Rage immediately impressed me with its visual intricacy. Gone were the endless straight lines that always reveal that I’m walking in a world created by computer. Even the floor of the simplest room in Rage undulates and fragments. Rage is set on Earth after a meteor has plowed into the planet, and the haphazard, uneven appearance is perfect for the aftereffects of such an apocalypse.

When I crossed a bridge that was suspended over a canyon, I looked down to see the bridge’s shadow fall away along the sides of the canyon. The shadows up-close had cleaner, crisper edges than the fuzzier shadows near the bottom of the canyon — as they would in real life. It’s a beautiful lighting effect that emphasizes the game’s virtual distance.

But then, as I walked across the bridge, I noticed that I couldn’t see my own shadow. And while the nearby plants swayed in the breeze, their shadows stayed unmoving, like dark starbursts painted onto the ground around their stems. Later, I would watch corpses fall onto and into one another, until a small army was occupying the place of a single body. They lay overlapped, indistinguishable except for their arms, which stuck out at different angles like Da Vinci’s famous drawing.

And it wasn’t only sloppy imagery that undermined Rage’s imaginary world. While the camera would wobble gently when I was walking (a refreshing change from the view that glides through most first-person shooters), the view would hold perfectly still when I was aiming my sniper rifle. No fatigue from holding it, and not a single shudder from my breathing. These may seem like small points, but when a game has graphics this powerful, it needs to be more responsible with the details.

THE GOOD: A post-apocalyptic world full of guns, mutants, scrappy cities and steampunk technology has never looked better than it does in Rage. While Borderlands was a wilder shooter, and Fallout: New Vegas had a more absorbing landscape, there is something sleek and refreshing in Rage’s solid shooting and linear storyline. I’m not always in the mood to get lost in the wasteland. Sometimes I just want to play there.

THE BAD: When I’m shot dead, I get a second chance at life by playing a “defibrillator” mini-game. This tedious, timing-based activity breaks up the flow of the game and contributes nothing to the development of my character. It’s nice to have an emergency lifesaver, but not if it kills the game.

THE BOTTOM LINE: Rage is a ravishing-looking shooter ravaged by a few visible flaws.