Resurrecting a landmark in Cocolalla. Plus, Lalo's Pizza on the South Hill.

By Carrie Scozzaro and Carey Jackson 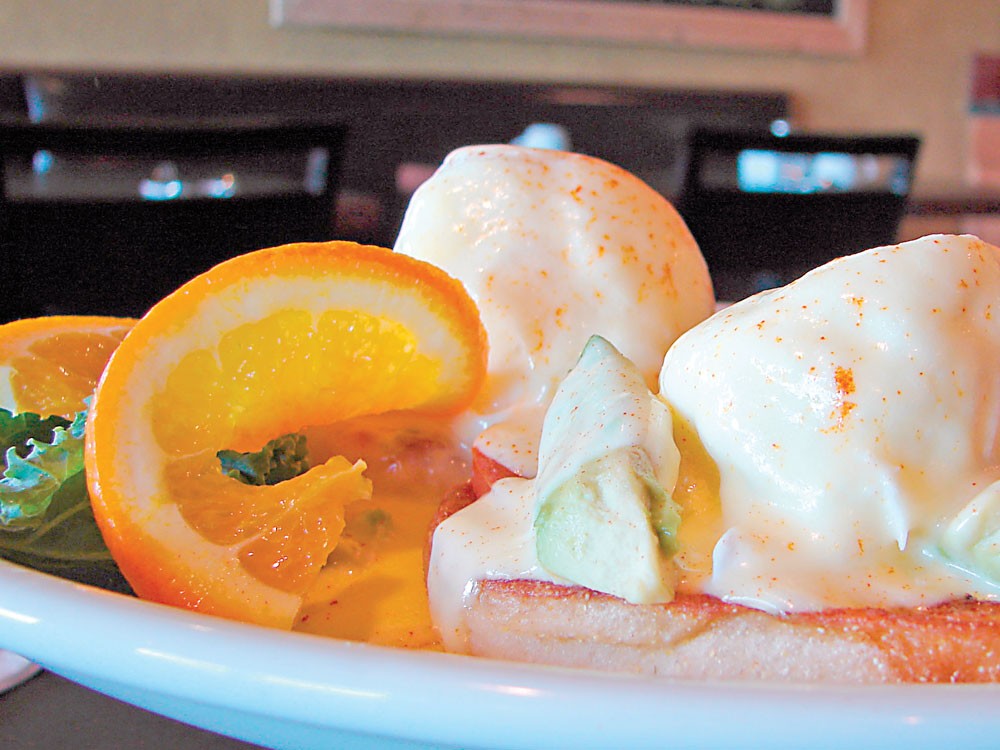 It’s all a matter of perspective. Some people might look at a closed restaurant and see only a failed history. But Bob and Susan Short, publishers of The Real Estate Book, saw something different — a reason to resurrect the View Café on Idaho state Highway 95. And it wasn’t a result of yearning for the trademark biscuits and gravy. No, it was something akin to community and a nostalgic need to preserve it that prompted the couple to dive headfirst into the restaurant business.

“One thing led to another…” laughs Bob Short, describing his own surprise at purchasing the place. On trips up the highway to Sandpoint, the Shorts noticed the “closed” sign and called the View Café’s (former) owner to inquire after his health.

That was last fall, and by April, the View was looking better than it had in years. Six months of remodeling — the place needed gutting like a fish from nearby Lake Cocolalla — was frequently interrupted by passersby offering suggestions, asking when the place would be open and generally voicing their enthusiasm for the preservation of this 50-year-old landmark.

Changes include snazzy new seating, wood paneling and a corrugated steel and laminate bar/counter area. Outside, oversized baskets of petunias hang from the dark wood beams and the bright blue roof. An original sign — one the Shorts are trying to get remounted — is all that remains of the old decor.

The menu has changed, too, adding to old favorites like the signature chicken fried steak with country gravy ($8 breakfast/$9.50 dinner), or patty melt on rye with Swiss cheese, grilled onions and either coleslaw, cottage cheese or fries ($7.50). Get started with meatloaf sliders, gravy and horseradish ($6.75) or deep-fried potato skins ($5).

What hasn’t changed? The view: the pontoon boat in the parking lot, cars clipping along on the highway, train tracks and Lake Cocolalla. The traffic might be moving faster outside, but inside it’s all about comfort food in a place that’s withstood the test of time. (Carrie Scozzaro)

But there were a few drawbacks. Seating was limited. Underage patrons were teased by a wall of beers they couldn’t order. And, so far south, Lalo’s was out of the way for many pizza-loving Spokanites.

So, owner Brett Wyatt moved Lalo’s down to 909 S. Grand Blvd., next door to Press. (The former home of the comically short-lived Samurai Sam teriyaki joint, if you recall.)

“We had a good time at Perry,” Wyatt says. “But we’re really excited to be here and be accessible to the community in whole new way.”

Lalo’s new location keeps the pizza parlor within range of its old stomping ground while opening it up to business from the lower South Hill and downtown.

And, Wyatt adds, “We’re able to work in tandem with Press and were able to triple our seating and make it just a little bit classier.”

No formal business affiliation exists between Lalo’s and Press. It’s more of a symbiotic business friendship.

If you’re at Lalo’s, you can take your pizza over to the Press, order a beer and enjoy pizza and beer on the patio. If you’re drinking at the Press and you’re suddenly attacked by the Drunchies, step in to Lalo’s and get a pizza to help you absorb the alcohol.

And the pizza? Delicious.

“We spend a little bit extra on the baseline ingredients,” says Wyatt. It’s made with  “hand-rolled, homemade crust” that strikes a middleground between thick crust and thin.

Acting on employee suggestions, I ordered the Legend, Lalo’s version of the traditional supreme, and the Lariat, with barbecued chicken, green pepper and sweet corn. All of the toppings with fresh and flavorful — a nice compliment to my Manny’s Pale Ale from Press. More importantly, it was good enough for me to eat cold for breakfast the next morning. (Carey Jackson)

Carey Jackson is a former intern for The Inlander
More