Can the wealthiest U.S. president ever help the poorest U.S. citizens? 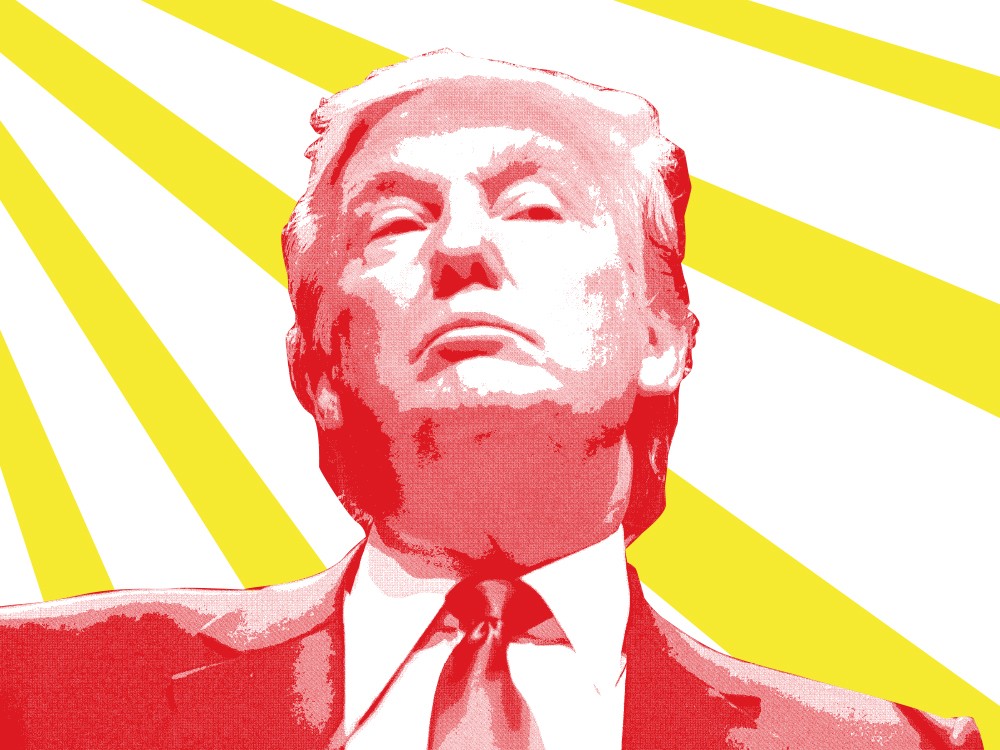 The 45th president of the United States, Donald Trump.

one who was born to a very rich father and lives in a tower of riches where the furniture is gilded in gold. And yet, he ran a campaign that managed to leverage the fears of the not-so-rich — about job loss, about the dying manufacturing sector, about corrupt elites who rigged the financial system. Somehow, it worked, as Trump managed to best Hillary Clinton in rust-belt states that Republicans had long thought lost to Democrats.

But now that he's been elected, this very rich man — who has assembled the wealthiest Cabinet in American history — will have a profound impact on the poorest. And there lies the uncertainty. Trump neither ran with George W. Bush's rhetoric of "compassionate conservative," nor with Mitt Romney's rhetoric of "takers vs. makers." Instead, his shoot-from-the-hip populist rhetoric often flatly contradicted the policies proclaimed by his team of more traditional conservatives.

So it's unclear exactly which Trump will take office: Trump the populist or Trump the Republican. For the poor, the homeless, and the sick, the difference is crucial.

When Stephanie Cates, chair of the Spokane County GOP, considers the impact of Trump's policies on Spokane's low-income residents, she sees, well, hope and change.

"He knows how to grow the economy and grow jobs," Cates says. "When you do that, it will benefit the poor and the low income and the nonprofits that serve them."

Cates looks at Trump's promises to hack away at regulations and believes that doing so will create an economic surge that will lift more boats. If businesses and employees have more money, she believes, they'll be able to donate more to nonprofits to help the poor.

Many of those involved with local nonprofits in Spokane don't share that kind of optimism. In particular, they zero in on a campaign promise: Trump promises a huge tax cut, one disproportionately advantageous to the very wealthy. To help start paying for it, he proposes to cut 1 percent of the non-defense discretionary budget every year.

"That's definitely a primary fear," says Kay Murano, executive director of the Spokane Low Income Housing Consortium. Of course, nobody knows exactly which programs would be cut. But Murano looks at federal funding for programs that provide rental assistance, or help cities build low-income housing, and worries about the consequences.

"Nobody's rents are going down by 1 percent a year," Murano says. "Instead, we're cutting the revenue available."

The choice to tap neurosurgeon Ben Carson — who explicitly said last month that he was not qualified to lead a federal agency — to lead the U.S. Department of Housing and Urban Development did not inspire confidence. HUD is the agency that provides cities and nonprofits with funding to help address homelessness.

"What knowledge does he need to have?" Murano wonders. "What is going to be overlooked? When are cuts going to be made?"

Her one hope is that low-income housing might be included in Trump's proposed infrastructure package.

Then there are the bevy of other possible programs that Republicans have proposed cutting for being inefficient, from Medicaid to food stamps to college loan subsidies. Republican Speaker of the House Paul Ryan's "Better Way" poverty-fighting plan proposes to concentrate on getting those in poverty back to work — increasing both job training and work requirements. Critics worry that his plan would privatize Medicare and shunt more tax revenue from the poor to the rich.

Julie Honekamp is CEO of Spokane Neighborhood Action Partners, a nonprofit that works on everything from heating assistance to financial education. She says SNAP is budgeting more conservatively this year, anticipating a possible reduction in federal spending.

Even if spending cuts target just one area of the social safety net, it can put a strain on all the other areas.

"There's a ripple effect. When there are less food subsidies, you can't pay the rent or the power bill or put gas in the tank," Honekamp says. "How do you prioritize whether to keep the heat on or feed yourself or pay for your meds?"

That last one is a big one, because it has to do with Obama's biggest domestic legacy.

By February of last year, Republicans in the House of Representatives had tried to repeal all or part of President Obama's signature Affordable Care Act — Obamacare — 63 times. Now, nobody is standing in their way.

For six years, Republicans lambasted the mandate that all people buy health insurance or be fined. They pointed to rising premiums and insurance companies dropping out of national exchanges as proof that the law was failing.

"Most of us who had a good health plan felt like we were lied to, that we weren't able to keep our doctors," Cates says.

But Bob Crittenden, special assistant for health reform to Washington Gov. Jay Inslee, sends over all sorts of charts and stats that make the prospect of repealing Obamacare — especially by getting rid of taxes on the wealthy — look like an absolute disaster for a low-income people in Washington.

"The Inland Northwest has benefited the most from the Affordable Care Act," Crittenden says. "In [U.S. Rep.] Cathy McMorris Rodgers' district, there are close to 80,000 people who have gotten coverage."

Before Obamacare, sick people often couldn't get insurance because of their pre-existing conditions. Crittenden predicts that the uninsured rate in Washington will more than double if it's repealed. Before Obamacare, the sick could be denied coverage for pre-existing conditions. Washingtonians, much less low-income state residents, couldn't even buy insurance that covered pharmacies on the individual market. Crittenden even has charts showing that the growth of premiums has actually slowed in Washington since the act was adopted.

Crittenden worries that could all be lost.

McMorris Rodgers has promised that these sorts of fears are misplaced, and the Republican replacement will be better.

"No one who has coverage because of Obamacare today will lose that coverage," McMorris Rodgers says. "We aren't going to pull the rug out from anyone."

But, as Crittenden knows, Washington state history provides a cautionary tale. In 1993, the state tried a very similar plan to Obamacare. But when the backlash to the law allowed Republicans to seize control of the legislature two years later, they nixed the mandate to buy insurance. Without enough healthy patients in the market, the system completely collapsed.

"We didn't have any individual market for a few years," Crittenden says. Ultimately, that sort of risk — and the ensuing anger from voters — may be the one thing that stops Trump from fulfilling certain campaign promises. After all, he's made other campaign promises as well. Earlier this month, Sen. Bernie Sanders printed out a giant Trump tweet and brought it to the floor.

"I was the first & only potential GOP candidate to state there will be no cuts to Social Security, Medicare & Medicaid," Trump tweeted in May of 2015. "Huckabee copied me." ♦