Those cables, the city would later find out, weren't strung correctly. They had to be changed, and a structural analysis had to be completed to make sure the cables didn't cause any damage.

It's the main reason why the opening of the bridge has been delayed, likely until late November, says city spokeswoman Marlene Feist.

Feist refutes an article in the Spokesman-Review last week that blamed the delay on tariffs that President Donald Trump placed on steel. Feist says the Spokesman-Review never called the city before writing that story, but she says that the tariffs had little impact on the construction of the bridge.

"From our perspective it isn't a steel issue," Feist says. "It was a mistake during construction."

In the Spokesman-Review story, project manager Tim Hutton acknowledged that "things aren't working as perfectly as they were on paper," though similar issues are common in projects.

Garco was awarded $9.5 million to complete the project. In a joint statement, Garco and the city say the two are working together to develop a timeline for completion of the bridge, noting issues with cable tensioning, railroad-related co-ordination and changes in design.

"We're disappointed that we're not going to open it on time," Feist says. "But we're still super excited about that bridge." 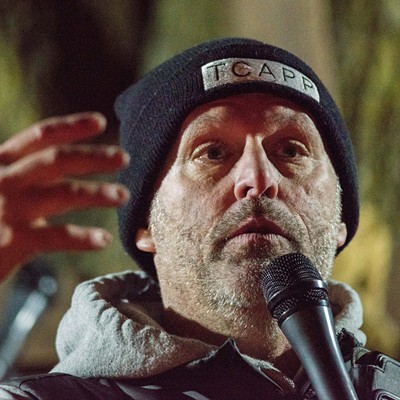