What the changing political and social climate means for local musicians

The Dakota Access Pipeline construction may be postponed, but that doesn't mean that the protest against the project is over. Currently, folks are hunkered down for the long, sub-zero winter at the Standing Rock Indian Reservation in North Dakota. They say they don't plan to leave until all pipeline building equipment is gone. While the River City Roots, a local reggae act, hasn't made it out to the protest site, the group plans to help the cause from home.

On Saturday night, the five-piece hosts a Standing Rock benefit concert at the Big Dipper. All funds raised will go directly to the Oceti Sakowin Camp, where many protesters have lived since spring of last year.

"I think you have a duty when you have a microphone in front of you to try and help open people's minds," says Derek Crowell, rhythm guitarist/vocalist for the group. "Reggae music is a conscious music; it's a music for the people."

The group first heard about the pipeline plans back in 2015, the same year they originally formed as a backup band for Jus Wright, a reggae artist who moves between Hawaii and Spokane. The crew has followed the story closely ever since, and Crowell has even written a protest song, which he plans to unveil at Saturday's show.

Today, three of the group members are slurping up steaming hot pho at Le's Teriyaki on Hamilton Street. They want to use their brand of reggae, which they describe as a mix between classic roots and rock, to bring people together and listen. In a world of political turmoil and an upcoming presidential change, acts like River City Roots believe music is more important than ever.

"When it sounds right and it feels right, there's nothing better for us on stage. It's almost like church," says guitarist Sean Frey.

The Chad Mitchell Trio always stood up for their beliefs.

Protest songs are nothing new.

"To me, there was no other way," says Mitchell from his home in Spokane, on his choice to sing satirical music often laced with political overtones. While Mitchell left the band in the mid-'60s (he was later replaced by a young John Denver), those same convictions never left.

Now 80, the former musician says that for a long time, he wasn't sure his music mattered to anyone. But then after a reunion show with his trio in the 1980s, fans who'd heard the group as students changed his opinion.

"Multiple people stopped me at that show and said, 'We never had a political thought before we saw your show, and you turned us around.' I realized finally that we did make a difference, the music we sang made a difference," Mitchell says.

He says he's not completely confident that there are a new crop of artists willing to step up and sing about the current political atmosphere.

"The problem is the folk music is not what it was; the folk scene was huge and it went hand in hand with the civil rights movement," Mitchell says. "I can't speak to rap, it's not my generation and it takes on a whole bunch of issues, but that's one of the genres that will take on the political situation, whatever it turns out to be."

Michael Waldrop, a jazz history teacher at Eastern Washington University, explains that there is a pattern, that all forms of art seem to become more vital in times of oppression.

"Music is a way to express that which is inexpressible (or impermissible) through words," he says. 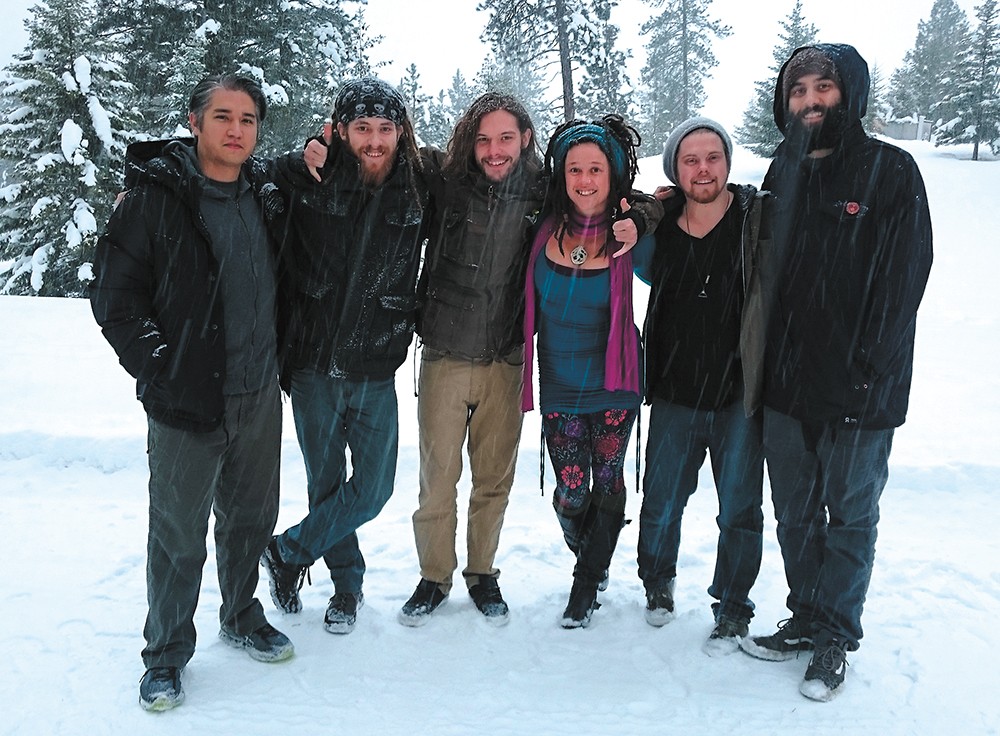 The guys in River City Roots, all in their mid-20s,

are entirely too comfortable with one another today. They burp and laugh and say that this deep conversation we're having right now isn't out of the ordinary.

"We try to talk about real things, that's what I'm interested in," Crowell says. "Why talk about the Seahawks or Kim Kardashian?"

Their songs, which they plan to record this winter, reflect the world around them, while still remaining relatively positive. When it comes to Standing Rock, they openly admit they don't have all the answers to make our country entirely energy-efficient.

"What I know is it starts with us, and relying on yourself. You are the change," Crowell says. "What I know is the protest needs to stay peaceful, because you can't kill hate with hate. It sounds cliché, but it's the truth." n