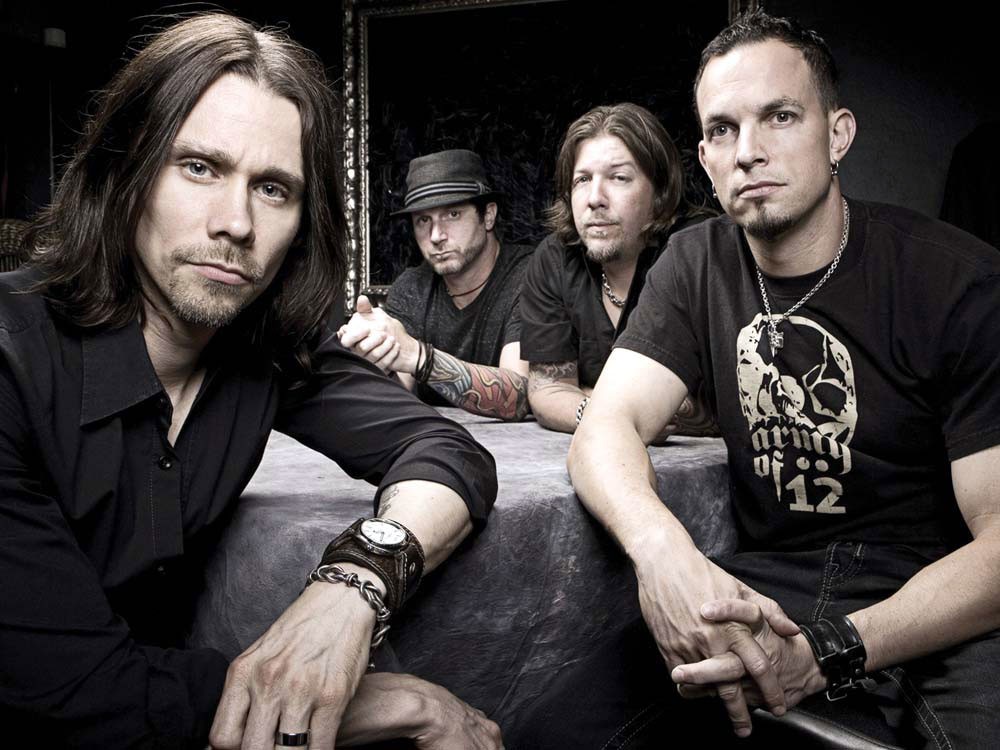 When Creed broke up in 2003, three of its members became Alter Bridge. And then in 2009, those same three guys announced they’d be reuniting with Creed singer Scott Stapp. It was only natural to assume that this would spell the end for Alter Bridge.

Such a scenario, of course, would have major repercussions for Spokane’s own Myles Kennedy, the singer and fourth member of Alter Bridge.

“It was funny because I was getting a lot of like sympathy. People were like ‘Oh, I’m really sorry to hear what happened,’” Kennedy says. “I’m like ‘It’s going to be fine. Trust me.’” In a way, Kennedy said, he had been preparing himself for a Creed reunion — despite Creed’s acrimonious breakup — from the day Alter Bridge came together at the beginning of 2004.

“I think in the back of my mind I always kind of knew it was going to happen, even though people said it would never happen,” Kennedy said. “When lightning strikes like it did for them back in the late ‘90s, and you have something that was that big and had that many hits, I think it’s hard to totally turn your back on that legacy.”

Things do seem to have turned out fine: the Creed reunion resulted in a new album, Full Circle, and a pair of arena tours. Kennedy, meanwhile, got a nice surprise: he was recruited by former Guns N’ Roses guitarist Slash to sing on his solo album and then go on tour as his lead vocalist.

And now Alter Bridge is back in action with a newly released album, ABIII. Much of the album follows in the straight-ahead hard-rocking path of the first two Alter Bridge albums. Crisply paced songs like “Isolation,” “Still Remains” and “I Know It Hurts” strike the same kind of balance between crunch and melody that typified much of the band’s earlier material, while “Ghost of Days Gone By” eases off on the tempo a bit and gives their hearty melodies plenty of space to shine.

But overall, it’s a bit darker, thanks to moody tracks like “Slip to the Void” and “Show Me A Sign.”

For this album, Kennedy examined core beliefs he had come to question as he grew into adulthood.

“I was born into a Christian Science household,” he says. “I guess in Christian Science they don’t necessarily see doctors for medicine. So because of that, [my father] died. He died when I was 4 from something that could have been prevented. So I think that was always something kind of at the root of it all. As the years went on, I just continued to question the whole thing.

“In certain respects, I really, I guess I respect the fact that he believed so much that he kind of put his life on the line,” Kennedy says.

“But at the same time, there’s a part of me that really resents that. I needed a dad.”

If Kennedy sounds serious and reflective on ABIII, his mood is considerably brighter when it comes to where his career stands today.

“We’ve been really surprised, really kind of blown away really, with how many people already know some of the new lyrics,” Kennedy says. “That’s been a very pleasant surprise, especially for me as a singer. It makes my job easier when people are singing along.”