The revivalist rock and hijinks of Twin Peaks 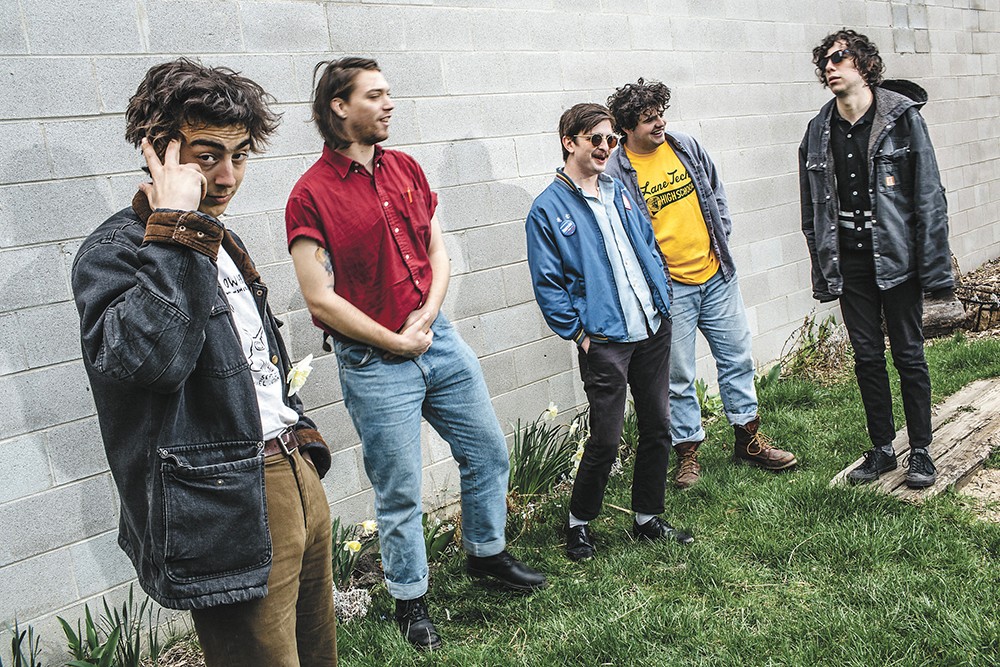 The Chicago-based Twin Peaks band has little in common with David Lynch's TV show of the same name.

quasi-frontman of Chicago rockers Twin Peaks over the phone earlier this month. The quintet — related to the surreal David Lynch TV series in name only — has just crossed the Florida-Georgia line in their van, called Vandalf the White, on a tour leg that will swing through the South before curling up the West Coast to Spokane and the Bartlett for a reprise of their 2014 gig there.

"We just stopped at a Guitar Center," says James. "I got a little soup at the grocery store. And then I got a smoothie at Smoothie King. And we're smokin' some dope." His laconic, matter-of-fact Midwestern drawl betrays his altered state of mind, which, James later admits, is "um, blank."

But a listen through Down in Heaven, the band's latest LP, reveals a deeper side of the musicians who, it turns out, actually have a lot on their minds, particularly in regards to women. Here, affairs of the heart loom large. "You can live how you want if you don't mind living alone," sings a spiteful Clay Frankel to a cold-hearted femme fatale in the refrain of "Cold Lips." True to the blues tradition, the record, at its jangly core, is a collection of boozy laments: over loneliness, rejection and regret.

"I picked up a guitar when I was pretty young," says James. "It felt very important to me very quick. I was never no good at sports or nothin'. [Rock 'n' roll] just draws you in or it don't. I do this. This is what I do." He found like-minded souls in high school pals Frankel, bassist Jack Dolan, drummer Connor Brodner and multi-instrumentalist Colin Croom, who joined in 2014.

Down in Heaven borrows from the house-party mayhem of The King Khan & BBQ Show and cops the sneer of Exile on Main Street, but boogies on its own terms with philosophical, tender, witty and scathing intent. Its 13 tracks ride the thin line between cheeky and intensely personal. It's a modus operandi gleaned (consciously or not) from some infamous Middle American forebears.

"We're no Wilco. We're no Replacements. We're just some dudes from Chicago doing it," James says. "We're a real grateful band. We fell into this world. We're winging it."

"We get enthused up there. Y'all could be standing still and we'll still be shaking our butts," says James. "We don't know [how to play] any songs right now that we haven't released, and we still don't know how to play half of the songs we have released. Usually we're drinking. Sometimes someone sparks a joint. " ♦