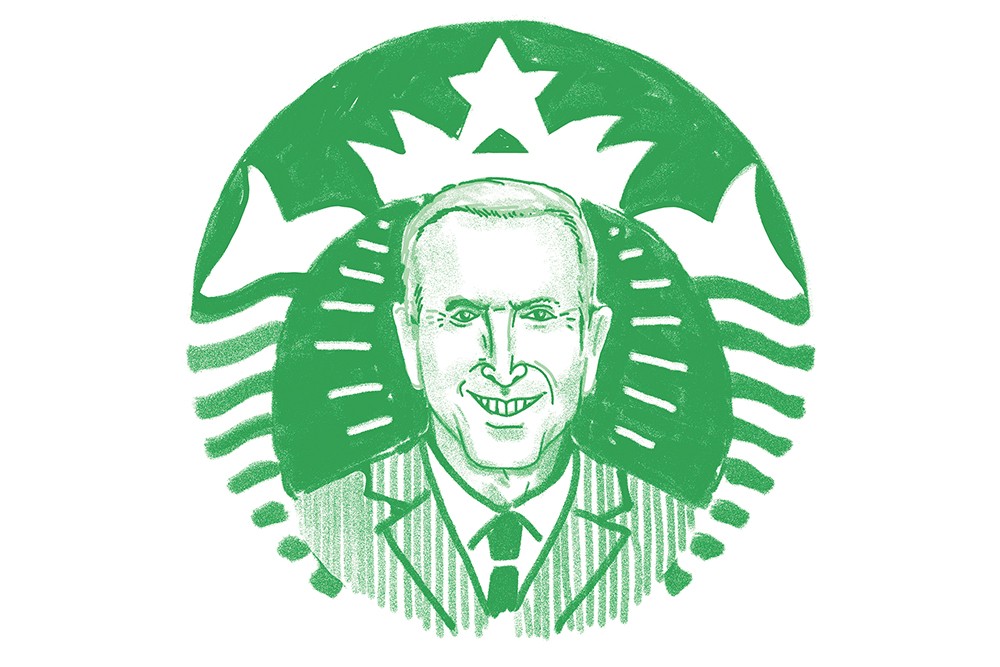 Howard Schultz, the former Starbucks CEO, may run for president in 2020 as an independent. He's dismissed the far left and the far right as extremists, incapable of representing the nation effectively. He will decide whether or not to run in the coming months. 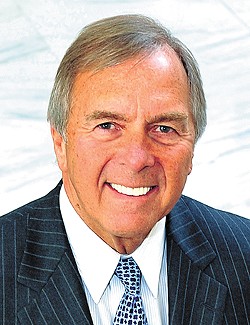 Schultz was raised in poverty, abused by his father and is in all respects a self-made man. He's now worth billions, having turned Starbucks into a worldwide phenomenon with more than 500 stores throughout Washington state. He's said he won't run as a Democrat and is as disgusted as most Americans are with how Republicans have performed in Congress. He believes Americans have been let down by government.

Democrats have also criticized Shultz, though some die-hard Spokane Republicans recently found Schultz impressive. Some are saying he's a spoiler who will only help President Trump. Historically, independents have garnered votes but have won no states in the Electoral College. Ross Perot received 19 million votes in 1992, Jesse Ventura ran in Minnesota as an independent and was elected governor, though he left office after one term and having run up a big deficit.

Independent candidates are historically at an electoral disadvantage without traditional political party mechanisms — that network of yard sign installers, volunteers to hand out campaign pamphlets and surrogates to speak on a candidate's behalf. Independent campaigns are usually personality-driven. Perot led the effort to stop excess federal spending and hired campaign veterans Ed Rollins and Hamilton Jordan, who came from opposite sides of the political spectrum, which gave his candidacy legitimacy.

Still, Perot may have delivered the presidency to Bill Clinton, who defeated George H.W. Bush with only 43 percent of the popular vote. Ralph Nader and his Green Party effort acted as a spoiler when he ran in 2000. And Donald Trump was elected in 2016 when Green Party candidate Jill Stein received votes that likely would have gone to Hilary Clinton, perhaps enough to elect her as the 45th president.

But the time may be ripe for an independent, especially in Eastern Washington, as less than 50 percent of voters in Spokane County supported Trump in 2016. America remains polarized and divided, with less than a majority of voters nationally now supporting Trump. Three millennial voters in their 20s recently confessed in Colorado their loyalty to independence, not Republicanism, though all three hold conservative principles. Former Ohio Gov. John Kasich, a former Republican congressman, and former Colorado Gov. John Hickenlooper believe that independents may prevail in 2020, especially if President Trump continues to disappoint voters.

Schultz criticizes the leftward movement of many of the current Democratic candidates for president, calling the Green New Deal impractical and "Medicare For All" too expensive and limiting. He also abhors Trump, calling him unfit for office, and blames right-wing Republicans for extreme policy positions. Schultz speaks of loving America and claims to speak for those middle-income voters who were faced with a Hobson's choice in 2016, between a dishonest Hillary Clinton and an inexperienced Donald Trump.

Schultz plans to use his business experience, impoverished upbringing and honest demeanor to attract disaffected Democrats and Republicans who may be ready for a candidate who speaks common sense to them. Schultz believes now is the time for an independent. Making a visit to Eastern Washington could help his candidacy.

While independent candidates usually have difficulty winning against establishment candidates, Eastern Washington may like what they hear and vote for Howard Schultz. Perhaps Washington State could end up not being blue in 2020 after all. ♦

George Nethercutt represented the 5th District of Washington state as a Republican in Congress from 1995-2005.