On his sophomore LP, Marshall McLean contemplates fame, family and growing up 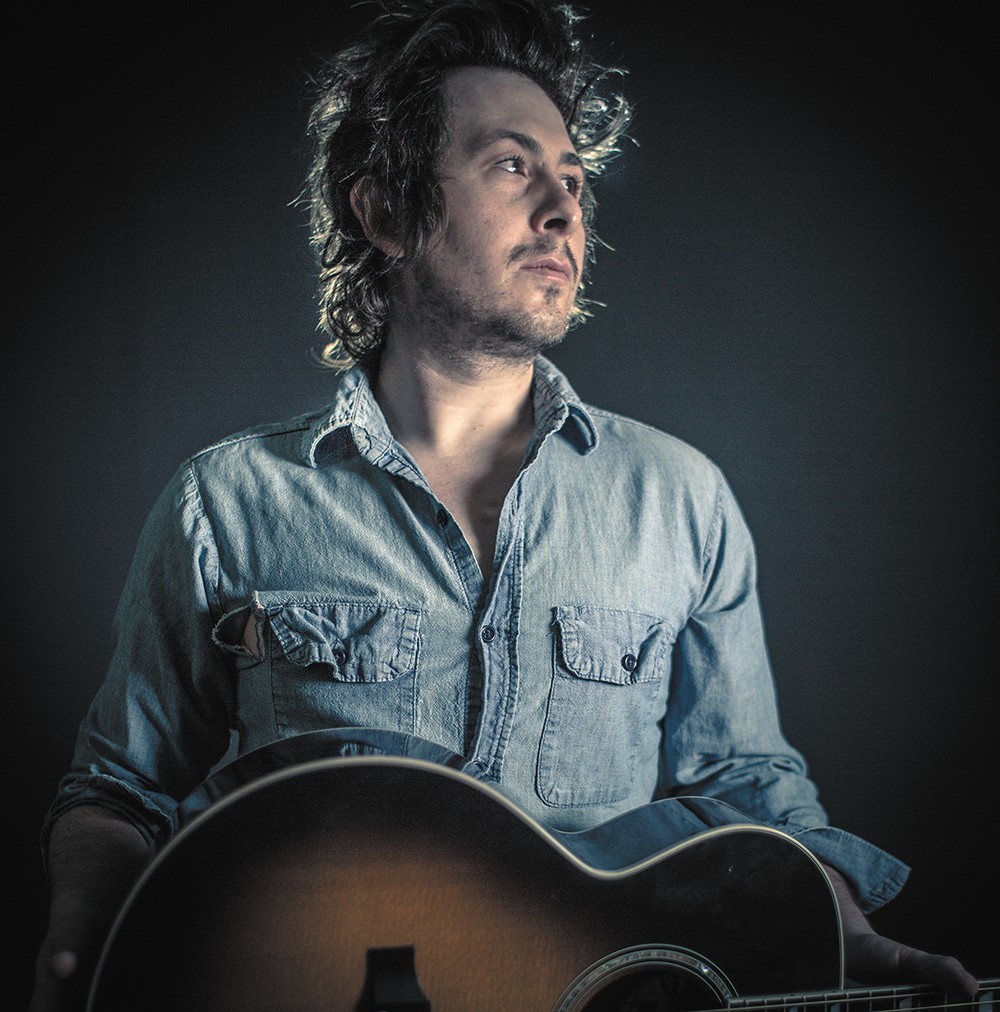 It's a Monday morning in late February, and Marshall McLean is a bit bleary-eyed.

And understandably so: He became a dad again just last night.

A week after the birth of his second child — his oldest is now 9 — the local singer-songwriter will be releasing his second album of original material, and while it's obviously not as momentous an occasion, it's one that's been more than three years in the making.

Over a cup of black coffee, McLean, 31, explains the gap between releases. He put out his solo debut, Glossolalia, in late 2013, and started writing a new batch of songs immediately after it was completed. The plan was to have the second record finished by the beginning of 2016. That didn't happen.

"I think I'm coming to peace with the fact that that's the kind of writer I am," McLean says of his unhurried songwriting methods. "When that's your approach, you're at the mercy of your own story. And I thought the story would come to me quicker, I guess."

That sophomore album is now finished, and its release will be celebrated on Friday night at the Bartlett. The record is called SoDak, a colloquial abbreviation of South Dakota, where McLean was born. The title was inspired, McLean says, by his earliest memory: His grandfather, a former long-haul truck driver, playfully calling him a "SoDak," apparently CB radio parlance for a person from that state.

McLean admits that he started writing SoDak with his grandfather as a protagonist of sorts. But as the writing process went on, the songs became more and more autobiographical.

"I've gotten my hands messy with this whole idea of autobiography," McLean says. "You might start to write another person's story, but there's always a point where it flows into your own."

in someone's fiction, but Spokane always seems to be breathing down the neck of McLean's songwriting. He's been playing music here for a decade, both as a solo artist and in bands, and he acknowledges that his sound is defined by his environment. He even name-drops specific Spokane locations in his lyrics, which he says other local artists seem reticent to do.

"Spokane has inspired me to reinvent myself several times, and maybe gave me the freedom to do that. We are in a city that gives artists more space, room to grow and change," McLean says. "This is where I live and these are the streets I see. It's the backdrop to my story, and I wanted to write some honest songs. I think you have to include your geography in that."

Half of the songs on SoDak were recorded live at the local studio Lead Pencil Records; the rest were self-produced with the band's own equipment in one another's houses. It's a more musically confident LP than its predecessor, but features the same trio of backing musicians: Justin Landis on bass, Jamie Frost on pedal steel, Jesse MacDonald on drums.

It also explores some of the same themes as Glossolalia — the fear of creative idleness, letting your mind drift on a long stretch of highway, being dragged kicking and screaming into responsible adulthood.

You can sense that trepidation from the album's opening track, "On a Roll" — "When will what I need ever be enough?" McLean wonders — and it continues to resurface throughout the next 11 songs. "I'm just spinnin' my wheels," McLean observes on "Level Out," "killin' time until I feel the time is right."

By the time he's reached "The Slowly Rising Tide," SoDak's penultimate track, McLean admits, "I've given up the wanderin' / To find where the song ends ... There's nothing wrong with getting old or being young."

But this is hardly an example of an artist bemoaning the drudgery of everyday life. If anything, it's a document of a writer coming to terms with normalcy and domesticity and fully embracing it. SoDak is a more honest collection of songs, McLean says, than Glossolalia, more "grown-up."

"I see more of myself in this record," McLean says. "I think we spend so much time when we're younger trying to create imagery to validate who we are, or trying to sound like something we're not. And everyone does it; I still do it, to some extent. But the more the stories become your own, you're not reaching to craft something that isn't there. I think maturity is the product of that."

And despite the wayward feelings that SoDak explores, McLean knows he can't just leave town on a whim like he used to, driving through the night for a $100 gig somewhere in Idaho. He's got a mortgage. He works part time as a graphic designer for Union Gospel Mission. Now he has another mouth to feed. And he's content with all of that.

"Having a family has forced me to quit running from things that aren't working," McLean says. "It's affected everything that I am. Childbirth is a rite of passage for anyone involved. There's a doorway you have to pass through, and it changes you. There's a version of yourself that you have to leave at the door. ... It's really redefined my idea of what success is, especially in a culture that defines success in the arts as fame and fortune." ♦