Local women-fronted punk bands unite in solidarity and in protest

Back in July, Kelly Fay Vaughn saw that the long-running punk act

the Casualties had booked a September show at the Pin!, the all-ages venue downtown that caters primarily to hard rock and metal. She took to her personal Facebook page with a post about the band's mohawked frontman Jorge Herrera and the sexual assault allegations swirling around him.

"A majority of the cases involve underage women. This show is ALL AGES," Vaughn wrote. "By having shows like this come through our city, it sets back our community and allows for complacency. ... WE NEED TO SHUT THIS SHIT DOWN."

The post was shared numerous times and inspired dozens of comments, both supportive ("Love your advocacy!") and not ("You're all so f---ing dumb"). The Pin! itself even responded, posting a comment on the business' official Facebook page, clearly directed at the anti-Casualties camp: "F--- the ignorant, self righteous, band wagoners!"

"I had to stop reading the comments," says Vaughn, who identifies as a victim of past domestic assault. "It was going off on my personal appearance, my credibility as a person, anything that you can say to tear down a person."

This was not, however, an isolated incident: A dozen of the band's 2015 Canadian tour stops got the axe in light of the allegations against Herrera, and there's a "Boycott the Casualties" Facebook group with more than 4,200 followers. It should be noted that Herrera has never been tried for any of the accusations leveled at him, and the Casualties themselves issued a statement in 2014 defending him.

"It is becoming infuriating," the statement reads. "The accused has to prove his innocence and when witnesses step forth to do just that, they are being ignored."

Just a few days after Vaughn made her post, it was announced that Herrera, the last remaining founding member, had departed from the Casualties; according to a public statement, it was because "the touring life was no longer for him."

But this didn't deter Vaughn, whose band Thigh Gap will be playing its first show at Mootsy's on Monday night. That date isn't random: The Casualties will be performing right down the street at the same time. This will be another punk show, but it will be dominated by women, including local hard rock stalwarts Itchy Kitty and Phlegm Fatale, and donations made at the door will benefit the YWCA and the Spokane chapter of the National Organization for Women.

"Regardless of the situation, I wanted this show to happen," Vaughn says. "When a band like this continues to play, especially where there's a ton of complacency and people looking the other way because just one person left the group, there's still that whole culture present.

"You took out the character from the scenario, but there's still a problem. You're setting a tone and an example." 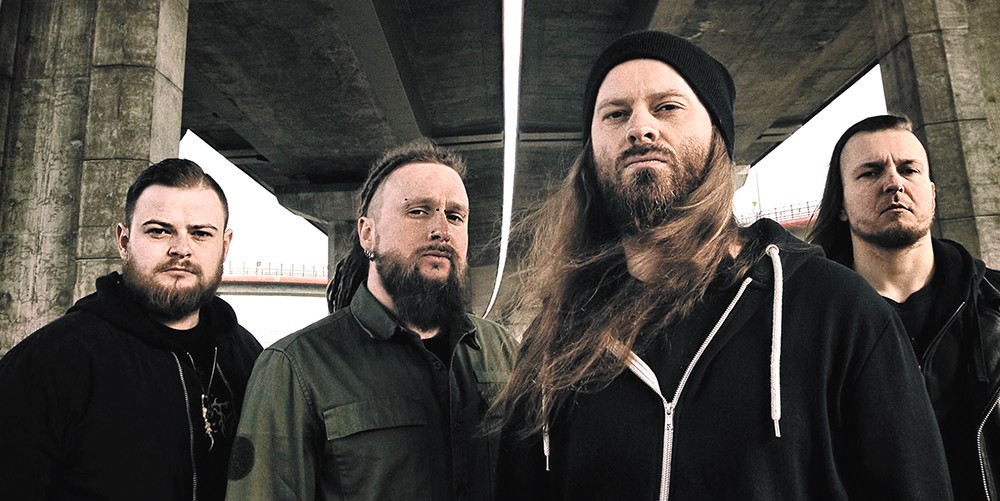 Members of Polish death-metal band Decapitated were arrested earlier this month of kidnapping and raping a Spokane woman.

The notion of touring bands bringing disturbing baggage along with them is nothing new.

The Bartlett faced a similar issue this summer when one of their bookings, the New York-based indie rock duo PWR BTTM, was mired in sexual assault allegations. The venue announced on social media that it would not be going on with the show; shortly thereafter, the band's entire summer tour was canceled.

"Before I announced anything, I got a couple emails from people who had tickets to the show who were like, 'I can't be in a space where there might be anything like that, because I'm a survivor of assault,'" says Bartlett co-owner Karli Ingersoll. "If a customer doesn't feel safe, what's the point of it all?"

And earlier this month, members of the Polish death metal band Decapitated were arrested for allegedly kidnapping and raping a woman in their tour bus following a show at the Pin! Scenarios like this prompt a difficult question that may not have a concrete answer: At what point is a venue no longer responsible for the actions of the bands it books?

"You can't control everything, but you can create a foundation of respect," Ingersoll says. "A lot of that starts from the kind of bands you let in your room. Sometimes you don't know and you find out later and there's not a ton you can do about it. ... You can't take anything lightly."

TC Chavez, owner of the Pin!, declined to comment about the Mootsy's show or the Decapitated incident, but he did point out that his venue frequently hosts charitable events, too, including one on Sept. 23 that will benefit Truth Ministries' homeless shelter. He also notes that Some Kind of Nightmare, one of the bands that will be opening for the Casualties at the Pin!, is fronted by a woman.

Still, there's no doubt that the issue is much larger than the alleged actions of PWR BTTM, the Casualties or Decapitated. The upcoming Mootsy's show is designed to draw attention to insidious behavior that Vaughn sees within music communities, both in Spokane and elsewhere. The poster for the show, designed by local artist Susan Webber, says it all: A leather-clad woman brandishes a switchblade, next to a comic book-style bubble that shouts "Complacency = Complicity!"

"When you address things and you're more mindful of the community and the spaces you're playing in, you're making it a better city to play in," Vaughn says. "Being female-identifying is already hard enough. ... Within all these marginalized groups, there are voices that have been muted for so long, and it's about goddamn time they're heard." ♦