Hillyard gets a new pizza joint that helps recapture its past 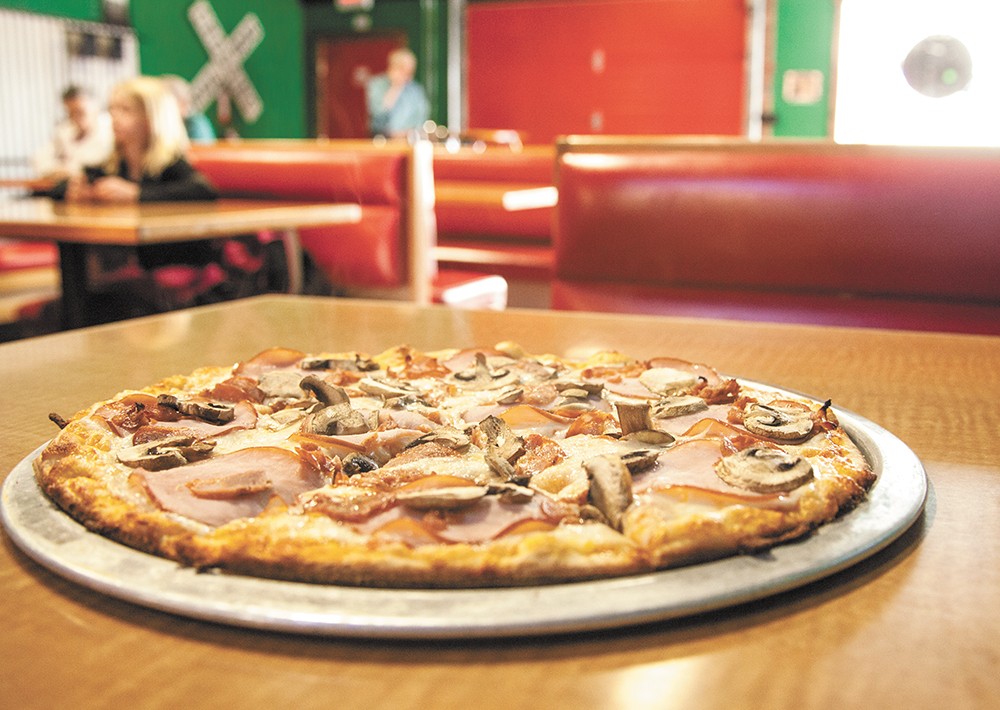 when the Great Northern Railway ran through town and locomotives were being manufactured, Hillyard was a bustling community. In the decades since, the depot closed and the bustle slowed.

But a new pizza restaurant, called Station House Pizza, harkens back to Hillyard's flourishing days as a train town with historical photos lining the interior, a custom-built Empire Builder train car looking into the kitchen and a wooden ticket booth housing the register.

More than just help people remember how Hillyard used to be, says Station House co-owner Dwayne Alexander, he wants them to see how Hillyard — which he says people picture as run-down — has changed for the better in the past few years.

"We're trying to bring people into Hillyard," he says.

Part of that was creating a family-friendly eatery in an area where few exist. Though you can order beer and wine with your meal, the focus is the pizza, a thin-crust-style pie made with laminated cracker crust, spread with whole mozzarella, and cooked in a gas brick oven.

Jake Samuelson, the restaurant's general operations manager, got permission to follow in the footsteps of pizza maker John Fazzari of Fazzari's Finest in Clarkston. He visited Fazzari and learned his techniques — like how he brushes the sauce on the dough instead of using a ladle — and learned his pizza combinations, which make up Station House's menu, but with Samuelson's own spin and different names.

One of the most notable pies on the menu, The Hobo ($16.40 for 13-inch; $22.65 for 16-inch), comes stacked with sauerkraut, onions and Portuguese linguica on top of Swiss and mozzarella, with mustard sauce underneath. It's modeled after Fazzari's Shotsy, which was featured in a BuzzFeed "18 Pizza Joints You Must Try Before You Die" list in July.

"It tastes like a brat coming off the grill without a bun," Samuelson says.