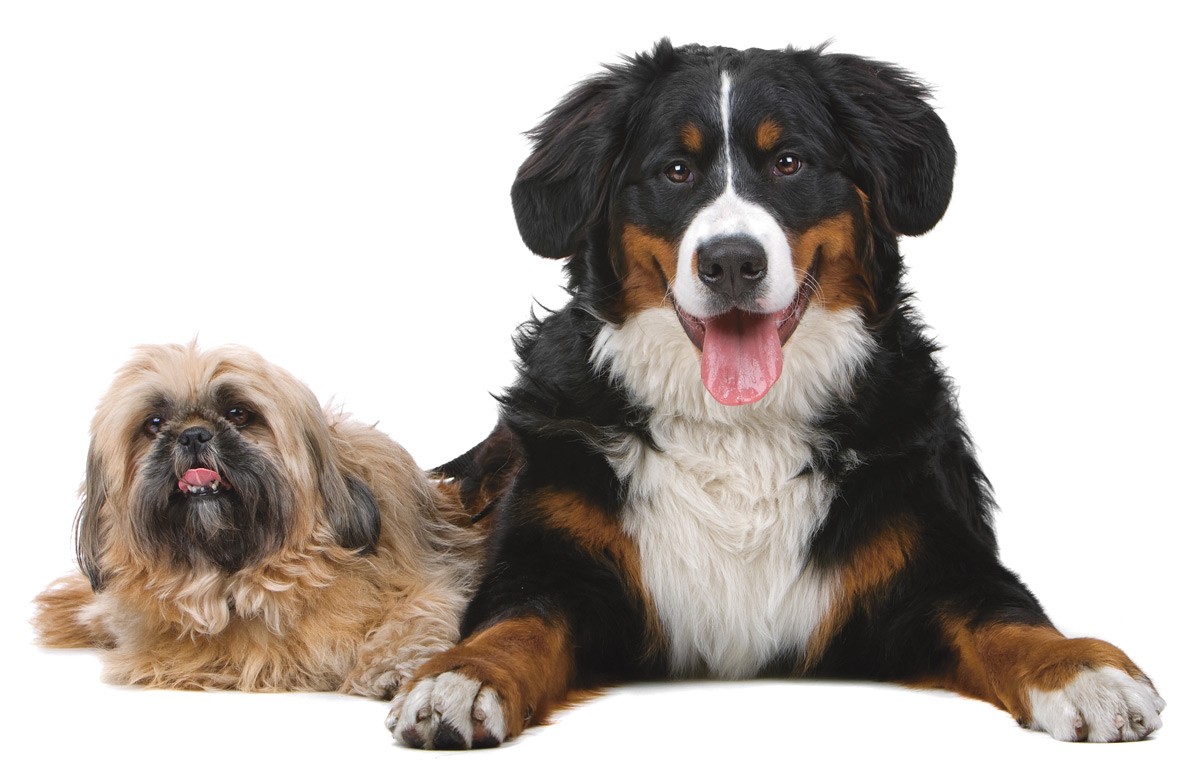 Reflecting on my years as a veterinarian, I recall too often the times I found myself in surgery suturing up the damages done by large dogs beating up on the smaller ones of their species.

I experienced this dilemma directly when I adopted Sadie into my canine family. As a Shih Tzu, Sadie found herself at the smaller end of the canine spectrum. The problem with Sadie was she failed to realize her size mattered when it came to rivalry with other dogs. Sadie had managed to deceive herself into believing her rightful role in life was to be the alpha dog, the boss dog of whatever pack she found herself in — regardless of her petite size.

Unfortunately, this delusion was encouraged by her two housemates — Shilo, a yellow Labrador retriever and Bailee, a Springer spaniel. They cowardly surrendered to her bossy nature as just a soft snarl from Sadie's curled lips would send them scurrying for cover, encouraging her dominant personality.

I thought living out in the countryside, far away from all those city "big-dogs" would keep her safe. The nearest big dog lived on the farm next to us, but Gus was too old and too arthritic to be of any threat to Sadie. This was all to change early one spring morning when I noticed Sadie quietly staring at the front door, which was her way of telling me nature was calling. I followed her out and stood patiently waiting on the porch as she wandered about the yard sniffing to find that perfect spot to mark her territory.

The morning chill kept the forest surrounding our home shrouded in a mist. My eye suddenly caught sight of something in the haze just at the edge of the yard. Looking closer I realized what I was seeing was a big-dog sitting quietly on its haunches, staring intently at Sadie, mouth open... it was a coyote!

I knew as soon as Sadie caught sight of this intruder her alpha nature would kick in. As I leaped from the porch, Sadie, still in her squatting position, suddenly noticed the big-dog and let out her best alpha, little-dog snarls. 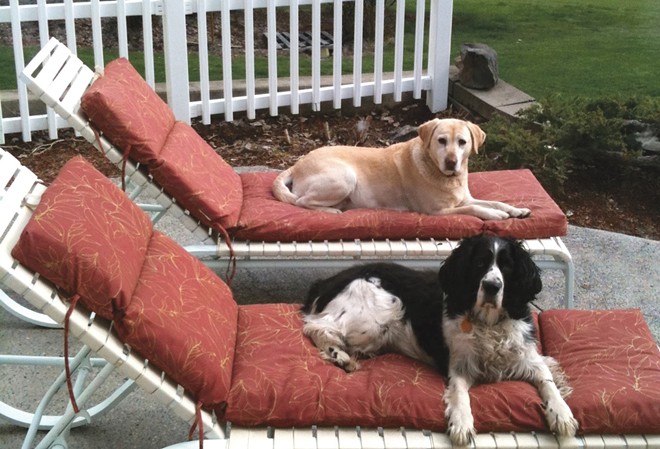 Wisdom was not Sadie's strong suit. Fortunately, I was able to grab her by the collar before she could muster an attack. I glanced over to see how the coyote was responding to all the commotion, and I was dumbfounded by the coyote's composure. He was still placidly sitting, staring at this little-dog as if I weren't even there.

Then, calmly rising off his haunches, he turned and leisurely trotted off into the morning mist. Just before he disappeared, I noticed another one, his partner in crime, follow him quietly into the woods. I had no doubt whatsoever that Sadie narrowly missed becoming a morning meal for these two hungry marauders.

Sadie never changed, never learned that her alpha nature was not an asset. I never took her on walks without bringing along a leash, just in case we might encounter another big-dog somewhere along the way. Surprisingly, she lived a long, full, happy life. She succumbed to a rare kidney disease in her 16th year — 80ish in human years. She was a lucky little-dog indeed!

Over the years I've had a number of my rural clients wonder what happened to their cat or small dog, saying, "I just let him out to do his business, but he never came back." A coyote just might have been responsible.

So, a word of caution: Coyotes, like deer, have adapted to our human world and are frequent visitors, especially around our rural areas. They are wily critters that challenge us to keep a close eye on our small pets.

Robert Slack is a retired veterinarian living in Spokane. He currently works with people struggling with addiction.

The original print version of this article was headlined "Big Dog vs. Little Dog"

Sometimes an animal at the office is a very good thing